Since doing powerpolling before you even see how a team clears its throat, you are forced into making two equally absurd choices in putting together a poll. You can compare the zombie past to the living present, take the two, and then suture them together into one tortured being with a short lifespan and incompatible parts. This would be choosing to fail by compromise, and is a failing faily failure.

The other way to poll, and in truth the more honest way, is to guess which teams you think rank in a specific order of goodness going into the season based exclusively on their personnel, and then proclaim this to be the greatest fixed guess at exactly how things will shake out for 2010. This is a bit like picking the exacta in a horse race, but with 25 places, no chance of getting it right, an a tab of LSD sizzling away in your brain while you're trying to to it. (Also, you're on fire the whole time, but that should be understood.)

Both are random, incorrect, and hilarious. 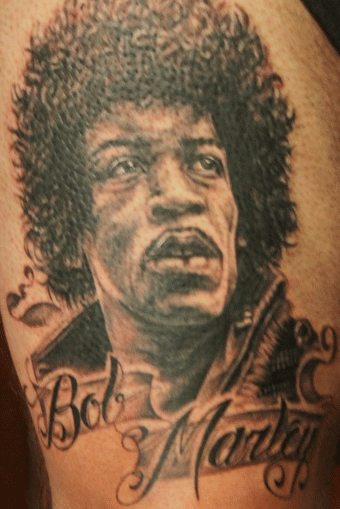 So with that we pronounce this first shot at a preseason poll an unhappy living/dead combo of the two approaches, which leans a little heavily towards the ballsy and ballsy-stupid method of  a horrible half-frog, half-goat beast configured thusly:

1. Texas. WOOOO MUSCHAMP. And seven returning starters and cake-y Big 12 schedule. YOU HEARD US RIGHT DUSTBOWLERS: you're going for the second straight year to the national title game, and will have to face Ohio State in a disastrous last-second match to the pain.  Mack Brown has won ten games a year since 1973, and has the bellbottoms to prove it. Of the Big Four--Texas, Florida, Ohio State, and Alabama--Texas has the best combo of returning defensive starters and established defensive coordinator, and this is our usual tiebreaker for who to back down the stretch.

(This would be Big Five, but USC is on extended unpaid leave.)

2. Ohio State. Watch and thrill as ectomorph Troy Smith terrifies the entire Ohio State fanbase with his dazzling talent and occasional chafing at the Tressel-bit!

3. Florida. From this point down, everyone has two losses except Boise, whose WAC schedule no one takes seriously.  Everyone, including Florida, because this is going to be that kind of bloody, casualty intensive kind of year. Because we're extremely bored (and oh boy, look at number five for evidence of that,) we're calling for Florida to beat Alabama on the road outright, and then blow a stupid game to Miss State or Florida State because that's just how we're going to roll in 2010, and this applies to everyone.

Have we told you about how Tennessee's going to upset Oregon, and then spend the rest of the year looking back at that moment of glory sliding away from them as they plummet into an abyss from that high point? WE RIDE WITH SATAN THIS YEAR. (Other 2010 motto: it's okay, we've got bleach.)

4. Boise State. If you're wondering on where the glass ceiling for Boise State is, it's right above this line. When they move to the Mountain West, it goes up to just above the two spot.

5. Washington. Polling is boooooooooring, so we're throwing a purple smoke bomb in the door of the party.

We long for the days of the pre-USC Pac-10 when anarchy ruled, a new team rose to snag a title out of the air with tons of points and occasional stops on defense, and even a dude like Bruce Snyder could grab a Pac-10 title if he stuck his hand in the automat door at the right instant. Year two is the new year three, Jake Locker is the new Jake Plummer, and Steve Sarkisian goes to the Rose Bowl in the second edition of the revamped carousel Pac-10. Sometimes you have to split twos just to see if the nine-ten-stay-nine-ten-stay streak really can happen. We're the drunk Irish tourists at the casino here. Do your worst, dealer.

6. Alabama. The West is going to be so much harder to get out of this year, and with the losses on the defensive side of the ball Alabama will be playing well out of their (and Nick Saban's) comfort zone. Yes, they're juniors with experience in the program, blah blah blah, but they're new starters nonetheless and that will have an effect. On the fuzzier psychological end, Saban's going to wear them down just like he wore down the 2004 team, and fatigue will take hold. NO THEY AIN'T WE GOIN' UNDEFEATED<-------every Alabama fan's response to this ever alleluia Amen Hail Saban.

(Nevermind that this is probably a two loss team at worst, and could still make the SEC title game and win. BLASPHEMER.)

7. TCU. Bit dodgier on the defensive side, especially without pass rusher Jerry Hughes, but offensively superb. The slightly smaller one in the pair of Littlest Giants with Boise. QB named Dalton, who you thought would be bigger but who can still kick your ass in designer jeans.

8. Miami. This is primarily a defensive pick, though Jacory Harris will improve both his passing skills and impressive Armani accessory game. Get UNC, VT, and FSU at home in Miami, which is really only an advantage in that they do not have to travel since there's little Miami home field advantage. Think UNC, but with an actual offense and less hype. Brand code name for this pick: GROUND FLOOR FOR THE SEVENTH FLOOR.

9. Wisconsin. Fluffy schedule-wise, and of course they lose to Ohio State, but being the second biggest bully on the block of smallish bullies that is the Big Ten is a prize spot nonetheless. Taking Iowa's spot this year, because putting Iowa this high and then expecting them to live up to it given the way they play is asking for a cardiac event.

11-25 to follow as soon as we make up colorful bullshit for what are stinking filthy guesses by anyone's definition.