Share All sharing options for: THE CURIOUS INDEX, 7/BARFIGHT/2010

Oh, thank you football gods. You are sometimes cruel and often crueler, but today we sing praises for your offerings: seven to ten Tennessee football players involved in a barfight? Flying barstools? An off-duty cop knocked out and left for speed bumpage in the middle of Cumberland? A bar called "Bar Knoxville,"  a name so lacking in creativity it couldn't even go for the uber-pretentious "Bar?" OH CROM LAUGHS TODAY AND WE LAUGH WITH HIM.

"All the security then rushed in and were trying to break it up. My husband saw them picking up bar stools and starting to swing them. We got them out the door with security...All they said was these several gentlemen just started beating the tar out of this one," she said. "There was blood. There was ripped shirts. It took pretty much all my security to get them out."

Seven to ten guys in this case--with Da'Rick Rogers and Darren Myles confirmed as participants of some degree--rampaged through a bar in response to one dude, and then pummeled an off-duty police officer into unconsciousness and kicked him while he lay on the ground.

Two serious notes follow the initial glee of finding out one of your rival schools just capped the worst offseason in their program with a hellacious, public, and documented barfight.

1. There's a dude unaccounted for here. The off-duty cop was headed for the ICU, but was alert according to Josh Ward. There's no immediate update on how he's doing, but a.) we hope for the best obviously, and b.) It's quite chivalrous to literally kick a man while he's down, shitbags.

2. The small matter of a small but obvious NCAA violation. From the bar owner:

We had all the UT football players come in. They’re on a first-name basis with my husband (and co-owner), and they get VIP status, which means they pay no cover at the door.

So there's that, too. /endseriousnotes

Between the Curse of the Mangino and the Curse of Fulmer, the raging hexes of tubby fired coaches continue to buffer the hulls of even the sturdiest college football ships of state. Only offerings of incense, donuts, and piles of pecan logs can appease their howling supernatural anger, something Rocky Top Talk might want to get on with a quickness.

NOT HALF BUT ALL THE ACC GOODNESS. Remember: ESPN bought not a piece but all of the ACC's football rights, meaning you'll get Pam Ward for miles due to concerns about her mental health. (Years of the 12:00 p.m. Indiana/Purdue game slowly drove her to the brink of madness.) And now they pass that on to you, ACC fan!

In a bit of real news, though, Doc Walker is out as Raycom's color man, though the network itself still holds some rights in the deal and will continue to broadcast ACC bouts ( without Doc Walker, though, which is not ACC football at all, you bastards.)

MENDEL WOULD BE PROUD. Eleven Warriors dabbles in simple genetics, and does so brilliantly. 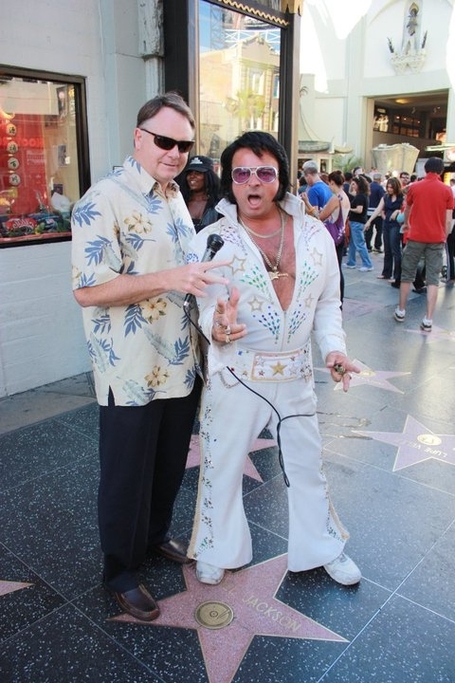 It's Friday, and Houston says DEUCES, Y'ALL. There's aces to deal and panties to steal.