Other things not wanted: a script not tweaked to skirt awarding Buzz Bissinger royalties for a thinly veiled fictionalized Friday Night Lights, career longevity past the year 2002, any understanding of how football works (the movie's football scenes are deplorable,) or HEY-A ALI LARTER, because as anyone who dabbled with whipped cream in ill-advised high school sexual experimentation knows, whipped cream leaves you smelling like a rank old dairy cow after three seconds, and nothing's sexier than that. (Use the non-dairy stuff if you have to, or god forbid you just eat some pussy al fresco like a real goddamn American should.)

IN REGARDS TO ILL-ADVISED SEXUAL ESCAPADES: Georgia may be raiding the cabinet at Florida for their next Athletic Director, with mention of Florida assistant Greg McGarity being made since McGarity is a.) quite bright, b.) a Georgia grad, and c.) covered with shiny dewy Florida win-juice. The AJC notes that he may not be considered by UGA President Michael Adams because he is a "Dooley loyalist," a charge we would assume was ridiculous if we didn't think Adams--the same douchebag who wanted to change the name of the World's Largest Cocktail Party--actually thought in Maoist political terms about everything. Political people see sleeper cells in the intern who doesn't clean out the coffee maker, and are off the charts on the paranoia scale.

LO, A NEW PIPELINE. DE Malik Jackson will take advantage of the transfer window at USC to dive into the rotation on the Vols depth chart, a nice piece of situational irony since Lane Kiffin did spend one spectacular year at UT redefining moral victory before taking his dream job of coaching in the ashes of the Pete Carroll era. ("I've always wanted to live in a bombed-out house with a hole in the roof . Some would call it a hole in the roof; I like to think of it as a skylight.") Wes Rucker thinks Tennessee will try to get Jackson to beef up and go defensive tackle, since they actually have DEs and badly need some beef in the middle.

AN EIGHTY PICTURE SLIDE SHOW? (HAS EIGHT HOURS OF WORK TO KILL) SURE I'LL CLICK. Michigan's renovations do have some nice touches: the winged helmet accents on the glass, Bo Schembechler staring out of the walls, the Death Star facade of the luxury suites. The downside: not taking advantage of the smoked glass of the club level to mount toilets facing the field so that a mid-game intestinal emergency doesn't interrupt your viewing of the contest.

VILLAINS: Ohio State has them, albeit mostly in a beloved fashion. Note: not included is Craig Krenzel, the Meth King of Central Ohio and inspiration for the television show Breaking Bad.

BUT COACH I WANT TO PLAY ON PAVEMENT.  Why grass is an issue we don't know, but apparently the Jumbotron is really something recruits care about when Notre Dame comes calling:

!Do you have the facilities to compete with any program in the nation?

A: Infrastructure, no. But as you know, there are some unique things about Notre Dame. And one is that we have no Jumbotron. We have no advertising in the stadium. We play on grass. It's not the head coach saying that those are negatives. They are unique and we sometimes have to address those in recruiting.

We all know why this matters: because every recruit, no matter how few stars they hold, wants to play the first-person shooter of their choice on Jumbotron at least once before they commit to a school. At the rate Notre Dame changes, the best they will do in the next few years is offering to let a recruit play Dig Dug on a black and white tv plugged into an outlet on the sideline. (Which, for the hipster recruit, may be the perfect non-pitch pitch, and acknowledgement of his carefully cultivated "personal brand.")

It's actually quite a candid interview, and we don't mean in that asshole "candid=being a dick" way that Weis interviews were.

KANSAS STATE DOES NOT BELIEVE IN NEGATIVE SPACE. You want busy posters, you want Kansas State football. That is five mustaches and three curvy ladies in saris away from being a Bollywood poster.

THIS DOES EXPLAIN EVERYTHING: In honor of Jamarcus: 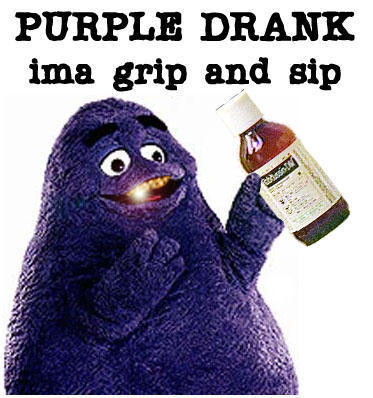