Why, oh why, does two drinks seem to make the most sense to drunk drivers pulled over for suspicion of DUI? No one admits to having three drinks, perhaps because three drinks is quite a vent of the old steam valve if you're doing it properly. Admitting four is just admitting that you've had twelve, because four properly mixed drinks should get anyone but the most hardened soldier a proper degree of welcome shell shock. Five and above is the truth, and should never tell that when asked the question "How many drinks have you had tonight?" by anyone. 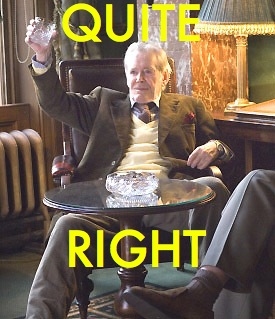 So two drinks it is in the brain of the drunk, the total amount Oklahoma fifth-year senior Mossis Madu admitted to having when Norman police pulled him over at 3 a.m. on Saturday in an overly chill state. (Overly chill to drive, that is.) Madu may not have been lying when he said two drinks as long as they were served in beer steins, and were martinis: he blew a robust 0.19 on the breath test, and was charged with DUI.

Madu's hopes for playing time may not be dead, however. Bob Stoops says he expects Murray to shoulder much of the load this season in an Adrian Peterson-ish fashion. This means Murray has a 66% chance of breaking his collarbone, so stay fit, Mossis.  In the meantime, you score two points for the Oklahoma Sooners in the Fulmer Cup. Also, if you're reading this out loud in your head, we're pronouncing this "Moss-Iss," because that is a very, very silly way to spell Charleton Heston's name, and we would say that to your parents and their faces and everything.