INTO THE MOUTH OF MADNESS: DIAGRAMMING A LES MILES SENTENCE

Share All sharing options for: INTO THE MOUTH OF MADNESS: DIAGRAMMING A LES MILES SENTENCE

Don't ever, ever, ever try to do what we did from 10:50 p.m. to 12:00 a.m. last night. Dear reader, we opened a portal to another dimension, and scurried back from the slimy, reptilian ice-hell horrors we saw a shaken wretch.  We saw the bones of men wrought into arcane palaces for bloody rituals attended by faceless demon-gods. We saw iron masks mouthing incomprehensible syllables as dead eyes glowed in their sockets.  We saw time itself molested with taffy-covered hands.

We attempted to diagram Les Miles' answer from last week about how the oil spill was affecting Louisiana.

The results of what this looks like are after the jump. WARNING: there are two versions, one translated into visuals, and the raw document itself. Both will drive you to madness, and leave you as it left us. We'll be wandering around the rest of the morning painting the walls with occult symbols and claiming " THE NUMBERS ARE TELLING US SOMETHING."

Now, if you dare: the diagrams, after the jump. 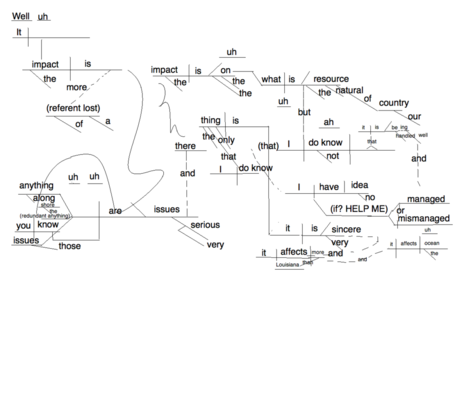 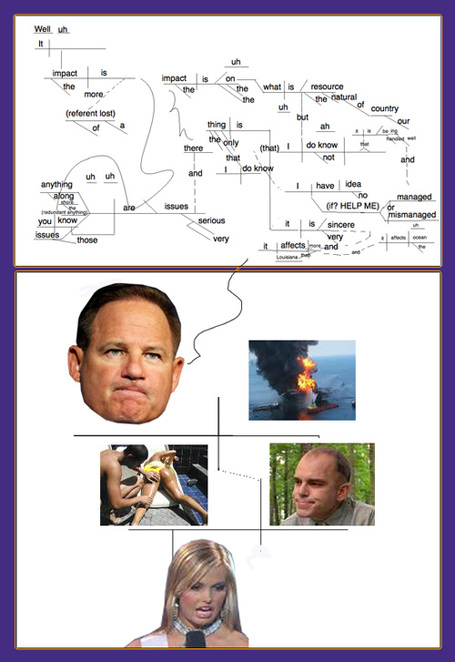 No, it's not perfect diagramming either, but IT'S LES MILES TALKING. The rules went out the window at the third stranded dependent clause and eighth UM. May God Have Mercy On Your Souls.