The Big Board comes to you this week as it always does: composed by Boardmaster Brian. who constructs them, wraps them up in a tightly wound mass of rawhide and thread, and then thumps them off a tee and over the outfield wall with his enormous member.  Corrections, apologies, and blatant appeals for your forgiveness at our inability to perform basic arithmetical operations follow. 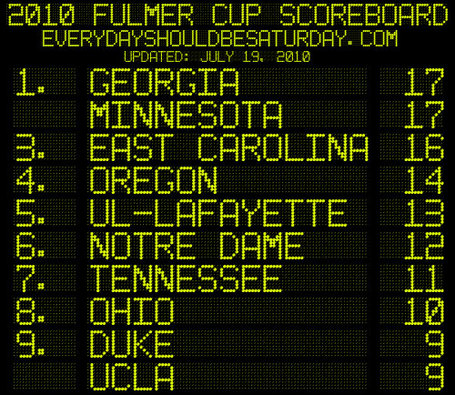 PARITY, THY NAME IS FULMER CUP. It's an exceptionally deep pool this year: think of it more as the Pac-10 than the usual top-heavy arrangement we see in the Cup. It's been an especially bustling year for alcohol-related offenses, and while no data sets can confirm our suspicions, we blame the usual suspects.

Minnesota and Georgia stand atop the Fulmer Cup Scoreboard because they did things the old fashioned way: one drunken bit silliness at a time. Georgia in particular was aided and abetted by the Jack Lumpkin effect, as illustrated here by this excellent recommendation from Voodoo Five. (We'll take that under consideration, sir.)

WARGH UP ZE MEGGOS: The Indiana State Excise Police must have gotten a package deal on zip tie restraints. "Henson! HENSON! Did you add a zero to our order? What the blind hell are we going to do with three thousand zip tie restraints--house party, you say? Well, shit, Henson. That's a capital idea you've go there." 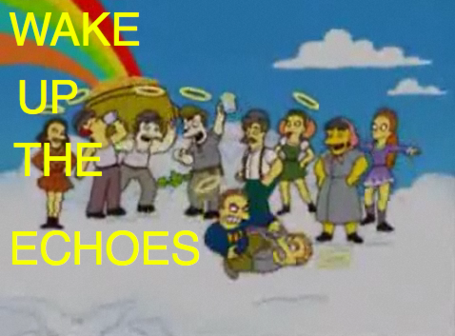 Testing the limits of the "they can't arrest us all" theory, the South Bend Police Department responded to a call about a loud party early Saturday morning, since the crack-infested Gary-with-training-wheels had been rid of all murderers, thieves, rapists, and arsonists for the night, and the hardworking police of the town were determined to stamp out crimes both large and small. 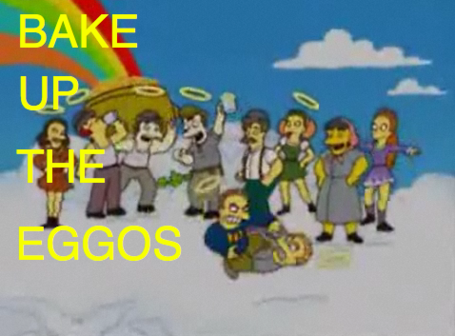 The South Bend cops beheld the bacchanal. So brahsome was it and so intimidating that the South Bend police, overwhelmed by the manifested display of force only drunk 19 year olds can muster, called the most ruthless police force in Indiana. And at that call, in sprang those hardened seraphim of the law: The Motherfucking Indiana Excise Police. That's their official name, because they want you to know just how serious they are about the motherfucking Excise Tax, bitch.

/turns head to side 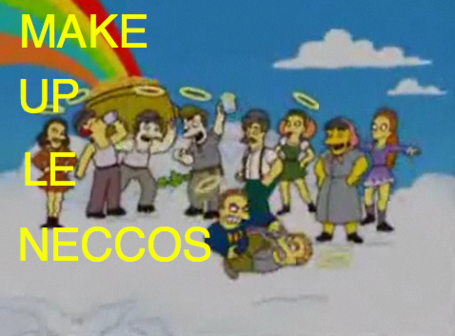 The Excise Police--tasked solely with enforcing alcohol laws---raided the party, arrested forty-four people (forty-two of which were ND students,) and nabbed twenty Notre Dame athletes in total for underage drinking. Eight of those were Notre Dame football players, including Nate "Nick" Montana, who transferred from Washington just to get arrested at this party. Having eradicated crime in South Bend, they retired for the night and walked away in slow motion from the exploding house they just raided.

The Excise Police are far more important than you might think. For instance, they are at the forefront of important research into breast-smearing and the best materials with which to smear breasts with at parties. They seem to have landed on "whipped cream," but the EDSBS Breast Smearing Task Force could not disagree with the choice more based on our extensive research. Our dissenting opinion: Lush's Gorgeous is the only proper breast-smearing emollient, and should be applied with the utmost of respect and tender care. The price is lofty, but if you're putting a price on breast-smearing you clearly don't understand what this sport is all about, philistine.

The Excise Police also save lives. Here to comment on that is Excise Policeman Ronald McDonald, who performs his daily tasks despite an albino complexion. (His shoes are huge, though, ladies, if you knowhaddImsayin har har har you'd be having sex with a clown AND a useless puritanical state functionary.)

Officer McDonald said 88 underage drinkers were ticketed for illegal consumption of alcohol. The majority of them were University of Evansville students.

The female adult resident hosting the party, also a U.E. student, was charged with aiding or encouraging minors to consume alcohol.

"Had we waited until 2:30 or so, some of these youth might not be with us today," McDonald said.

SAVING LIVES, because drunk 18 year olds in Indiana are cute, sure, but if you get them drunk after 2:30 they become raving bipedal reptile-beasts obsessed with creating mayhem, chewing the electrical wires on aircraft, and getting their hands on a really good order of fries. French fried potatoes are what for eatin' at the Applebees only, kidlings! Now get out of that attic for some breast-smearing! It's okay, because it's research. 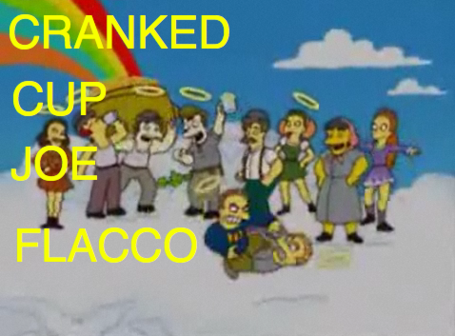 Please note we've spent most of this Fulmer Cupdate slagging the Indiana Excise Police, and have not mentioned the eight Notre Dame players caught for underage drinking. They are awarded a point each for underage drankin', and get a bonus point for Notre Dame's automatic bonus point for anything (see: BCS.) We'd give them a point for just living in Indiana, a state we have an irrational dislike for anyway, but our awareness of said irrational dislike prevents us from making more than one capricious point award per crime.

In summary, Indiana is a useless flat shitsheet of a state, and not deserving of any bonus points since the best part of it left when Rex Grossman did.

Nine points for Notre Dame in the Fulmer Cup, and an official return to competition on a national scale following on its heels: the two shall e'er travel together. Yours, an SEC fan.

PITT: We wrote this last night before the details came out, and whoa Nelly were we right:

Jabaal Sheard, Pitt DE, must have given someone a Habsburg Chin through upper cut, because average bar tussles don't often earn felony assault charges as well as three other misdemeanor charges. Sheard got into some kind of titanic fracas and unleashed hell and six neighboring territories on someone, earning Pitt three for the felony and three more for the disorderly conduct, criminal mischief (tee-hee!), and resisting arrest charge. (The Resisting Arrest Charge: the Bank Of America service fee of Fulmer Cup points.)

Hell-unleashing is right: Sheard pulled a Charles Barkley on Edward Parker, the man he was beating senseless when Pittsburgh police ordered him to stop. He declined, evidently.

The officer said he identified himself as police, ordering the two to stop, but he said Sheard ignored him and continued to beat Parker in the face and body. Other officers arrived and unsuccessfully tried to break up the fight, police said. One officer used a baton on Sheard, who grabbed Parker and threw him through the glass door of the LaFond Gallery, police said. As Parker laid on his back bleeding, police said Sheard continued to hit him, which is when they used pepper spray on both men.

The LaFond Gallery is a contemporary art museum, so this was clearly an aesthetic argument gone haywire.

Six points for Pitt In the Fulmer Cup were initially awarded last night, but the plate glass throw surely deserves a bonus point, so if the official Fulmer Cup watchers would update to seven points, that would be really ultra-nice of them please.

OLE MISS: We don't know who the hell "Feted Scott" is. Now, "Fetid Scott?" The Great Sanitation Ranger of the Grand Tetons, noted for his ability to clean an outhouse faster than any Chinaman and feared for his sharpened Teton-plunger of Death, which did dispatch many a man on the open range after Scott's titular stench a-stunned them.

Rodney Scott got his car keyed, and in turn put on his own Wild West beatdown on a man with a Wild West name, an "Elmer Johnson" who keyed Scott's car. Scott objected, the two were found rolling on the ground, and the SEC's reigning Sportsman of the Year was charged with disturbing the peace. In keeping with his title, Scott certainly told his foe to brace himself, and gave him the option of resolving the situation through the slapping of faces with white gloves.

UM coach Houston Nutt said Scott's car was "keyed," an act where a key is used to scratch the paint on a vehicle. "That's GIGGITY what triggerFARKUS'D it," Nutt said. "(RRAHHDNAAY's) car is BLANGFLANGED IT torn THA GIGGITY up. But he's got to GIGGITY DANG handle it better."

One point is assessed for Ole Miss in the Fulmer Cup. 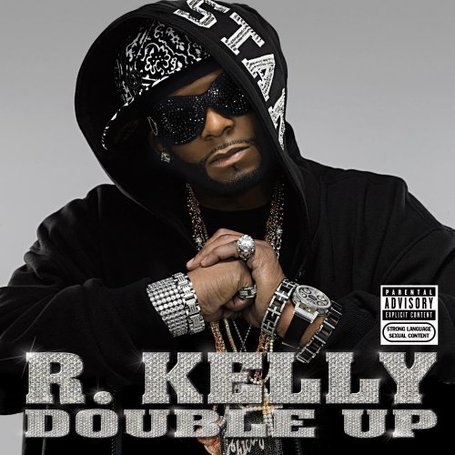 Double Up is right up there with TP.3 as far as being R. Kelly's worst album. Every artist is allowed a foul-up. Kells' foul-up was TP.3, but he's done it again with Double Up. It doesn't appeal to those who came up with him during the time of Born into the 90's, 12 Play, R. Kelly and R. Like many reviewers have stated, R. is 40 now. It's time to make music to reflect it. Double Up has some of the weakest lyrics I've ever heard from an R & B album.

Like a child you spurn him for giving you what you need, not what you want, Coach "Coach" of Amazon.com. He wrote "Sex Planet." SEX PLANET, DAMMIT:

He wrote that. Took out a pen, wrote it on the back of a girl of undetermined age, and then filled a recording booth with nipple high chocolate syrup and read it off her back through some kind of freaky brocaded R Kelly bondage goggles.

So, yeah where...Aaron Moore! Iowa State defensive end, hits two dudes and runs, and still not as epic as R. Kelly, but no one is. It does get him two assault charges, which at one point each would equal a mere two point charge for Iowa State if hitting two guys at once didn't get you a bonus point for sheer assault-y zest, which it does.

Three points for Iowa State in the Fulmer Cup.

PENN STATE: Wideout Curtis Drake was cited for disorderly conduct by overly jittery State College cops during ArtsFest weekend because he and Penn State basketball player Taran Buie were "horsing around." in a bullshit-strewn Fulmer Cupdate, this is most high bullshit, but points must be awarded anyway.

One point for Penn State in the Fulmer Cup.

MARSHALL: If you wonder what the limit for Doc Holliday is re: arrests, the number appears to be four. DeQuan Bembry, cornerback for the Thundering Herd, was arrested at 3:23 a.m. Sunday morning for DUI, his fourth arrest in 16 months for the Herd and the final of his career as he is now off the squad in a permanent-ish fashion. Holliday is a former Florida assistant, but even Urban Meyer doesn't think this is harsh at all, because dude seriously four strikes doesn't even make sense in Dada baseball.