PAC 10: WE HAVE A THING FOR ASIANS

Share All sharing options for: PAC 10: WE HAVE A THING FOR ASIANS 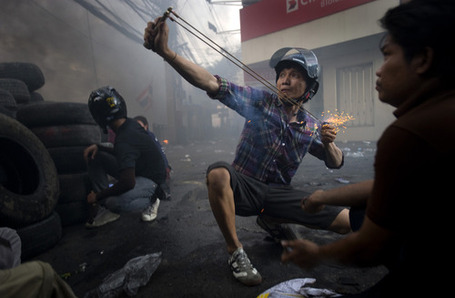 Of all Larry Scott's insanely large ideas for the Pac-10's growth, this needs to be plucked from the discussion.

"I think we’re going to be the first collegiate conference to really have an international marketing plan, which I do envision in the future will include broadcasts of our contests and games internationally as well as competitions," Scott said. "You’ll see our student-athletes playing in an organized way in Asia."

This can only mean one thing: BOSS-ASS ASIAN BOWL GAMES. in case you don't know, we missed out on the upside by wisely leaving the United States during the boom times and heading to Asia to make pennies teaching English. <---SPOKEN LIKE A FINANCIAL WIZARD. We thus already have several sites scouted for Pac-10 bowls, and several sponsors in mind.

THE JAPAN BOWL, sponsored by TAKAICHI HOME TENTACLE SEX KIT. It's the bowl games for lovers, and custom made for schools with budget problems since Tokyo hotels come at the reasonable rate of $400 a night for 250 square feet and a squat toilet. Gift bags include Suntory Whiskey and affirming non-affair affair with an improbably beautiful woman well beyond your paygrade as you bond over your mutual existential despair in a hotel.

THE BANGKOK BOWL, sponsored by PANDA MEAT. Maybe you don't want to see Mike Patrick in Bangkok, and maybe you're a person who doesn't understand how truly magnificent this would be, especially since Craig James would have to be there as his broadcast partner, and could end up being sold for his parts. Could also feature unique in-game factors like drifting clouds of pepper spray and transsexual cheerleaders.

THE SHENZHEN FOXCONN/APPLE iPAD BOWL.. Players each receive an iPad made during the game on the sidelines by smiling Foxconn workers. NOTE: worker suicides will not be permitted during the game, and workers must remain on duty for the length of the game and for 38 hours afterward.

THE DEAR LEADER PYONGYANG BOWL sponsored by HENNESSY. Participants in the DEAR LEADER BOWL may NOT leave the hotel and may NOT take pictures of ANYTHING. Leave the pictures to the Koreans, please. 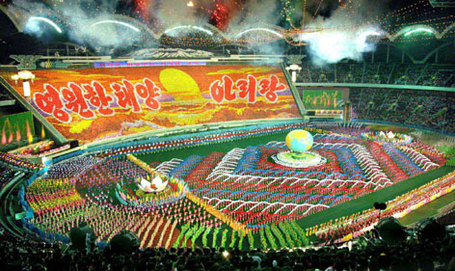 P.S. Refusal to lift aloft cards placed under your seat in a timely, diligent, and orderly fashion may result in being shot LOL KTHX KIM JONG-IL.