Last week the SEC billboard monster reared its head again, this time only in the theoretical for the Lane Kiffin Dream Job billboard, but the issue still nags: do we still live in a South based on an honor culture? Do we feel the need to climb the water tower in Foxworthy-esque fashion to defend our sister's honor, basing all debates on the verdict of communal eyeballs? Why, Dirty South, must we insist on shining for shining's sake, even at the expense of public dignity, economic well-being, and logic itself?

[Mob answer: YOU SHUT THE HAIL UP FORE WE KICK YOUR ASS.]

Leaving this knotty question behind, let's ask another one: why hasn't the rest of the world caught on to this yet? The potential is unlimited, really. 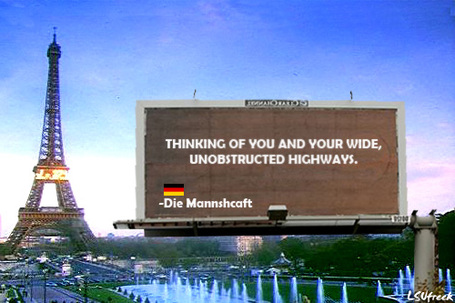 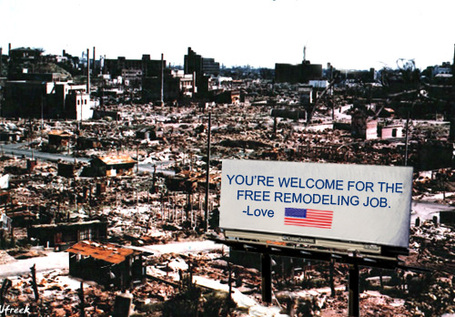 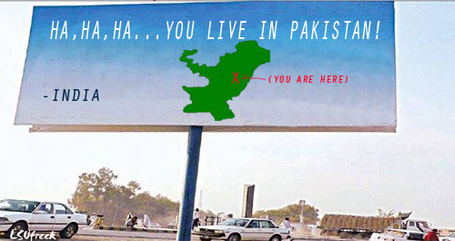 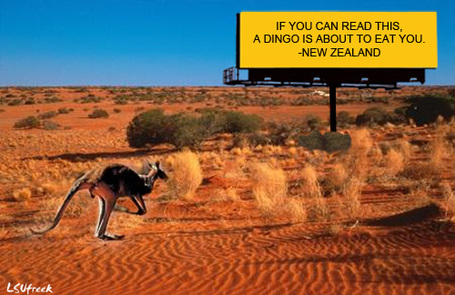 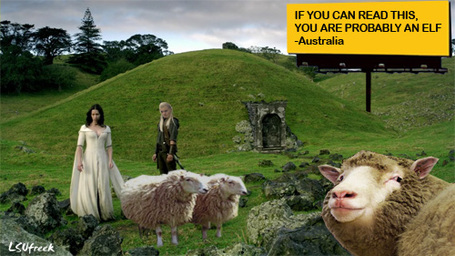