They did not opt for Admiral Ackbar, which is a minor tragedy of glum reality, but the options Ole Miss does have on the table to replace their misunderstood chattel-owner of a former mascot are impressive enough all on their own.

PUPPETS. Not specifically, but concept one certainly opens the door to hell's half acre of misbegotten mascotry by suggesting a twin mascot pairing with the names "Hotty" and "Toddy."

This mascot concept would bring those words, and the emotions connected to those words, alive in a pair of lovable characters. The pair may be animals or original "muppet-like" characters, but completely unique to Ole Miss. 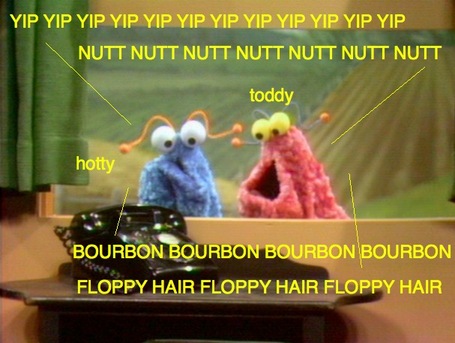 The live action alternate is to have not one, but two human mascots playing the parts of Hotty and Toddy. Hotty is a stunning woman in a sundress who wears makeup to the game, has a barbecue sauce stain on her ass, wears enormous bug-eyed sunglasses, and has a twisted ankle from falling off a curb after one too many. Toddy had an Oxford shirt, Duck Heads, Croakies for keeping the shades on, and wears boat shoes he vomits on to celebrate Ole Miss touchdowns. They take turns acting squeamish when the fifteen drunk assholes who ruin everything start chanting "The South Will Rise Again."

(Note: mascots do not arrive until the middle of the first quarter, and may leave after the third.)

REBEL THE BLACK BEAR. Faulknerian overtones are applauded, but the really creative Faulkner allusions here would be either a.) The Ole Miss Racing Mules, after the championship sprinting mule in The Reivers, or b.) Quentin Compson, who would spend the entire game pacing on the sideline, looking at his watch and preparing to dive into the river of Ole Miss fans so that he might "drown" in their affections. The aspirations implied in imitating the Maine Black Bears  and their stellar record against Mississippi State are also saluted.

REBEL BLUES MUSICIAN. A tubercular, laudanum-addled 84 year old black dude must be cast for this role. This may sound like a difficult casting call, but try Jackson. They're all over the place there, and would be happy to bang tunelessly on a baling wire and shoe box guitar and sing the trademark Ole Miss Touchdown Anthem, "Grggldkh LIzards Scraping My gdajkldshf FLesh AhhHGHH HOSPITALS BY DAMN HOSPITAL." Added drama comes from guesses at whether he will survive the third quarter of each game.

REBEL THE CARDINAL. Birds in the SEC must be capable of fighting to the death. Ostriches, fighting chickens, and hummingbirds may apply only. (Hummingbird would be fantastic, and a covert way of getting around the vuvuzela rule by having a mascot whose wings emit a constant dull 140 db roar on the sidelines.)

REBEL FANATIC: So, just fans, right? Cheap, but low on effort. May as well pick a fan randomly each game to play the part of the mascot, which would work pretty well, actually.

REBEL THE HORSE: We covered this previously, but if Ole Miss wanted to keep it real they'd go with a more Southern thing by far, the mule. Mules just don't get enough respect. They've done things, lived, contributed to this fine country, and you don't even have the courtesy to joke about eating them, America. Horses break down, and mules work, and now we're talking ourselves into this for real. MULES DAMMIT. Someone needs to get them into the VIP, especially in a conference that already has a billionaire, two inbred bulldogs, and an overgrown feral cat for mascots.

REBEL LAND SHARK: Too Buffett-ish, unless "land shark" is just another word for "Grizzly Shark." 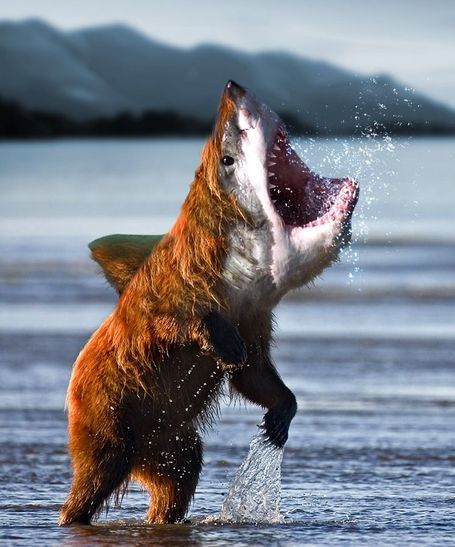 If this is what you're talking about? ON BOARD AND REPORTING FOR DUTY, SIRS AND MADAMS.

REBEL LION. Get it? REBELLION. If you don't get Ackbar, you get no horrible puns, Ole Miss. Also, you'd be pairing a lion with LSU's tiger, and that's far too much big cat urine smell in a bitter rivalry. (You'd never get the smell out of the stadium if they occupied the same space.)

REBEL MOJO. We've read the description three times. It appears you want Papa Shango as your mascot in this case. PICTURE OF BLACK DUDE IN WHITEFACE IN STORY ABOUT OLE MISS POSTED WITHOUT COMMENT. 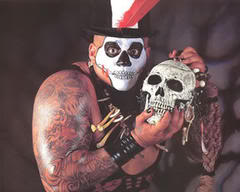 REBEL RIVERBOAT PILOT. Kind of like the Rebel Blues Musician, but white, with even less energy and a penchant for mixing his laudanum with white lightning. May already be dead, and would thus save on costs.  Pockets filled with aces for use in cheating at whist, monkey's paw he won in a duel in Belize back in aught-nine.

REBEL TITAN. Now you're just pairing mythical entities randomly, and have clearly been watching too much of the World Cup and its randomly chosen team names. A friendly versus the Nigerian Super Eagles may be required.

CLEAR WINNER: Hotty and Toddy, if only for the shoe-vomiting celebration.