THE BEST PICTURE OF COLT MCCOY YOU WILL EVER SEE

Share All sharing options for: THE BEST PICTURE OF COLT MCCOY YOU WILL EVER SEE 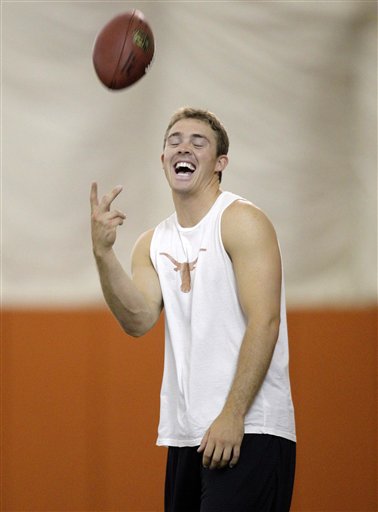 Normally, when writing about college athletes, we accept that there is a horizon after which we cannot help them, or unfairly mock pictures of them. They pass from the halcyon days of college into the nihilism of the NFL, where they are turned over into the cold, numb hands of Mike Florio and other writers who molest them in unspeakable ways in the public eye.

This picture, though...we grab you back from the hands of the dead hands of the NFL for one second, Colt, and just appreciate the grandeur here. There are so many things that could be happening here: