Share All sharing options for: THE SCRAPPLE CONFERENCE, ENUMERATED 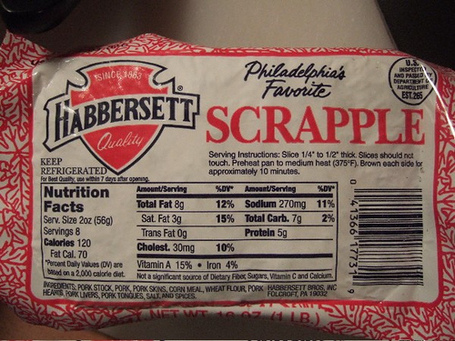 The current teams left out of the cold in any scenario--The Scrapple Conference--featuring a dead Big 12 (and after Dr. Tom after lambasting the Big 12 South today, has completely destroyed any chances of that happening) and subsequent flight to the SEC/Big Ten/Pac-16.

Missouri. The most jilted of the Scrapple Conference due to their assumption that when Nebraska got asked to the prom they'd get a date, too. Then they'd go to PF Chang's, and that would be sweet, and then maybe some light petting in the limo, and then after they got pictures taken at the dance they'd look in each other's eyes, and then back at the Comfort Inn things would really get magical and maybe she'd try that Cosmo sex trick she'd read about, the one that would totally blow his mind. Instead, they're at home waiting for the ghostly visage of the Red Baron to show up for their date once the oven dings with the sad news that yes, the oven has reached 350 degrees.

Kansas: At least happy with dragging Mizzou back into the lifeboat. Later, they will draw straws to see who gets eaten, and then and only then will Lew Perkins regret firing Mark Mangino, who would have been inestimably useful in a situation like this one.

Kansas State: Conference USA is ready when you are, but please: Power Towels are part of the deal, and must be brought to the game.

Iowa State: At least they're being very cheerful about their imminent move to the Patriot League.

Baylor: fortunately, Baylor is a religious institution, so they're good at prayer.