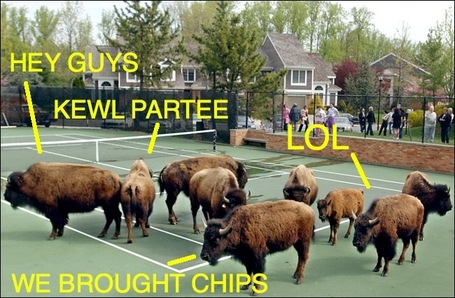 LOL GET IT: Colorado butts in and accepts their Pac-10 invitation early, securing a spot in either the two team (Colorado, Utah) expansion scenario or in the big MEGAZORDAFOOTBALLASAURUS conference. They finally find a conference that understands their openly relaxed sexual mores, marijuana use, and occasional therapeutic bouts of public nudity. Additionally, a new conference television contract may give Colorado the means to eventually fire Dan Hawkins. Dan Hawkins makes queasy smile.

At this point, it really is just a matter of who makes the next move. The Big 12 still could be salvaged, an effort occurring right now between Texas and Texas A&M, the only two schools that matter at this point no matter how many political bodies Baylor's legislative allies vow to unearth. Oh, and Texas A&M has been talking to the SEC for months, because we're really just interested in what you have to offer, Aggies. Never mind us staring directly at the spot where the midseam disappears up the great, tantalizing divide of Texas' bodacious ass; we're here to talk to you, baby.

Click after the jump for a current live view of EDSBS HQ. 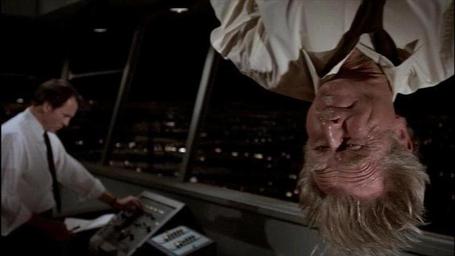