LANE KIFFIN AND OTHERS RECEIVE THE NCAA REPORT

Share All sharing options for: LANE KIFFIN AND OTHERS RECEIVE THE NCAA REPORT 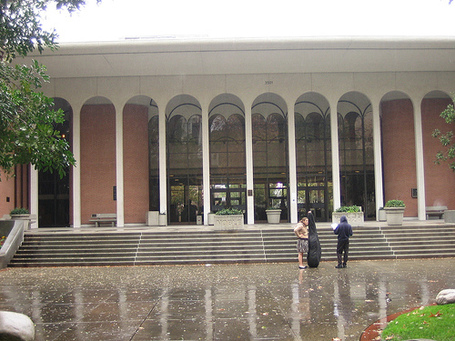 MIKE GARRETT, ED ORGERON, MONTE KIFFIN, and USC GENERAL COUNSEL sit in a conference room. A terrified aide runs in, dumps a hefty report reading "NCAA REPORT" on the table, and runs out before anyone can notice his face.

Mike Garrett: I'm the AD. I don't read. People read to me.

Mike Garrett: We'll wait for Lane. When he decides to get here--

Lane: What's up, tard-balls? MG, what's hangin? Dad! DAD! WAKE THE HELL UP THE CHINESE ARE COMING OVER THE HILL AGAIN AND THEY'VE GOT AIR SUPPORT.

Lane: Everyone, this is Rampage Jackson. He's promoting his new movie, the A-Team movie. I'm pretty sure Shakespeare wrote that shit, so some respect for him.

Rampage: Acting sucks. Do you have any Asian chicks around?

Lane: I keep three in the closet on the left in my office. Have at it, but I warn you: you gotta watch Li Hua. She's into knifeplay.

USC Counsel: So Lane, there it is: the NCAA's report on the Reggie Bush case.

Mike Garrett: Go get him a sugar-free Red Bull. Now.

USC Counsel: I went to Harvard Law. i don't have to--

Lane Kiffin: BLAH BLAH BLAH I WENT TO IVYPANTS COCK-CADEMY AND GRADUATED COME LOUDER FROM NERDSYLVANIA STATE LAW-TURD SCHOOL. Jesus, your mouth just keeps moving and making all these words I hate come from it. Go get Big Balls a Red Bull, because my sack is hot like Honduras or some other African country.

Fuming, the counsel goes to get a Red Bull.

Lane: So, MG? What's the hassle? You not like the gift certificate I got you? 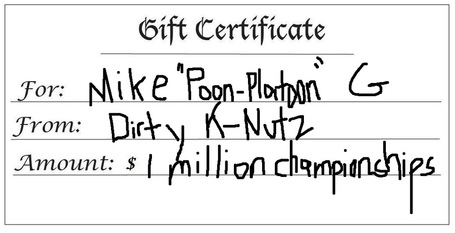 Lane: Yeah, thanks for the thank you. That took me thirty minutes to put together and I get nothing. I see how this works.

Mike: We need to see what's in there.

Lane picks up the report.

Lane: Who's Nakkah? Jesus, this dude needs to buy a vowel.

Monte: We need to annex Puerto Rico before the Spanish do!

Mike: Just read it and tell us what's in it, Lane.

He begins to thumb through the findings. Ramage Jackson returns to the room, as does the counsel with his Red Bull. The counsel places the Red Bull in front of him.

Lane: Thanks, pencildick. I don't mean that. The thanks part.

Lane: Hey, everyone, this is Rampage Jackson, and he's promoting the movie A-Team.

Mike: You told us that already.

Lane: I'm contractually obligated to say that every ten minutes. Just picking up some extra scratch in the celebrity endorsement game.

Monte: HAVING A SIDE JOB IS IMPORTANT DURING THE DEPRESSION I SOLD USED COFFINS TO ORPHANS AS HOUSING OH HOW I MISS THOSE DAYS.

Rampage: I left the girls in the closet, Lou.

Rampage: Well, they stopped screaming after a while.

Lane: Cool. Hey, you want to get some lunch after this or something...

Lane: THAT IS SO AWESOME! I love that we're friends like this now.

Rampage: /stares a dead and psychopathic stare through the back of Kiffin's skull.

Cutaway: tinkly piano music plays. A young Mike Garrett stares forlornly at the menu of a McDonald's. "You want a Happy Meal?" Mike Garrett nods, and realizes he might be able to get away with never learning to read.

Ed Orgeron looks up from butchering a giant catfish.

Lane: Whatever, we're going to the national title game. That's not a bowl anyway.

Lane: You being so harsh this morning, M to the G.

Lane: Twenty plus scholarships...that's fine, we've got like 169 of them or something...

Counsel: It is my advice as your counsel to never, ever discuss paying players ever again, and not to start doing it.

Lane: What to you mean "start?"

Rampage: You look like you wanna fight. HUH? YOU WANNA FIGHT DONTCHA?

Monte: I HAVEN'T HEARD A RUCKUS LIKE THAT SINCE JOE LOUIS FOUGHT THE LAST REMAINING IVORY-BILLED WOODPECKER IN HOT SPRINGS ARKANSAS IN 1940. HE WON IN THE FIRST ROUND BY DISINTEGRATION.

Lane Kiffin puts down the report.

CUT SCENE: LAX International Airport. Garrett points to a picture of a tropical idyll he holds in his hand.

He slaps down the USC corporate card.

Mike: One way on the next available flight, please.

Seantrel Henderson waits in line next to him, holding a boarding pass. For a moment, they exchange a meaningful glance of mutual understanding, and nod before becoming strangers again.

Counsel: You'll be hearing from my attorney, dickwad.

Lane: Fine. FINE. See if I care about a lawsuit. YOU CAN'T SUE FOR BEING AWESOME. It's not illegal.

Monte: OPIUM AND LOOSE WOMEN SHOULD BE I TELL YOU WHAT.

He looks around a cold and empty conference room, and the overturned trophies just forfeited by the report on the table.

CUT SCENE: A pebbly cold beach in Seattle, Washington. A greying, fit man in a wetsuit boards through the waves. 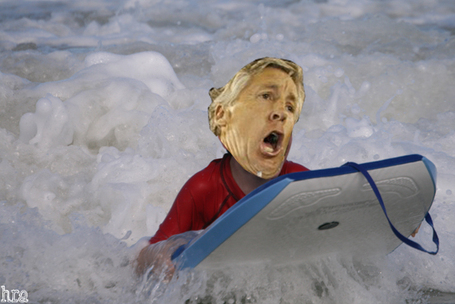 Pete Carroll: Another great day to be alive, babeeeeeeeee!!!!