MICHIGAN NOT GETTING NEW JERSEYS...YET

Share All sharing options for: MICHIGAN NOT GETTING NEW JERSEYS...YET

Attention: though noted uniform-molesters Nike do remain at large and a danger to any uniform deemed sacrosanct by its fans, the Michigan uniform will not feature any uniform changes contrary to earlier scary rumormongering. First, Michigan is an Adidas school, and they've shown very little desire to mess with good things brand-wise with their clients. Secondly, the new uniforms will only feature a new, better-fitting fabric, and will have no major design changes.

Deep breaths may be taken all around at avoiding something like this debacle, Wolverines fans: 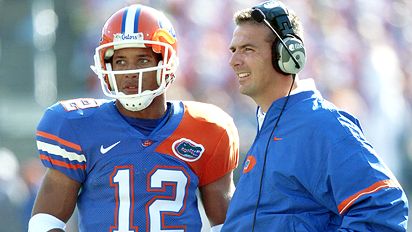 While this should come as a relief to Michigan fans, don't cling to it long. EDSBS has obtained a prototype proposed by Rich Rodriguez our sources described as his "fashion forward, cutting edge" version of a proposed UM uniform for what he calls "The 22nd century program we want to be." A design proposal for the new uniform follows after the jump, reportedly drawn up by Rich Rod himself. 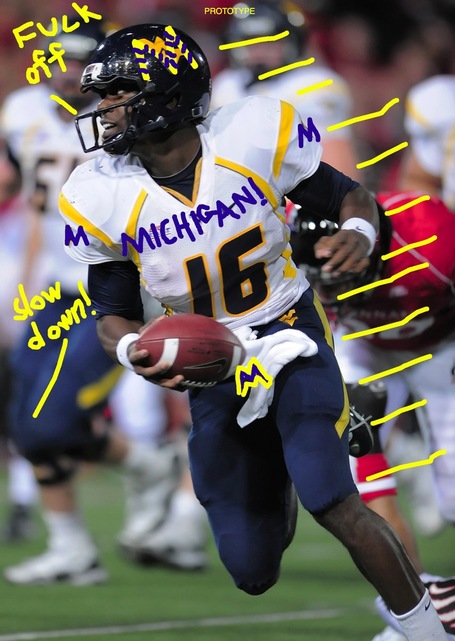 We think those are supposed to be speed lines. The Crotch M is especially important here, too.