MACK BROWN AND NICK SABAN ENGAGE IN A SERIES OF COMPETITION

Share All sharing options for: MACK BROWN AND NICK SABAN ENGAGE IN A SERIES OF COMPETITION 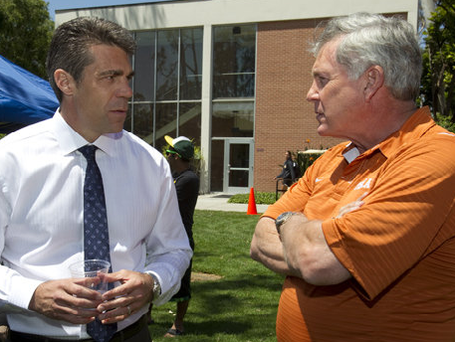 Fowler: I think so. That's what it said on the internet.

Brown: Well, then it has to be right.

Fowler: He's waiting on the set. 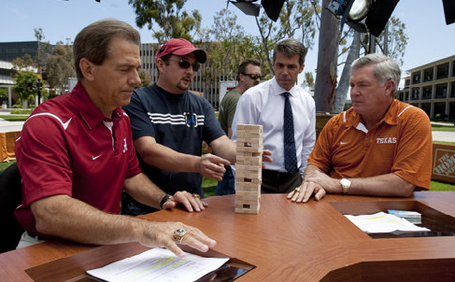 Saban: I have eight minutes and 43 seconds for this competition. Don't think I don't know that. 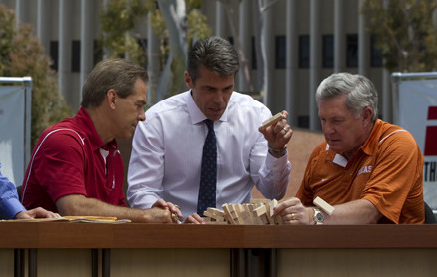 Saban: Everyone hates you, Chris. Six minutes and nine seconds, by the way. 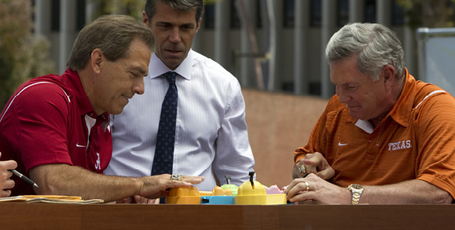 Saban: I have seen no film on this game, and am beyond irritated at this fact. Three minutes and thirty-four seconds, mind you DAMMIT MARBLES GET YOUR LOSER ASS INTO THE MOUTH DON'T YOU WANT TO WIN I HATE THIS GAME--- 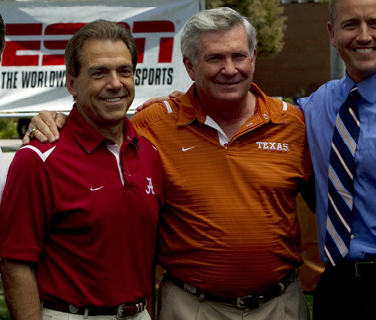 Saban: I am exchanging thanks in a human fashion and baring teeth in a congratulatory manner since we have tied in our competition, Mack Brown of Texas. 38 seconds.

Brown: Now, hold on. We don't have ties in college football. I have a third competition for you, and I think I've got you here.

Saban: I have analyzed many possible scenarios, Mack Brown of Texas. You cannot possibly surprise me. 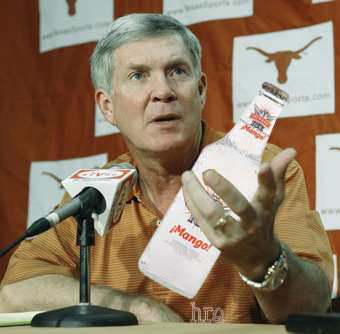 Saban. All too easy. 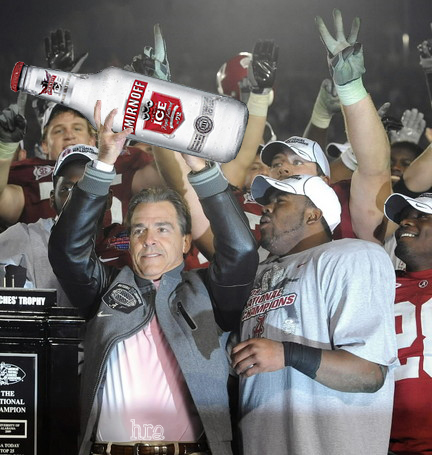 Saban: I am told this is referred to as blocking. Consume, Mack Brown. Consume and know defeat. Seven seconds and departing goodbye. 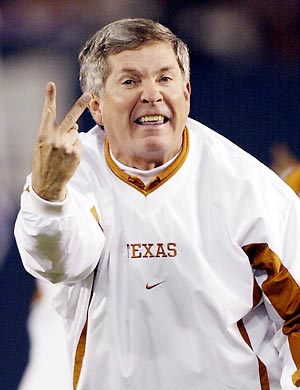