HE IS A MAN HE WAS EIGHTEEN. You reminder that before he was holding up inscrutable offensive rebuses on the sideline and staging epic press conferences, Mike Gundy could ball in a fashion nearing a state one might describe as "lacking control."

Quite a few Wyoming and Baylor highlights in there, but for a player of the late eighties that's not unusual. Correction: remove time reference, simply state "a player of any era versus Baylor or Wyoming."

WHY YES, WE HAVE A PLAN. If USC is found to have used an ineligible player during its 2004 season, then the BCS does in fact have a bylaw stating that the championship will be stripped from USC and stricken from the great, human flesh-bound book of champions the BCS keeps at its headquarters. No action will be taken until the appeal process is over, and this all assumes the NCAA will actually do something about the NCAA, which they won't, so my what fun we've had discussing something ending with some vacated wins at worst. (Additionally, we'd have to have an actual report, which should come out anytime between now and next October. Any day now.)

YOUR PREPOSTEROUS REALIGNMENT OF THE DAY: John Walters gives a valiant effort at a thorough realignment plan, though the concept of "college football as a sport" and not "schools putting on what amounts to a really, really popular bake sale" continues to defy the terms of ownership on the ground. College football programs remain as they ever were: tasty cupcakes local populaces are hopelessly addicted to and powerless to resist. There is no big cupcake company; only local bakers and a few cupcake guilds. Every year we get a haphazard cupcake championship together with a crew of old biddies who invite the guys they think make the best cupcakes, and then someone gets a trophy.

(Everything in the world that cannot be explained with a cupcake metaphor is BULLSHIT.)

Walters does remind everyone that Miami lurks fourth behind USF in football attendance in Florida, so yeah: Thursday's already off to a fantastic start, and you're to credit, sir.

WE'RE BETTING ON "DIE." The Big East faces the "evolve or die" crux in evolution, and appears to be considering the Moa/Passenger Pigeon/Newspaper option.

ASSISTANTS: NO LONGER EATING CAT FOOD UNLESS YOUR TEAM HAS HIRED A DISTRICT 9 PRAWN. IF YOU HAVE, THAT'S COOL, BUT MAKE SURE IT'S FANCY FEAST. The lowest-paid assistants on Florida's staff make around $240K a year, including first year WR coach Zach Azzanni, who looks young enough to have the "rent + canned tuna + car + XBox360 and then the rest goes into savings" budget going.  (He's actually only a year younger than we are, so...yeah. That's a lot of canned tuna and Red Dead Redemption extras, son.)

PURCHASED. We couldn't have little Magnus going around without these. 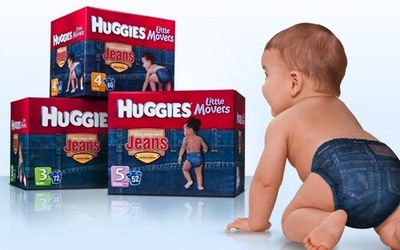