Turfman's Troll Food and Dermatological Abrasive is being served elsewhere on the internet today. Please enjoy the following conflation of an actual speech our shithead middle school educators thought necessary andthe most ridiculous piece of bait we've seen one man bait shop Paul Finebaum put out in a while.

It was also about this time that Delany lost his manhood to Slive and the SEC commissioner simply won't give it back. Delany went from the major domo of college sports to second dog on the sled team. And as the saying goes, if you're not the lead dog, the view never changes.

Now, flash to a crowded gym full of middle schoolers. The man in jeans and a black Lynyrd Skynyrd shirt approaches the mike. A gym of fifth graders waits, bored and hot. He speaks.

I'm supposed to talk to you about prison. Okay, then. 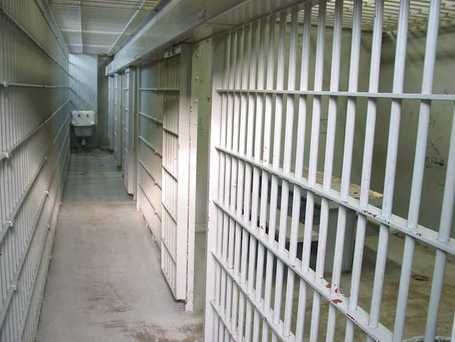 In the pen you don't ask questions. You keep your head down. You do your time. No one else's. Just your time. That's the rule. Man got life next to you. Man got thirty in the cell across you. Might as well be on the moon, friend. There's ten thousand miles between you.

Not even the finest toilet wine offered between cells can change that. You're alone in your own shitstink if you're in holding or in the hole. Everything else is bad cake when your girlfriend breaks up with you and hiding shivs in your ass for a week straight.

Some people say you have two choices in prison: be a bitch, or make someone a bitch. They're wrong. The third is to become invisible. Some people can do it. Some can't. I was pretty good at it. Some days, I dreamed that I'd gotten so good at it that I could walk out of the prison without anyone seeing me.

Jim came in on a Wednesday. You give guys nicknames when they came in. I named him Big Thumb, because he looked like Big Ole Thumb. No one said prison made you creative. If it did, the Art Institute would return those drawings I keep sendin' 'em. Must have colored that clown forty times now.  Fuckers.

Magic Mike saw him walk in. He noticed him. That ain't good. When you walk in, and someone looks at you, then you've been marked. Someone wants you for their own. Ol' Magic Mike saw that pasty bean-counter and knew he had himself a new mule just as soon as he could get the reins and whip to 'em. 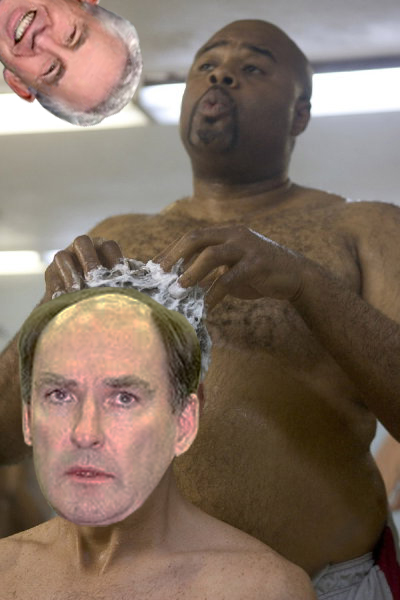 Now lemme tell you 'bout Magic Mike. He's a cruel man. Shot eight men in New Orleans on the basis of they was walkin' funny. No one told him it was a marathon, but fancy words like that don't mean much to Ol' Mike.

The guards let him scream, even when Magic Mike branded his name into Big Thumb's ass. You could smell it all the way down the hall. Smelled like...Ro-Tel. Delicious cheese dip from Ro-Tel.

The smell will haunt my nostrils forever.

In short, middle schoolers: don't go to prison, because someone will steal your manhood.

Manhood here refers to your butt, which someone will have sex with whether you like it or not.

In all seriousness, we had a guy come and talk to our class about prison rape and how to make drugs from household products for thirty minutes straight in fifth grade. TENNESSEE PUBLIC SCHOOLS FTW!