MISSISSIPPI STATE MUST HAVE THEIR COWBELLS

Share All sharing options for: MISSISSIPPI STATE MUST HAVE THEIR COWBELLS

Cowbells have never bothered us as fans as much as some other things. For instance, Auburn's constant blaring of in-stadium music? A deep and deeply lame form of suck. We have a problem with authority, one, and Mr. In-Stadium DJ we don't want to be cued by anyone but the moment, asshole. If you have to ask a crowd to be loud, you're probably at an NFL game. It's like begging for a blow job:  it takes what should be given voluntarily and enthusiastically and turns it into compulsory rote. In short: fuck this with the splintery-ist of sticks.

It's also against the rules when the other team has the ball, something refs are usually too terrified/busy to call in the middle of a game. Oh, but please: feel free to judge that third fist pump (not the second one) to be excessive celebration.

Anyway, the SEC shouldn't clamp down on noisemakers so long as they're fair. As we've said in the past, if Mississipi State gets to bring cowbells in, other fanbases should be allowed. As Florida fans, may we suggest the following for our fanbase, and potentially yours if you care to extend the implied freedom for all we should be granted as fans.

5. Rape Whistle. You have to call them that, too. 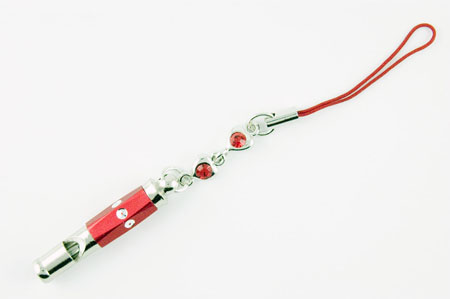 4. Clarinets. We're not saying you learn to play them. In fact, please don't. Just put a reed in and start improv'ing, preferably with about ten thousand of your closest friends. One bad clarinet player can make statues weep. Ten thousand would have hardened opposing linemen shitting blood.

3. Air Horns. A classic with one drawback: they run out of air.

2. Bagpipes. Solves the air supply problem. Additionally, no lessons are needed because a.) no one will be able to tell you can't play anyway, and b.) because all bagpipes play "Scotland the Brave" automatically anyway. Again, best utilized in ensembles of ten thousand or more for optimal psychological warfare purposes. TRUE STORY: Florida fans carried ten thousand of these to Glendale, Arizona. To this day Troy Smith can't watch Braveheart without blacking out and waking up thirty miles away naked and covered in bruises.

They're not just for scoreboards anymore. Ultimately may be the most effective noisemaker and most economical, since you'd only need about thirty of them to really make an effectively unbearable environment for an opponent, thus rendering the innards of your stadium a virtual Bagram Air Force Base CIA cell for your foes. You'll need a power source, of course, but we're sure the home team will be happy to let you snake an extension cord up into the stands.