Yes it's up very early. Don't look so shocked...aaaand don't expect it to happen twice.

JUST NINE MINUTES OF COMPLETE CACOPHONY: That's really all it is, actually. Someone thought it would be a good idea to amp up the volume on amateur videos of college football stadiums in full throat, paste them all end to end with a video editor with no real transitions, and then upload it to Youtube.  You know what? THAT SOMEONE WAS TOTALLY RIGHT.

If your boss hears that and asks you to turn it down, brain them with the nearest heavy object. When they come to, blame it on a low flying aircraft you saw ripping through the office. Tell him to call the FAA, or better yet 911, and that there's also a fire burning in the men's room that he started while he was in a disturbed state and wandering about doing ill-advised things. Then, when he's not looking, leave work and go watch Youtube videos of old college football games.

EDGY, ARTISTIC, EROTIC...UNLV FOOTBALL. UNLV assistant Tyler Gregorak, a former Colorado football player visiting old buddies in Boulder, had the kind of weekend that would make for a solid Hangover knockoff made for direct to DVD sale: man goes out with buddies, man last remembers going to dive bar, then wakes up in hotel with a strange man's wallet and handgun sitting in front of him with no memory of how he got them. You've been there. We've been there. In fact, we were the one wearing the gimp mask in the corner laughing and rocking back and forth incessantly without speaking. You thought we sounded familiar, right?

In the memory gap between going to a bar and waking up with someone else's gun and wallet, Gregorek may have gone Frank Solich, since he told the bouncer in question he may have been drugged and provided ample evidence of this by being judged too drunk to enter a strip club by said bouncer. The Nitro Club describes itself on its website (SFW, actually) as "Edgy...Artistic...Erotic," three words which now for the first time apply to UNLV football. Points to be awarded in a full Fulmer Cupdate later today, but in short: if you accomplish a drunken feat we've never come close to pulling off (i.e. stealing a train, being called "too drunk to enter the strip club,") then you're clearly a candidate for Digital Vikinghood.

"I don't know that the SEC needs expansion. The fact that they have a pretty good format for a championship game, I think the teams we have are certainly very competitive. When you go to expanding a 12-team conference, what team are you going to bring in that brings with it a strength and a financial package and a strength of following that will add to the conference? Really you're looking at at least two teams you need to bring in. I think that's going to be a difficult order."

MEANWHILE IN THE RO-TEL KINGDOM: The Big Ten Network is profitable in year two and to a degree no one thought possible, especially in selling a new cable network into the teeth of a recession economy. We have been wrong about many, many things, but the commercial viability of the BTN has to be added to the list right next to "Chris Leak will never win an important game as a Florida quarterback ever." Their checks ain't bouncing, and neither are Adidas' to Michigan, who pulls the largest single check of any program in partnership with a major apparel company, or at least until Ohio State ditches Nike signs their shocking new contract with Affliction in 2011.

FURTHER EXPANSION-NESS AND STEROID LOVE: Better Off Red has a well-rounded piece on the downsides of Nebraska considering the Big Ten's hypothetical offer of inclusion into the new BigTenTeenLeven, and all of it is read-now-please grade, but this should sell you on the piece if our rec won't:

I grew up as a fan of NU in the 1980s, and accordingly my tastes acordingly lean to I-formation football, Dr. Tom, Charlie McBride and massive doses of androstenedione. 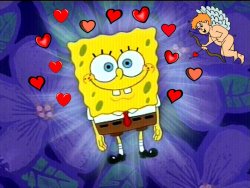 SERIOUSLY, ARE WE GOING TO DIRECT SNAP EVERY PLAY? We think Larry Munson was asking this seriously: "Do we have a quarterback? I mean really, is there one back there?"

EVEN THE JAPANESE LOVE DAVE: Base power runs are a universal language, which is good because if we were in Japan and working up new plays our sets would have some troublesome names: "Rape of Nanking," "Tentacle Nanny Invasion," and "Whale Veal Veer Option."

CAL WILL CRASH AT YOUR PLACE FOR 2011. It will be like the Kraft Fight Hunger Bowl every weekend, man. Bonuses of the San Francisco football experience will be gourmet concessions, superb male-female ratios, and the complimentary stabbing by aggressive homeless youths with trust funds.