The Patron Saint this week is the very recently departed Malcolm McLaren, huckster, punk impressario, and stylish con artist without whom the Sex Pistols would have never been possible. This may mean little to you, but remember that the Sex Pistols, though they were total shit, were total shit inspiring a generation of brilliant bands who glommed onto the attitude and who managed to play their instruments correctly without losing the snarl or drive. Additionally, McLaren was arrested for attempting to play a concert on the Thames in a boat with the Pistols outside Parliament, put a 14 year old Burmese girl in sexy clothes as the lead singer of Bow Wow Wow, and made a great deal of money without really having any talent of his own. In conclusion: he stole your business plan for life, and actually did it.

Orson:  Daiquiris. Divert thyself from the hypnotic swirl of the frozen drink machines on Bourbon Street: the daiquiri is a classic wartime drink based on one of the few non-interrupted source of booze for 1940s drinkers, rum, and it is not in its most classic form a frozen beverage you vomited onto the bar at Senor Frog's in a drunken teenage haze. In fact, one of the bastards you can blame for turning the noble daiquiri into a slatternly Slurpee enabling horrid sunburned holiday sexual encounters is Hemingway, who became a fan of the frozen version, and lo! if Hemingway liked it it must be good, like all those other things he thought were cool like baseball, suicide by shotgun, and a degree of alcoholism so acute it left his liver (in George Plympton's words) "like a slug" sticking out from his gut.

Keep it reasonably decadent: a tall glass packed with cracked ice, 1.5 ounces of rum (white, dark, whatever suits your tastes,) the juice of one or two limes (again, to taste,) and a teaspoon of sugar over the ice. Stir the daylights out of it, or mix it in a shaker, but for christ's sake keep it out of a goddamn blender.

Holly: Spring football approacheth, and that gets us to thinking about making the pilgrimage up to Neyland, and THAT gets us to feeling a little trashy. Ergo: The moonshine fountain. 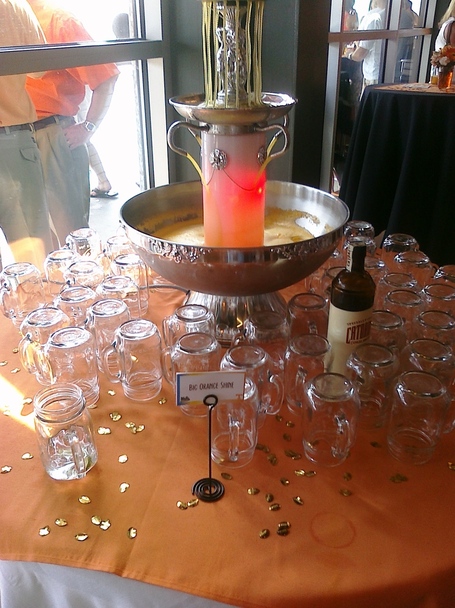 It's real. It's spectacular. And it makes a very special appearance once a year at a very special Tennessee tailgate. (And no, we cannot prove that it's not spiked with Tang to give it that particular hue, nor do we want to.)

Orson: Mountain Sausage. Purchasing strange sausage off the side of the road might sound like a mistake only made by careless closeted congressmen HEY-O. Au contraire: not only is it not a mistake, but as a conoisseur of convenience store homemades, the kind of ground pig you can buy out of the freezers and coolers of Appalachian Kwik-E marts is generally fresher and far more awesome than what you can pull off the shelf at your local Whole Foods or other bougie feed-trough. Exercise caution, yes: if the package is bleeding AND dusty, run to the hills, but otherwise if the label is generic, the location specified, and the date reasonably fresh, it's going to be the best breakfast of your month.

ADDITIONAL PLUG: the Spring Ridge Creamery, right in the middle of the quality convenience store sausage belt on 441 just north of Clayton, GA. The ice cream, butter, and milk are from the cows lowing in the fields behind the green-roofed Creamery. They make the shit fresh and on the spot, and you'll know if it's ice cream day because the owners' kids will be running circles around the place with the kind of excitement only resulting from a solid sugar buzz. 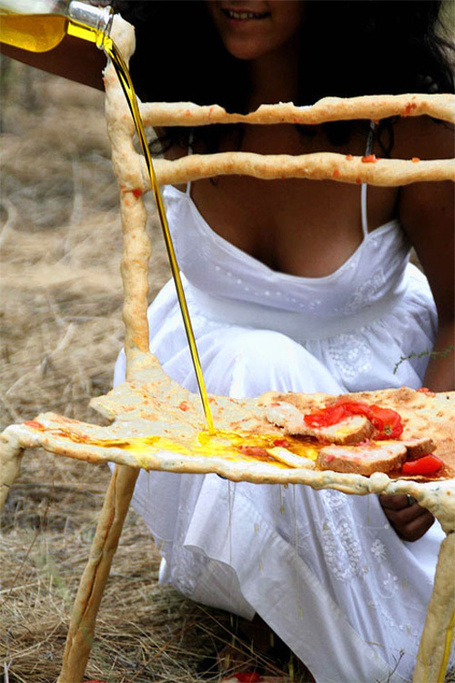 Who wants a nibble?

I don't know what this is doing in our inbox, but I like it. And the fact that this is a largely typical piece of reader mail makes me unbelievably proud to be a part of Swindle Industries.

Orson: SL-1, the nuclear accident resulting from the twenty inch withdrawal of a fuel rod--designed to go no more than four inches out from its spot in the reactor--from a test reactor in an Idaho facility in 1961, resulting in the explosive, horrible death of all three technicians involved. The reactor went supercritical in 4 seconds, everything went bang, and now a blockquote so grisly and improbable the writers of Final Destination might dismiss it as "too sensational."

Workers didn't find him for days, and had to take him out with a crane. Nuclear terror + Impalement = Viking-worthiness.

Holly: Michael Light's 100 Suns. Who wants a coffee-table book of nuclear explosions? YOU DO. 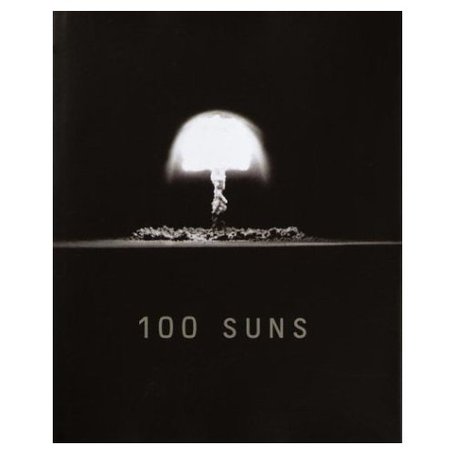 (If this looks familiar, this is probably why.)

Holly: The C-130 Hercules is like the Jeep Wagoneer of the skies -- ubiquitous, utilitarian, and all but bulletproof. Now imagine you've taken Mom's old Wagoneer and installed a 105-millimeter Howitzer in the cargo area. Congratulations! What you now have is the AC-130U "Spooky," currently getting its jollies by lobbing artillery shells the size of champagne bottles at Taliban hideouts. 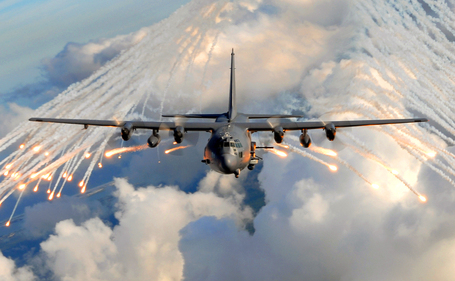 Orson: JAPANESE NEON TRUCK. You would see me rollin' thanks to the zillion neon tubes and lights covering my ride, but you could not possibly hate on an EDSBS tailgate vehicle pimped out so properly. 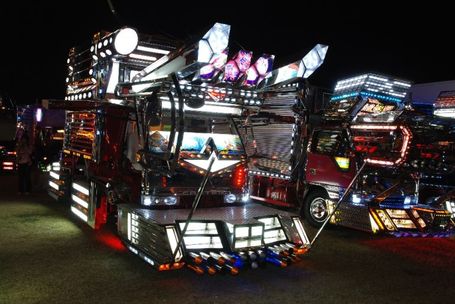 
Stravinsky is the shit. That is all, and no debate will be tolerated on the subject.

Holly: Bad Lieutenant: Port of Call New Orleans. (Stay with me here.) I have a marked dislike for Nicolas Cage and find myself slotting one of his movies into this column for the second time in a year. Allow me to defend myself. The first time (Knowing) was in spite of his presence. This time it's because of a giant lizard. I had no intention of watching this until some well-meaning smartass sent me a leftover screener and I thought that based on the title there might be a shootout in the divine Port of Call burger joint on Esplanade. (There is not.)

There are movies like Hot Tub Time Machine that do their viewers a service by laying the premise out right at the outset, for better or worse. To crib from Ebert, you know immediately upon seeing the poster whether or not Hot Tub Time Machine is for you. Here's your litmus test for Bad Lieutenant 2: Nicolas Cage plays, of course, a drug-addled detective, one who's occasionally prone to hallucinations. Werner Herzog conveys this to the audience by putting a real, live iguana into the foreground of several scenes and just letting it blink and flick its tongue at the camera, in focus, while the action plays out fuzzily behind it. 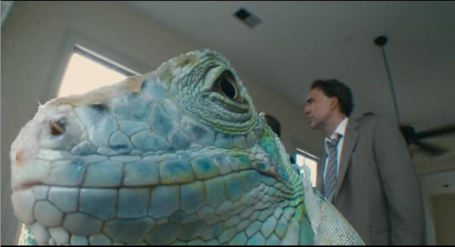 This is an actual frame of the film. Lookit the little guy! Smilin', hangin' out. This is the funniest movie Herzog's made since Grizzly Man. Is Port of Call: New Orleans for you? One way or another, now you know.