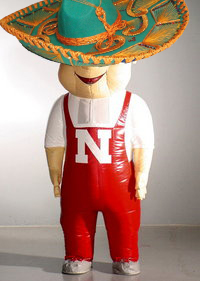 Nebraska heads south of the border for new defensive hotness:

"Not one call is being changed," he said Wednesday.

Just the name of the NU base defense - now called the "Peso."
[...]
And its origins? Carl Pelini arrived at "peso" - the preferred currency in many parts of Central and South America - because he thought it was synonymous with the number five. Like the nickel.

This new installation will be complemented by the "Glockenspiel" run package, "Creme Fraiche" four-wide receiver set, and the special teams formation "Rusty Trombone," so named because red zones look darker at night and kicker Alex Henery was active in his high school's brass choir.