Gene Chizik is head coach at Auburn in 2010, and was chosen intentionally by a group of consenting adults. Like many bad ideas, it seems to have worked out pretty well thus far despite its murky, ill-fated beginnings. Life lesson learned: start with the worst intentions and get nine wins, start with the best and you get the Cultural Revolution.

The Gene Chizik Blues Explosion announced today that their starting qb coming out of spring practice would be Florida transfer Cam Newton. The announcement is no surprise--Newton was favored to get the spot after a superb spring--but the timing is, since it feels like Chizik, having crossed everything else off his list, just decided to get one more thing out of the way by letting the world know who his current starting qb was. 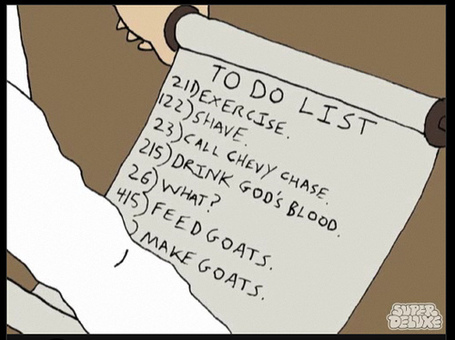 This means we have a a new starting quarterback in the SEC, and the time has arrived for him to acquire a nickname. A review of the names as they stand, league-wise:

Nickname: Some Large Freshwater Fish of Some Sort

Vanderbilt: NO SUCH POSITION.