Share All sharing options for: THE CLASS OF 2010: WHERE ARE THEY NOW?

DATELINE: MAY 1, 2020. EDSBS along with its owners Hei Ji Industries now look back on the college stars who made up the NFL Draft class of 2010, and where they are ten years after the draft that changed the course of football as we know it. Hei Ji Industries: providing the finest in both women's cosmetics and heavy-grade industrial putty since 1989.

TOBY GERHART: Released by the Vikings after discipline problems, two strip club shootings, and an argument with coach Brad Childress escalated into a felony assault charge after Gerhart knifed Childress. "It ain't my fault you ignorant with your vector calculus, bitch!" became a national catchphrase after the assault was filmed by cheering teammates. Gerhart became a poster boy for athlete misbehavior after an idyllic college career, but recovered to become a minister who works with disadvantaged youth in Aspen, CO. 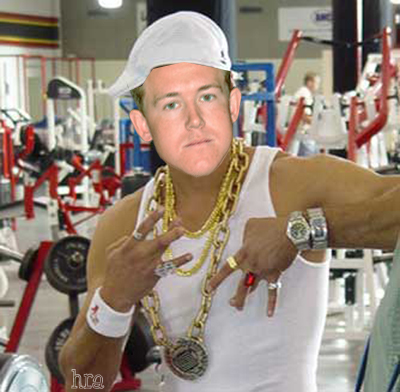 JONATHAN CROMPTON: Unheralded and initially taken in the fifth round by the Chargers, Crompton's trade and subsequent run in the Bills' "Chan-tasy Island' period from 2011--2016 rivals that of any of the league's great teams: four Super Bowl appearances, three titles, and two-time MVP known for consistency, ball security, and an uncanny ability to pick apart even the most complex defenses. "Once we started letting him sleep in the river and feed on sludge and corpsemeat, his greatness shone through," said Gailey in a 2017 interview conducted shortly before his untimely death.* Crompton is retired, and lives in a spacious burrow in the banks of the Tennessee River.

NDAMUKONG SUH. The current governor of Nebraska only turned his attentions to politics after five Pro Bowl seasons and the highest placement ever for a defensive player in the 2013 NFL MVP voting. Frustrated with ownership in St. Louis and the physical toll of the game, Suh mounted a successful campaign for governor in 2018, running on the campaign slogan "I'm Ndamukong Suh." He lives in Lincoln with his wife Squeaker, a sapient seal who also serves as Nebraska's Treasurer. 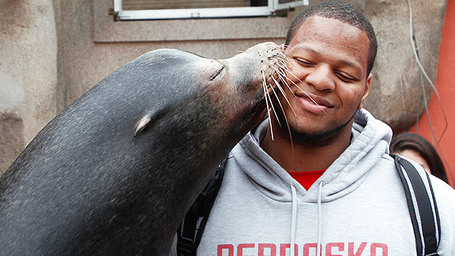 They have five children.

ERIC BERRY: Astronaut, NASA Mars Pioneer program. Chosen specifically for his tackling skills in case the mission arrives in 2022 and finds Mars populated with human doppelgangers of their Earth counterparts who must be subdued and then killed, but not before the obvious doppelganger sex. (Because you're curious, and doppelganger sex is allowed.)

TIM TEBOW: His NFL career might have been a disappointment, but Tebow found a new outlet for his ministry: professional wrestling. The five-time WWE title holder has competed under the name "ChrisTT Almighty" for seven years, and by his own estimate has ministered in "The Church of the Squared Circle" to over ten million fans. His finishing move "The Revelator" has been called "the single most inspiring, hard-working, and devout move in professional wrestling."

SELVISH CAPERS: The former lineman out of West Virginia is currently twiddling his mustache as he concocts an evil plot. He enjoys admiring the smoking maw of his lucrative lead mines from the windows of his posh office, and travels into the town he rules with an iron fist on Tuesdays to elbow street urchins out of his way for pleasure.

JEVAN SNEAD: The former Ole Miss qb is currently 265 feet below the earth's surface, shaking his fist at the tyrant Capers and imagining what the sweet life must be like for them mansion folk what aren't caught pulling lead from the ground with their bare hands for a livin'.

TAYLOR MAYS: The former USC safety and four year NFL pro performs under the name "Panthro" as part of the male revue "Chocolate Thunder From Down Under" at the New Mirage Casino, Las Vegas, Nevada.

*Lead poisoning from imported Chinese tapioca, but most definitely not Hei Ji Pudding For Respected Elders.