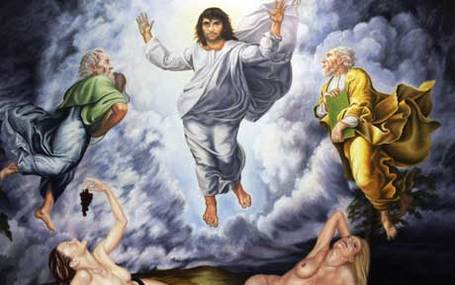 Alleluia, he is risen. Not only a breathtaking soccer talent and national icon, Best worked his off-field game through a minefield of sobriety (beat with a quick feint,) monogamy (easily juked,) and wealth (squandered away with a thunderous blast into the right corner of the net.) Many a man has achieved this hat trick, but few have been so genial about it.

I spent a lot of money on booze, birds and fast cars. The rest I just squandered.

Like many capers it ended badly, but for a brief while Best lived up to his name on the field and off it. Cheers, Georgie. 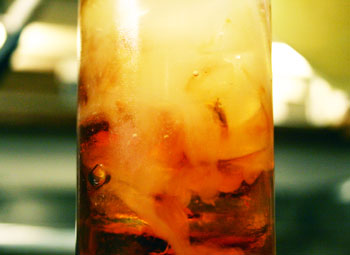 A harbinger of spring (we usually bust them out for the first time on Oscar night to speed the turning of the seasons), the proper Dark & Stormy is made with black Gosling rum (and ONLY black Gosling rum, sirrah), ginger beer, and lime. Rum snobbists and crusty barefoot bartenders swear by Barritt's ginger beer, but we have recently spotted Gosling peddling their own brand and have scheduled a lengthy taste test for Easter Sunday. Happy resurrection of Christ, y'all! 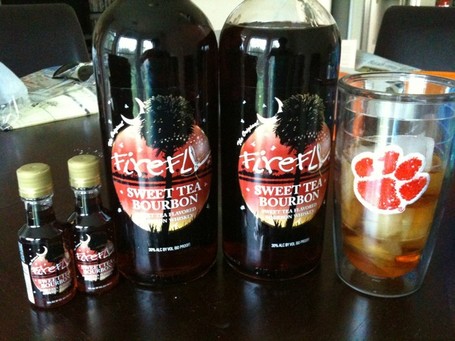 Aimed at the weak joints of the alcoholic schedule of an already booze-sodden region of the country, Firefly Bourbon is set to destroy all semblance of public order and become the Glug turning the greater Southeast into a dystopian wasteland ruled by the gun and the one-eyed man holding it. No, this is slightly different than the way things already are. Slightly.

Bourbon aficionados, you can't even complain about "waaaahhh I don't need sugar in my bourbon." This is as relevant to bourbon drinkers in their daily lives as the invention of the Magnum condom was to the well-hung who knew that they needed nothing larger, and that condoms can fit all the way up to your elbow in a pinch. This is targeted toward people who want to get drunk quickly and not even realize it's happening, people who will then realize they're pedal-to-floor at 200 miles an hour going into turn three with no hope of recovery after an hour of steady drinking. When they hit the wall, the resulting wild ride could be spectacular/messy/will require a mop. 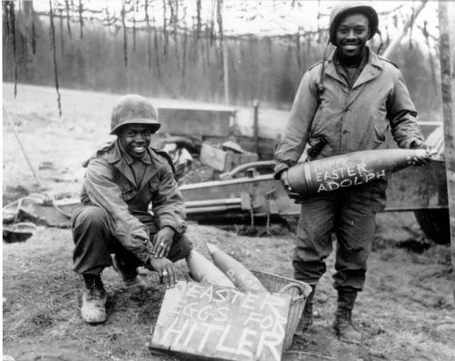 Orson: The Cadbury Mini-Egg. So absolutely and completely superior to the Original Creme Egg, the mini-egg is evolution in action: what came before sucked, the all of a sudden HOLY SHIT YOU'VE BEEN ASTEROID'D BY THE MINI-EGG, CREME EGG. Darwin's Reaper is cold, but she is fair, because the thing always annoying us about Easter candy was its cloying fluffiness: the gummy peeps, the gooey cadbury eggs, the endless piles of jellybeans in mysterious and often useless colors. (What the hell flavor was a white jellybean, anyway?)

The Cadbury Mini-Egg came along and decided to boot the Pliocene into the Pleiostecene, and lo! it was good. Candy shell with a smooth, non melty crust ensures portability, provides crunch, and also gives festive Easter color for those who actually notice the color of what they're eating. If you're American, you don't, and you're proud of it. The smaller, more agile mammal that ate the remnants of the dinosaur into extinction, the Mini-Egg takes the goo of its primitive ancestor and does what it should: crawls from it and becomes a god walking the earth. 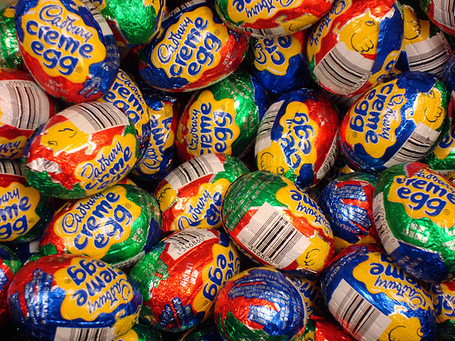 No, shut up. No, YOU shut up. Folks what don't like Creme Eggs tend to eat their hamburgers with ketchup and like their steaks well-done and don't know how to make eggs any other way than scrambled. To you beleagured masses, we say: Embrace the goo. And don't ever eat more than one of these at a time. (The smaller versions with a higher chocolate-to-creme ratio are an acceptable crutch.)

Holly: Operation Upshot-Knothole. Sound filthy? It should. This 1953 experiment in the Nevada desert revolved around a cannon that could shoot nuclear artillery shells, and if that doesn't get you hot and bothered, nothing on God's green internet will:


And this little beauty is the Grable shot, the prettiest of all mushroom clouds under Creation.

Orson: Aw, shit, it's gone ham at the Whataburger.

Paul Wall endorses this fat guy fighting video. When randoms begin toasting this fine nation of ours, you know you've collectively sailed into a little piece of history together. 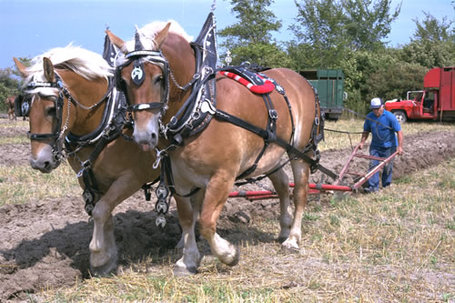 It wouldn't be fair to say we grew up "around" horses, but we weren't strangers. We had lunch every now and then. There were awkward phone conversations between us. Holiday cards were exchanged. Horse people aren't "Cat-people-weird," but they do assume things like horses being "smart," which is untrue because plastic bags can turn them into 1,000 pound lunatics, and because they refuse to leave burning barns. Some people also would make the same choices, but please don't muddy this discussion with your cross-species rhetoric. One stupid animal at a time.

Riding them is totally worth their stupidity, especially draft horses of any sort. Less stupid than other horses, very affectionate in some cases, and as crazed for quality grub as a lineman on a crash diet, they're like rolling in on a tank wherever you go--a tank that will do anything for a sugar cube, is occasionally more charming than your average horse, and one that you can give an awesome Franco-Belgian name like "Bernard" or "Hubert."  It's like being Mongo in Blazing Saddles, except that you can actually ride a draft horse with comfort and ease, and you're not susceptible to candygrams---MINI EGGS? DID SOMEONE SAY MINI EGGS FOR ORSON ORSON LIKE MINI EGGS NOM NOM BOOM--

Holly:  Russian automobiles are commonly perceived by auto enthusiasts in the West as being pieces of shit. This probably stems from the fact they are, in reality, pieces of shit: ancient engines, miserable build quality, interior trim that makes your uncle's old Chrysler K-car feel like a Lexus LS460. But their unreliability was sort of a happy paradox, for while Soviet cars were frequently waylaid by assorted mechanical failures, they were far too simple and easily fixed to ever truly die. Just like Fonzie could slap a jukebox into action on "Happy Days," the hit-the-engine-block-with-a-sledgehammer technique was a tried-and-true way to get a Lada running again. 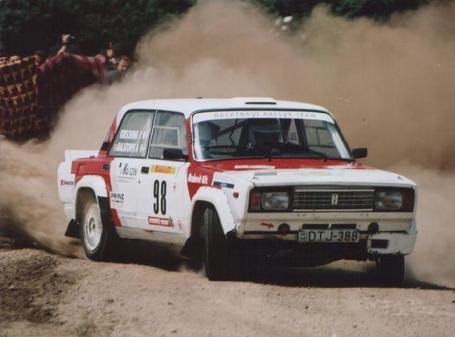 This weird brand of bulletproof-ness paid off with the Lada Riva, which became a feared contestant on the Group B rally circuit not long ago. It was kind of like the Cuba of rally cars: spartan, poverty-stricken, but too mean to die and highly capable of outlasting many of its fancy-ass capitalist running-dog counterparts. The best part of the Riva, for aspiring Western racers at least, was its expendability: If you went sideways over a hill and ended up annihilating the thing, you could always venture back behind the Iron Curtain and trade a pair of Levi's for a new one. Rivas aren't nearly as easy to come by as they used to be, as everyone who lived in the old Eastern Bloc came to their senses the minute the Berlin Wall came down and traded in their Slavic shitboxes for nice used VWs, but want ads in the UK still offer reasonably well-maintained examples for not much more than the price of a PlayStation 3. Proceed at your own risk, tovarisch.

Holly: Since my magnum opus South In Their Mouths: How Firefly Sweet Tea Bourbon Impregnated A Generation Of Teens And How It Was Totally Fucking Worth It remains in rough draft stage -- wait a god-dang second how have we never covered Red Dawn in this space?


Young Swayze! Young Sheen! Powers Boothe! Harry Dean Stanton screaming "AVENGE ME!" through a chain-link fence! This is the only acceptable time to cheer for Wolverines. (NB: There is a ludicrously ill-advised remake of this movie afoot. The very notion is an abomination and must be scorned at all costs. If you're that determined to see an invasion flick with chicks that are hot right now, the Aussies have gone and shot Tomorrow, When The War Began, and it's supposed to be pretty slick.)

Orson: We're going there to have a chat. It just so happened that the instruments will be there as well, so you who knows?

Even if you're not into guitar wankery, putting three extremely creative people together in the same room and letting them float around for a few hours will produce something interesting, but It Might Get Loud is Jack White's show: building a guitar out of strings, nails, and wood, conning Jimmy Page and Edge into a room to divulge their secrets, and then watching them try on each other's lingerie for a few hours. (Jimmy Page playing the ultra-punk riff to "I Will Follow" is particularly odd and pleasing at the same time.) Jack White's worth it all by his lonesome, and the rest is free candy DID SOMEONE SAY CANDY OOH GIMME GIMME---