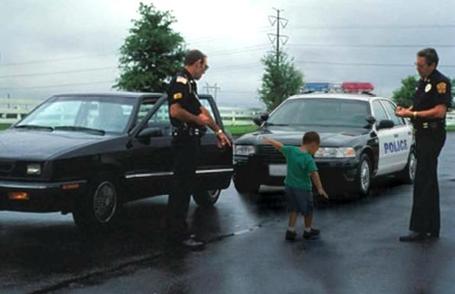 Scipio Tex brings up a perfectly valid point: what, if you were subjected to the same scrutiny we place on athletes, what would your lifelong score in the Fulmer Cup be? The plain truth is that most of us have no criminal record of any sort outside of speeding tickets, a possible public intox charge, and perhaps the odd fight or two. (And really, most of those get thrown out in court or plead down and out of existence, because when the judge sees you walk in, he realizes you stand no threat to anyone whatsoever.)

For the record, here's the full Swindle Fulmer Cup resume. It reads as Scipio Tex's does, point by point, and fully confessional in that manner (for humorous effect, Tex left out the little detail of actually being charged with something, but that is an optimal move for reasons discussed above.)

ASSAULT/ BATTERY: We got into one altercation with our best friend in a dorm room. We ripped his shirt off in the fight, which was not at all gay of us. It was a dork fight, meaning no one got the upper hand, and I kind of just bullrushed him and sat on him until both of us, winded and out of shape, gave up. This is how 75% of all fights in the honors dorm end. The other 25% end with tears and the purchase of a new laptop broken in the fight.

MINOR IN POSSESSION: Shockingly, this never happened. I mean, it happened, but no charges were racked up. The closest we came to getting caught came when a policeman knocked us over while I was holding a lukewarm Icehouse at the Great Hammer Party of 1994, but a stiff wind could have done that, and he was more interested in unplugging the speakers blaring the live band's music at 1 in the morning on the front porch of a house in the student ghetto. If you did this now in Gainesville you would be shot on sight, but those were different, more negligent times.

FORGERY: Unless applying under false pretenses for media credentials to sports events applies, then no. If it does, we're going to hell.

BRIBERY: Paid a tacit bribe to a Laotian border guard in the form of an extra five baht on the way over from Laos to Thailand, a sum equal to 83,988, 982 Lao Kip. In dollars, this is .14 cents, and cannot be counted due to a.) size and b.) what the hell isn't legal in Laos?

PETTY THEFT: Stolen signage belonging to the state of Tennessee. You wonder where the big "V-O-L-S" went from the top rim of Neyland Stadium? Currently in my crawlspace sitting atop the corpses um bags of mulch.

FAILURE TO PAY TRAFFIC TICKETS: Yes, resulting in a suspended license in the state of Florida for a year because Kafka would describe the Florida DDL as "confusing and terrifying."

SPEEDING TICKETS: Set a land speed record in an '87 Ford Escort Station Wagon by hitting 89 miles an hour in a 65, something the Georgia Highway Patrolman who pulled us over found to be simply improbable.

Us: "Eighty-nine? Officer, we mean no disrespect, but this car may not be able to go that fast without turning into a million unbent paperclips and me in a seat sliding along holding the steering wheel."

Officer: "No, I agree, it seems impossible. But we're talking, ain't we?"

That last part is actual dialogue.

DWI/DUI: Like Tex, not proud, but it happened, especially when we lived overseas. And rode a motorcycle. This may seem insane, but correct your bearings and point to fatalism, not lack of sense. In Taiwan everyone rode motorcycles and drove drunk, so being sober didn't help: it would only make you more aware of the instant when you were blindsided by a semi and blasted into the afterlife at an intersection. Might as well be relaxed when/if that happened.

A friend of ours got pickled with the police one night in a bar and she received a two car escort--lights blazing and weaving up the hill--to the apartment blocks where most foreigners lived. We once thought we were fine until we parked the motorcycle, dropped the whole thing on ourselves, and then vomited on the pavement with the engine still running. Again, not proud, but more thankful to random fate for not deservedly annihilating us.

KIDNAPPING: Some call it marriage, you call it kidnapping...it's been over ten years now, so some statute of limitations has to have passed. Viva la Stockholm Syndrome!

INCITEMENT TO RIOT: Guilty, but it worked, and we will never. Be. Sorry. Some crimes are worth it.

DISORDERLY CONDUCT: We hung a banner reading "[FRIEND'S NAME REDACTED] is gay and proud!" off the balcony off of the fourth floor ledge of Weaver Hall our freshman year. Housing authorities had ZERO sense of humor in the nineties.

DRUG TRANSPORTATION: Snoop gets someone to carry for him, and so do we. Um, did. That's did.

ANIMAL CRUELTY: During the coverage of the Badwater, we had to run over large-eared jackrabbits in the high desert around Lone Pine. There was no choice: a steep dropoff on one side of the road, and runners on the other at four in the morning, and nowhere to go in between. We lost count at ten or so. The front bumper had fur in it that we neglected to clean off, making the dash away from the rental car at check in a swift one. We hope the attendant made a fine stole from it, because there was that much there.

So, given the record there, we'd be out under a zero tolerance policy, too.