The SEC's prize jewels rest in CBS's hands for broadcast, and for the most part they're well-cradled by the competent hands of Uncle Verne and Gary Danielson, who for our money is the best analyst at actually pulling critical elements of a play out and analyzing them in real time. (His field vision, to use a quarterbacking term, is insanely fluid.)

The number two team, however, leaves something to be desired. This is a phrase inserted here by our editors after they determined the original descriptor was too blunt. After all, Craig Bolerjack and Steve Beuerlein probably do not operate under the influence of heavy narcotics during their broadcast, do have a familiarity with football, and are likely not surfing the internet during live broadcasts looking for crush porn. It is also unfair to compare their execution to that of cows put behind the controls of an F-18 in full uncontrolled dive. Again, these are all unfair and cruel things to say, so they have been removed and replaced with gentler words.

We also don't want to suggest replacing them, since they are announcers who need the work and money. But, um...just consider this. 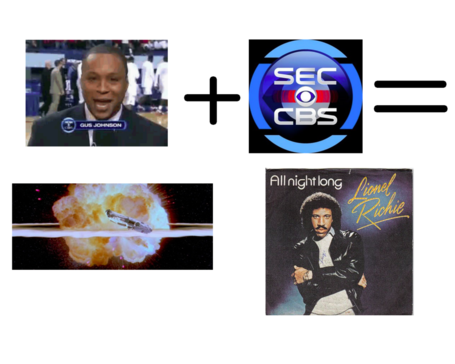