THE SWINDLE CHAMPIONS LEAGUE: DON'T WAKE US UP

Share All sharing options for: THE SWINDLE CHAMPIONS LEAGUE: DON'T WAKE US UP

Warning: this is science fiction. No, people cannot theoretically travel faster than the speed of light, and they cannot tap into a universal force in order to do badass things like push objects with their mind. People who point these things out should be shot on sight by those of us who keep humanity hurtling forward toward an ever more glorious and absurd destiny:

They all contributed to society by not worrying about the particulars and forging ahead, letting others worry about the details and particulars. We say the same to you who ask "How would the Swindle Champions League work?" Answer: YOU WORRY ABOUT THAT PENCIL PUSHER. If we could answer those kinds of questions we'd be doing some form of work for a living that required pants and punctuality, and you'd be over here pulling golden mind-orbs from your brain-ass.

Thus, we present the Swindle Champions League: college football's ultra-conference that plays after the regular season. How many games would it take to unkink a 32 team bracket World Cup-style? Many, many games. Would it interfere academically with student's careers? Oh, like hell it would. They'd be lucky to pass a reading test at Florida State after this was done. ("What color is this road flare?" "NURPLE!" "You're admitted!")

It doesn't mean we don't want it to happen.

Not "the Russian Division." Just Russia. Eight teams can come from Russia, which is what we're calling the Western/Pacific and Some Inland part of the United States football-wise, and don't think it an insult. We really just want some excuse to borrow all the burly manliness of the country that fear forgot without all the lead poisoning, starvation, cold, rampant alcoholism, and poverty. Additionally, we do this because the Bastards of Crumbling Industry... division has dibs on the rampant alcoholism. Especially Wisconsin. They want alcoholism.

We also despise the name "Pac-10" because including the number in your conference title is always a logistical problem, and because it sounds like a failed G-funk rapper's moniker.

Russia will feature the boiled down Pac-10 with attendant pieces of the WAC and MWC as needed, something determined here by pure winning percentage, strength of schedule, and despotism. Teams would have to play in just as they do in the Champions League, and could face relegation.

2010's Russian delegation would include:

Oregon: Provided the terms of their parole allow it.

Stanford: Provided their exam schedule and ski vacations allow it.

Utah: See "we beat Alabama and went undefeated and still got the shaft" and previous comment re: Boise State.

BYU: You know, just to watch BYU fans on the road, and also because they occasionally beat the sacred undergarments off Pac-10 teams while holding down the Las Vegas Bowl berth yearly.

Cal: Just barely, Tedford-bot. Arizona State would be here if they hadn't had a deplorable year last year.

Oregon State: To keep the hope of a Swindle Champions league matchup between South Carolina and Oregon State alive, and also because they've been consistent under Mike Riley.

The Logan's Run Division encompasses the vast interior of the country suitable only for post-apocalyptic location shots and the growing of corn. That is the primary criterion for belonging here, though being a team from Texas or a viable football member of the Big 12 helps. An excuse to cut the Big 12 down to its actual functioning members while putting TCU into direct competition with its geographic rivals, you say? We'd never hear of it. This is science.

Texas: Mack Brown is so proud to oversee the last remaining orderly colony of football-loving Americans on the nuclear holocaust-scorched plains. He'd also make a great benevolent dictator in an apocalyptic scenario. Post-nuclear leadership assets aside, Texas is money, son, and an instant invite to the Logan's Run division.

Nebraska: Hardy, travel in packs, and one of the two teams to rescue out of the Big 12 North. Plus, they have corn, and you'll need that to survive.

TCU: A geographical correction long overdue, since TCU needs to play the other Texas teams with awesome mascots and inscrutable hand signals. Consistency over a decade, relief of complaints about being excluded

Missouri: We're not happy about letting you in the caravan, but damn your numbers and your charismatic dancing linebackers, Gary Pinkel.

Texas Tech: All Leach here, and likely set for relegation in a few years.

Oklahoma State: This slot bought and sold exclusively by T. Boone Pickens. (It wouldn't be a Champions' League if it wasn't corrupt.)

THE CASH DIVISION For what we pay recruits, and for Johnny. This is the slimmed-down, more efficient SEC, a term you can still use because we just ordered all this stationery with the ESPN logo, and that shit was expensive. 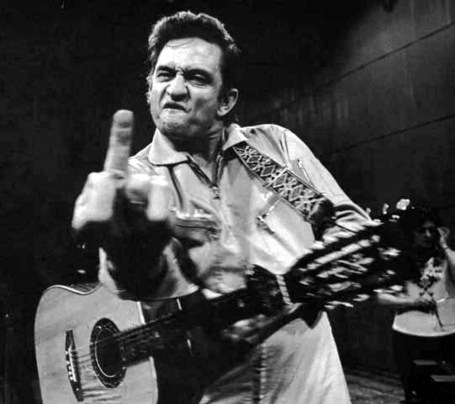 Also, that picture pretty much sums up the division's attitude forever. Especially towards you, Jim Delany. (Dick.)

Florida: You're automatic and spectacular, you big-jugged bouncing bitch of a program and soul-mother.

Georgia: The most profitable program and the one who's sent the most talent to the NFL over the past decade.

LSU: Because they could play BYU in league play, and we're sure nothing bad would happen.

Auburn: This is the Cash division.

Tennessee: Do we have to? Yes? I'm being informed at shotgun-point that we have to.

Clemson: Because at heart they belong with us and you know it.

Florida State: Because at heart they are an SEC/ Cash Division team. Alabama with a sunburn and Oakleys, and still large enough and successful enough to command respect even though your coach has the name of a show ape. 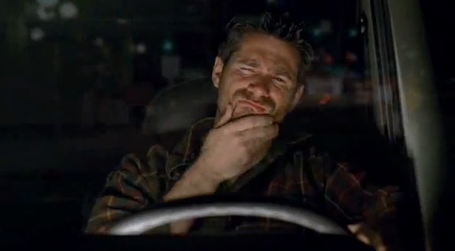 The most geographically untidy division, this molds the Big Ten, some functional pieces of the ACC and Big East, and the troublesome state of Indiana into one chunk. Does your state have problems with JERBZ and a reasonably successful football program? You, too, can be in the Bastards... division.

Penn State: Gets an automatic bid as long as Joe Paterno lives and "breathes," by which we means slurps up the nutritive slime that has kept him alive for 928 years. So forever, in other words.

West Virginia: If only to restore the WVU/PSU rivalry.

VIrginia Tech: Since they already play a lot like a Big Ten school anyway.

Wisconsin: Stubbornly successful despite playing in an ambient fog of aerosolized alcohol every Saturday at home.

Notre Due-iana. You only get one school, indiana. Figure it out however you like as long as you don't just use Purdue since the behavior of four Purdue fans we saw at the Kentucky Derby have banned them forever from the Swindle Champions' League. (Four Boilermakers taunting a guy in an Indiana shirt after a 4-8 season. Disqualified forever, especially since their taunts were unstylish at best, and you get to taunt no one after you go 4-8.)

You play from there in a 32 team tourney with relegation. Who does the relegation? A smoke-filled room of gnomes loyal to us and only us. When does this happen? After the regular season, which has 11 games and penalizes teams on strength of schedule. It is COMPLETE SCIENCE FICTION, but so is that dream you had about having sex with Christina Hendricks on an airboat driven by bear who was also a wizard, and we didn't wake you up in the middle of that either, did we?