LOUISIANA TECH QUARTERBACK HAS A QB RATING OF 154 POINT DRUNK

Share All sharing options for: LOUISIANA TECH QUARTERBACK HAS A QB RATING OF 154 POINT DRUNK 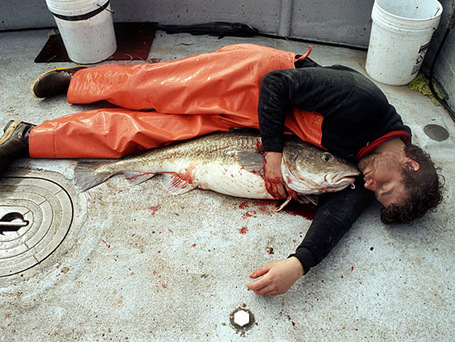 A friend of ours was once given a CUI--"Canoeing Under the Influence"-- on a river in Florida. The shocker was that you could be given a ticket both for canoeing drunk (which he most certainly was) and that Fish and Wildlife officials could hand out these tickets. At the time it was the equivalent of finding out that Salvation Army bell ringers had the authority to arrest you, which unless they are very sexy they do not actually have, btw.

Louisiana Tech quarterback Ross Jenkins was given a DUI by Louisiana Department of Wildlife and Fisheries cops, and what's the rule Ross? 1. Watch the safeties, 2. Don't force anything, and 3. Don't take the breath test. Repeat: do not take the breath test, Ross. Ross, whatever you do don't--

Dammit, Ross. Fundamentals, fundamentals. Ross wasn't quite in the O'Toole-o-sphere, but at somewhere just under a .24 he was nothing short of the clinical term "fucked up." Ross and Louisiana Tech will be given three points for what is truly a grandiose DUI in the Fulmer Cup, and Louisiana Wildlife and Fisheries can go back to arresting pesky largemouth bass tax fraudsters and meth lab-running alligators. (Follow the pelicans: they're always the couriers thanks to their pouches.)