A RECAP OF THE GEORGE EDWARDS ERA AT FLORIDA

Share All sharing options for: A RECAP OF THE GEORGE EDWARDS ERA AT FLORIDA

Do you even remember your first week at your job? There's finding the bathroom, getting your email set up, figuring out who your work girl/boyfriend is going to be, doing a quick scan of the staff to figure out which one person is so irredeemably insane you need to avoid them at all costs, and beginning the hoarding of office supplies you will eventually steal upon departure. You might also have had time to fill out your HR paperwork and, if you're Mike Locksley, generate a sex/age discrimination suit you'll eventually have to settle out of court. The punching has to wait six months minimum.

We doubt that George Edwards had that much under his belt by the time he got settled into Gainesville. Let's review his groundbreaking tenure.

January 8th, 2010: George Edwards is hired to be the defensive coordinator at the University of Florida

It would be great to slag on him for leaving the day after national signing day if he really had played a substantive role in Florida's recruiting process besides making phone calls and telling people he was going to be there, but according to Ben Volin's sources Urban didn't even really realize he was leaving, and nowhere was Edwards mentioned in Urban's numerous and specific nods to other coaches in the recruiting process. (The exact phrase: "was not heavily involved.")  The dude literally "up and left" to go work for Chan Gailey, who gave him a generous bennies package along with the mandatory Chan Gailey pudding break at 4:15 sharp every day.

(UPDATE: Now, of course, we're hearing that everyone knew this was going to happen, including coaches at other schools. Chan Gailey is an Ensure-chugging sorcerer.)

The leading candidates to replace him at this point are assistants Chuck Heater and Dan McCarney, who we're pulling for to get the job simply so the man can buy some new pants, for Tebow's sake. In the meantime,let us mourn the extensive achievements of George Edwards, who joins the Brian Van Gorder school of Coaches Who Break The Term ADD in half since they have trouble saying the whole thing all at once because OMG THREE LETTERS. His to do list at Florida follows after the jump. 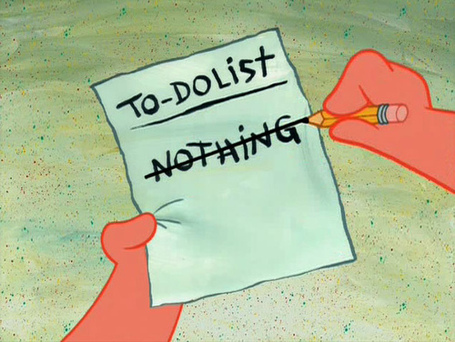