A HANDSOME LEATHER-BOUND COMMEMORATIVE VOLUME OF SUSPENSIONS, DISMISSALS, AND DEPARTURES

Share All sharing options for: A HANDSOME LEATHER-BOUND COMMEMORATIVE VOLUME OF SUSPENSIONS, DISMISSALS, AND DEPARTURES

It's attrition season, and not just in Eugene. Fulmer Cup points, where applicable, will be tallied upon the return of Fearless Leader, but in the meantime try and wrap your heads around who else is gone this week: 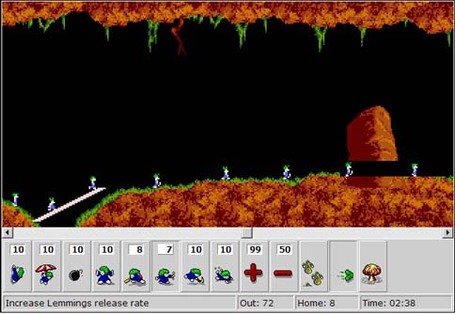 • Andrew Harris, Ole Miss: Not enrolled for spring. Houston Nutt's farm system delivery tubes will have another receiver sprouting up in his place before the week is out.

• Tyrik Rollison, Auburn: In need of a "fresh start" and headed to Houston State, according to Joe Schad, who heard it from the internet.

• As previously mentioned, Robby Green and the Badger Badger Badgers (because there's three of them, see) have been dealt a Situation and a Mysterious Series Of Suspensions, respectively.

• Daniel Palmer and Nick Sampson, UTEP: confessing to robbery and somehow still hanging on with the team despite having been suspended since June. Chip Kelly approves.

• Carnell Lake, UCLA cornerbacks coach: Resigning and citing "family reasons." We like Hinton's reaction: "No one actually steps down for family. Suspicious."

Johnson, who will be a sophomore next fall and will likely be a second- or third-team safety, received a traffic citation nearly two years ago. Wolf Pack spokesman Chad Hartley said that Johnson thought his dad had taken care of it, but when he was pulled over by the Nevada Highway Patrol last weekend he was arrested for failure to appear, a misdemeanor.

This is the worst Fulmer Cup entry in recorded human history.