AN AUTOGRAPH JUST AIN'T WHAT IT USED TO BE

Share All sharing options for: AN AUTOGRAPH JUST AIN'T WHAT IT USED TO BE 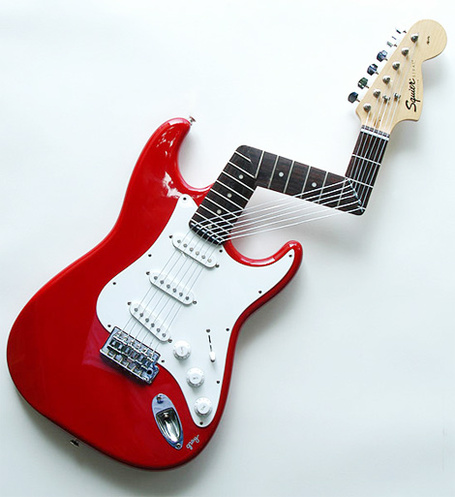 One of our Georgia-based tipsters reports from Atlanta Magazine's "Best of Atlanta" party earlier this week:

. . . they had these two Fender Stratocaster-"esque" guitars, one signed by Saban and one by Tebow, with bids starting at $800 apiece for the silent auction benefiting a local kids' charity. The sign said "UA v. UF Again!" And they tried to taunt the bidders into some "bid-off" alluding to the fact that your team’s pride was dependant on a overpriced $150 Mexican-made guitar with a $0.10 sticker and a $5 autograph. Well, as of 8:45 – event ended at 10 – no one had bid on either. (I guess making it a tie like Saban’s record against Tebow in the SECCG.) Ha, screw you, local kids' charity!

Well, it's plainly obvious why the guitars didn't attract more bids -- the Saban instrument was a particularly cantankerous model that clearly doesn't have time for shit like being noodled around on for old Grateful Dead tunes, while the Tebow guitar required an extremely awkward playing motion that would be completely unsuitable for any kind of professional performance setting. Nevertheless, it bears mentioning that these guitars still fared much better than a few items that didn't make it to the final gavel at all, including guitars signed by . . .

Bobby Petrino: In the middle of the bidding, owner decided to donate it instead to an auction in Arkansas, where it would stand out more.

Lane Kiffin: At the last minute, owner decided to donate it instead to a much more lucrative auction in Los Angeles (though we hear that it was destroyed by angry Tennessee fans en route).

Joe Cox: Disintegrated upon being exposed to sunlight.

Les Miles: Owner promised for weeks that he'd bring a guitar signed by the national-championship-winning LSU coach, but showed up two minutes before the start of the auction with a harmonica signed by Jordan Jefferson.

Ndamukong Suh: Fell off its display stand and crushed guitars that had been donated by Bob Stoops and Mack Brown.

Mike Leach: Withdrawn at the request of Texas Tech administrators.

Ron Zook: Accidentally backed over it with his car, then signed this and submitted it instead. 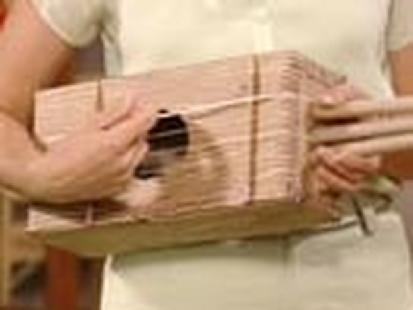 Jevan Snead: Courier let some random guy in Alabama take a look at it and never saw it again.

Stephen Garcia: Owner's son actually played the guitar at an open-mic the night before the auction, then got drunk and tried to hit a bouncer over the head with it.

Paul Johnson: Doesn't sign guitars, only ukuleles. A UKULELE CAN TOTALLY CARRY A BAND IN THE 21ST CENTURY, DAMMIT.

Rich Rodriguez: Donated a keytar instead. Still can't understand why the auction organizers wouldn't accept it.

Oddly enough, the biggest moneymaker of the entire night was an item donated by Howard Schnellenberger: a "night of romantic music" in which the Florida Atlantic coach will come to your house and personally serenade you with his guitar stylings. Actually, it may be a saxophone, or an accordion -- Schnelly's multi-talented like that -- but it's gonna be baby-makin' music regardless. Of that you can be sure.