Share All sharing options for: YOUR SCHOOL'S QB TANDEM AS LAW FIRM 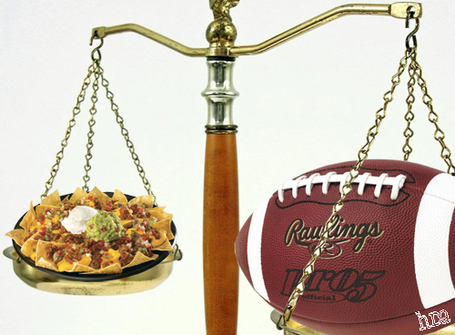 Last month, as Orson and I were motoring up to Knoxville for the infamous curling expedition, he asked me who was most likely to fill Joe Cox's gingertastic shoes at Georgia's QB spot in 2010. At the moment, the race appears highly likely to come down to Aaron Murray and Zach Mettenberger, two freshmen who redshirted last year. Murray and Mettenberger are both inexperienced players who nevertheless came to Athens as highly touted recruits; they also sound like a law firm started by a couple of Jewish guys in Queens to handle wills and estates. ("Murray and Mettenberger: What, you want you should have to deal with this all on your own?")

Your QB tandem, and the law firm that they would create, says a lot about your program. Georgia, for instance, is going to start a pair of kindly, helpful young gentlemen who nevertheless are destined to provide some moments of high comedy as they get their quarterbacking feet under them in their first season on a college gridiron. Other programs, meanwhile, will have entirely different skill sets and specialties. Such as:

Brantley, Reed, and Burton (Florida). The rich, Bama-banged douchebags who blew by you in their Mercedes G-Wagens while you were pedaling to class on your Schwinn graduated, went off to law school, and started a firm of their own. Now they handle corporate tax law, real estate, antitrust, basically nothing that is relevant to you unless you run a company with more than a hundred million dollars in assets. If you're trying to settle with the people whose river you dumped a metric ton of dioxin into or seize an orphanage through eminent domain so that you can expand your golf course, though, Brantley, Reed are the guys to call.

McElroy and Jackson (Alabama). Did you breathe the same air as someone whose mother handled neurontin while pregnant, and believe that it might be the cause of the fibromyalgia you haven't been diagnosed with yet but just know you have? Then you might be entitled to a GIGANTIC CASH SETTLEMENT, and class-action attack dogs McElroy and Jackson are just tenacious and unscrupulous enough to pull it down for you. Remember, if you a) need more money and b) have even the slightest hint of a medical problem, you have the right to sue the crap out of someone for it. It's, uh, in the Constitution. (Oh, and they'll also buy your unwanted gold jewelry.)

Prince, Brehaut, and Crissman (UCLA). This one's easy: entertainment lawyers serving only the glossiest of clients. Prince once dropped acid with Jerry Garcia on the Grateful Dead tour bus. Brehaut has a weekly racquetball date with David Geffen. Crissman is a former child star who now represents half of NBC's Thursday-night lineup and their agents. Together, they will wring every last dime out of your intellectual property, to the point where they can even get you thanked in an Oscar speech if that's what you want. Or would you prefer some coke? Snorted off the silken abs of a Playmate? 'Cause they can make that happen, too.

Pryor and Bauserman (Ohio State). Personal-injury attorneys with a touch of class. They're not going to let just any neck brace into their offices. Rear-ended by a semi? Ugh, we'll let Ken Nugent handle the truck companies. But if the vehicle that rear-ended you was a BMW 7-series, now we're talking. You aren't gonna get any TV-ad catch phrases or wild courtroom shenanigans with these guys, just an iron-fist-in-a-velvet-glove approach to the insurance industry. And all it'll cost you is 35 percent of your settlement, of course.

Masoli and Costa (Oregon). Nobody utters the words "Our clients weren't even in town when it happened" with more authority than Masoli and Costa, the mob's go-to guys whether the item that's just suspiciously disappeared is a file of casino receipts or a union boss. Let's put it this way: Ever wondered why nobody ever pressed charges against LeGarrette Blount for coldcocking Byron Hout up in Boise last September? Because Masoli and Costa "took care of it," that's why. The fact that Hout's car blew up in a parking garage three days later is just one of those weird coincidences. 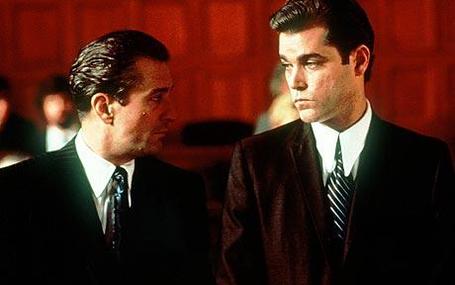 Garcia and Hillary (South Carolina). ¿Problemas con la inmigración? If ever there was a law firm that practically begged to have "Se habla Español" stamped at the bottom of all their bus-stop ads, it's Garcia and Hillary, the Low Country's masters of la forma I-9. Don't sweat that INS raid on your place of employment -- all you need is a 30-minute consultation with Stephen Garcia, Esq., and you'll be back to processing poultry within days. He's got tiny floating Matthew McConaughey on his side, brah.

Szakacsy and Osweiler (Arizona State). When wild-bearded leftists Szakacsy and Osweiler heard that Khalid Sheikh Mohammed was going to be tried on American soil, they immediately faxed their CVs to Gitmo in the hopes of snagging a new client. No Constitutional case is too arcane, no cause too dicey for these card-carrying ACLU members, who defended the Chicago Seven, the Milwaukee Five, and the Muskegon Sixteen by combining them all into a group known as the "Lake Michigan Twenty-Eight" and winning it as a class-action suit. Thinking about firebombing a Starbucks during the next WTO Ministerial Conference? You'll want to have Szakacsy and Osweiler on your speed-dial.