JIM "CASH MONEY" DELANY COULD PULL OUT THE KNOT FOR NEBRASKA

Share All sharing options for: JIM "CASH MONEY" DELANY COULD PULL OUT THE KNOT FOR NEBRASKA

if the Increasingly Inaccurately named Big Ten is to expand, Nebraska isn't a terrible candidate: it's at least geographically contiguous with the rest of the conference, features the kind of agricultural mascot beloved in the Western portion of the Big Ten, and could easily make up a ridiculous rivalry trophy with Iowa. We recommend the "Omaha Daffodil," a life-size bronze replica of the dead homeless men who spring up in the city between Iowa and Nebraska like the prematurely blossoming flowers of spring. 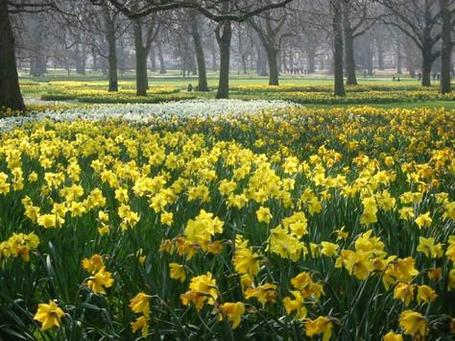 Jim Delany strangle one himself if there's not one laying around, or just take one from the stack in his basement if necessary. He's got plenty!

The most convincing argument is one of cash money, however. The Big 12's current revenue sharing agreement doles out half of its money equally between schools, and then hands out the rest based on TV appearances. If you haven't been out of the country for the past ten years, you may have noticed the power shift towards the Big 12 South, and if you haven't, we'll remind you that Texas and Oklahoma are in the Big 12 South, and that they have won the Big 12 Championship Game eight out of the last ten years.

This lopsided power dynamic equals fewer national games of prominence for Nebraska, who makes less money for the FSN and Versus games they've been popping up on lately. Using the terms of their 2008 revenue sharing agreement and looking at their 2009 tv schedule, the Big 12 handed out no more than six million dollars max to Nebraska in terms of tv cash.

(Mind you: that's ballparking with a lean towards the maximum dollar amount, fuzzy memory and leniency permitted. We know that Iowa State/Nebraska game was on Versus, because you don't forget seeing eight turnovers branded with the Versus logo easily.)

If the Big Ten offers--and to be clear, they haven't even extended one hearty but still slimy Midwestern tentacle westward to Tom Osborne yet--but if they do, they'll offer somewhere on order of what Adam Rittenberg says is $17-20 million in tv revenue, doubling up what Nebraska currently gets. The big stock "N" on helmets still is a national brand, and Delany could get them on the cheap and offer them a competitive advantage simultaneously in the deal. Finally, unlike the Texas to Big Ten rumors, this is not totally fucking insane.