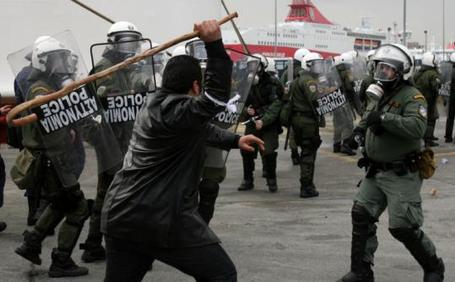 Just another night out in Pullman, WA.

The high-performance bond to purchase for all time in the Fulmer Cup has been Washington State, the small dynamo consistently cranking out Fulmer Cup points like the pinata unceasingly belching out caramels. The Cougars--arguably the worst football team in the nation two years running at the D-1 level--still manage to produce points in this game, and kick off the 2010 season with a pair of point-worthy stupidities.

Thus the Cougars receive a total of three points in what are still the opening innings of the Fulmer Cup. Let Mike Price's Ghost be praised, especially when he's tucking in phantom dollars of the g-strings of local amateur theatrical dancers.