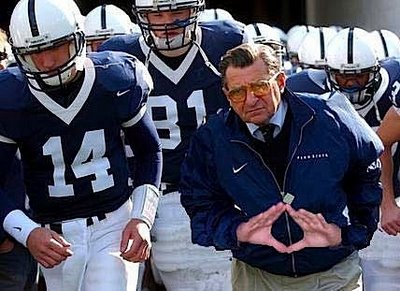 KEEP IT FROSTY YOU POLAR BEARS OF SOCIAL MEDIA

Joe Pa know how it do, but Markeith Ambles, VHT* wideout and former Vols commit prior to the Great Kiffin'ing, had plans this weekend for his recruiting trip to Knoxville. (After the jump.)

"Oh, bone to bone? What's that? It's like dancing, but better? Well, young man, I'm not sure exactly what this thing is, but you can sign me up if it means a clean old fashioned good time in the name of Tennessee!" The Vols, despite fielding a new coach and working in the middle of what passes for a blizzard in Knoxville, got three commits this weekend and are otherwise going bone to bone with the recruiting process as well as could be expected all things considered.

THE BIG TENT CONFERENCE, THOUGH REALLY IT SHOULD BE THE BIG ELEVETENT IF WE'RE BEING PRECISE.

If there is any merit to the rumor that the Big Ten plans to take a bite out of the Big East's already well-nibbled carcass and offer Pitt membership in the Big Ten, it likely involves an even bigger expansion of the conference than previously envisioned, since as

The Rivalry points out Penn State already brings the same tv audience and footprint. If it is Pitt, the other two teams are beyond logical choices: UCF and Idaho. Jim Delany, our advice is offered not to trick you into failing because you are a dick, but out of a well of the deepest sincerity in our hearts for the continued health of your career. 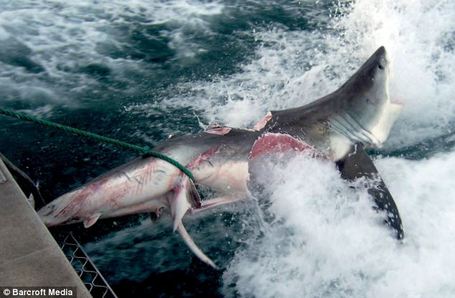 The Big East, seen in its current state.

SERIOUSLY DESPICABLE DOESN'T DESCRIBE IT.  Doug's ongoing list of the most despicable people in college football does need to be read with some filtering--only a Georgia fan has George O'Leary and Paul Johnson on the same list--but it is necessary reading, if only to mark Kent Hance's first and only appearance on the list for firing Mike Leach.

A BRIEF ESTIMATE OF THE ACTUAL POSSIBILITY OF GOVERNMENTAL ACTION IN THE CASE OF THE UNITED STATES VERSUS THE BCS AND ITS POSSIBLE IMPLICATIONS FOR THE EXTENSION OF GOVERNMENTAL POWERS INTO THE REALM OF SPORT AT THE BEHEST OF AN OLD AND NOTORIOUSLY KOOKY SENATOR FROM UTAH EXTENDING A REQUEST TO PRESIDENT OBAMA IN A TIME OF GREAT HORSE TRADING AND NEGOTIATION IN EXACTLY TWO WORDS OF SUMMARY: This? Notafuckingchance.

PERHAPS YOU'D LIKE TO SEE TODAY'S EKG. If the quotes from this GatorSports article are accurate, a big part of Florida's recruiting season has been convincing recruits that Urban Meyer is not in fact dead, and keeping them aware of every giggle and hiccup in his cardiograms.