Share All sharing options for: 35 FOR 35: THE MUSIC CITY BOWL 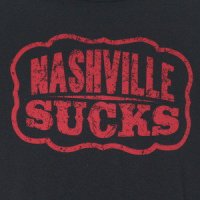 We got Clay for the Music City Bowl, and really wanted to talk about the game, and about the strange seasons of both teams, and how if you'd called this prediction pre-season you would have been howled out of the room, especially if you made the bold prediction to your weird uncle Wolftooth, the one who couldn't speak English, never wore clothing, and who sometimes bit you on the nose to display his dominance before howling at the moon all night. Now that we think of it, Uncle Wolftooth was pretty strange. Was he Asian? He was probably Asian.

The rest of this is just Clay and ourselves arguing over Nashville vs. Atlanta, with a brief detour to acknowledge that Birmingham is both wealthy and a lot like Johannesburg, South Africa.  Listen here,  or in the player below.