A NOTE ON GAMEDAY ATTIRE

Share All sharing options for: A NOTE ON GAMEDAY ATTIRE 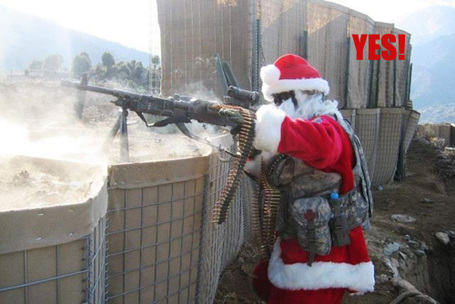 Last night at the Alamo Bowl we sat down in the corner of the endzone with a good mix of fans from both schools and beyond. Arizona fans tend to be West Coasty bro types in red t-shirts who use the word "fuck" a lot. They threaten their kicker with death. They scream over the tunnel at Mike Stoops that he should be fired despite Mike Stoops being the best thing to happen to their program since the inkstroke that mercifully ended the John Mackovic era. They happen to be great fun if you have a certain ironic distance from their fandom.

Oklahoma State fans are--and please take this in the best way possible--country as hell, and could not hide it if they tried. The black jeans are a school colors thing, but you know they'd own them anyway. Cowboy hats are worn frequently, haircuts fall somewhere between frat boy shag and ROTC-ready budget trims, and yes, there are boots, big shitkicking cowboy boots. There isn't a uniform, but there's definitely a mode, and most Oklahoma State fans fall right into it.

Neither of these is bad. It's part of the anthropology of college football, and we have no problem with the chosen gear of each tribe since that's there ceremonial outfit. When we put on our jorts it's not just to show off our muscular calves: it declares our membership in a chosen social group, and also to let everyone know that we like to parrrtyy.

This is addressed to you clunkminded jackoffs who show up to other people's games in your team's gear. Nowhere else in society do you enter someone else's sanctum, someone else's chosen site of sports worship, and then fart in that closed car of transit from first to fourth quarter by wearing your team's colors. 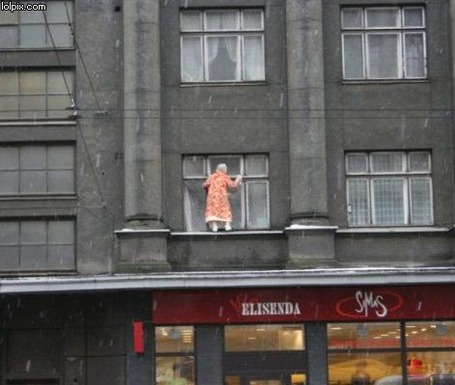 The intellectual palsy of this cannot be understated: you are literally spamming the event with your person by butting in and making the event all about you. When you show up in another team's jersey, you're saying "You know, this is all right, but my heart's really thinking about being somewhere else with a superior football team whom I JUST HAPPEN TO BE LUCKY ENOUGH TO PULL FOR OH LOOK AT ME EVERYONE." You are the single issue voter interrupting a thread about golf to declare how mad you are about that damned [Insert President here] and how he wastes time on the golf course when he should be getting on that economy horse! FUCK YOU AND EVERYTHING YOU ARE.

This game is not about you. You don't see Jews strolling into churches with yarmulkes on sitting in the wings making wanking motions during the homily. (Though the visual on this comparison does have real humorous potential.)  You don't wear scuba gear to go fishing because, "Well, it's water, but it's not my kind of water-thing, but DURRR FISHING IN SCUBA GEAR." You might go to a Thai restaurant with friends and then talk about how awesome Italian food is, but this would make you what all these other things make you: a shitnaped tardprat who just has to insist on this being all about you.

So yeah, Ohio State couple in their forties dressed head to toe in Buckeye gear at the Alamo Bowl, where Ohio State wasn't playing? We're going to your house, and when you're making love we're going to walk into your bedroom, put on a shirt that says "SOMEONE ELSE," and talk about how awesome it would be if we were somewhere else watching another couple make love. And when the police arrest us, they'll say we were guilty of the crime. Some definition of justice, America.