NB: Once again for the drowsy and quick of send button: we don't write these. Guest columnist Pete does, and has all season. Please direct all concerns to him. Thanks so much.

Pursuant to the Bowl Season wagering primer here I'll get right to the picks, except for one thing. Which is that I'm going to adapt to circumstances and avoid picking as many games as I'd originally planned. The issue appears to be that when one gets too far into the chaff and bullshit like Toledo/FIU, one tends to resort to making crap up, like that an NCAA football player could be considered home for the holidays wherever he might play in a bowl game.

Anyway, DERP, in the bowl games that are important I'm undefeated, broke even on the units last week, you should have known anyway, and probably did. And with the further bullshit of Christmas and New Year's being on Saturdays this year, it might be just as well to minimize weekday afternoon distractions, which, again, is total bullshit.

The eight picks here will take us through Friday afternoon, and I'll pick up again here then with picks for Friday night's Chik-fil-A Bowl through New Year's Day.

CHAMPS SPORTS BOWL: West Virginia -3 over North Carolina State (8 units), TONIGHT, 6:30 PM EST, ESPN:no place is on the up and up like Morgantown is.  NC State head coach Tom O'Brien's 7-1 bowl game record probably isn't underbought in the point spread here, nor is anti-Big East bias. I'll say it: Sometimes defenses are better than offenses, and in places where the weather tends to be crappy during football season, it makes sense to make your football team that way. And regardless,

INSIGHT BOWL: Iowa +2.5 over Missouri (15 units), TONIGHT, 10:00 PM EST, ESPN: I'm looking to fade the Big Twelve wherever I can this bowl season, and this is as easy as it's going to get. Folks are all wrapped up in a few high-profile suspensions of Hawkeyes, and forgetting that Missouri QB Blaine Gabbert is "driven by the mantra 'FEPWDM,' which means 'for every person whoever doubted me," (anagram for DERP) while his counterpart Ricky Stanzi couldn't possibly give a fuck less about a hater. We're talking about complete polar opposites in the most important of respects. And again in that Missouri's only decent win can be almost entirely attributed to the Universal Force of Bad Action, and that most of Iowa's losses came at the hands of the same. Iowa's defense is fine. This is the play of the season so far. Load up, Americans. Boom. Insight.

TEXAS BOWL: Baylor -1 over Illinois (4 units), Wednesday, 6:00 PM EST, ESPN: Like I said, I want to fade the Big Twelve wherever I can this bowl season, but NAMEs get REDACTED around here for a reason, and once they do, one only has so many chances to wager against them in the postseason.

VALERO ALAMO BOWL: Arizona +5 over Oklahoma State (6 units), Wednesday, 9:15 PM EST, ESPN: Here, we not only get to fade the Big Twelve, but also OMG TOP NFL DRAFT PICKS TOP RANKED OFFENSE OMG. Here's Oklahoma State's non-conference schedule: Washington State, Troy, Tulsa, and Louisiana-Lafayette. This one offers a nice chance for Arizona to salvage something of a lost season slowed by an injury to star quarterback Nick Foles, and they should be looking forward to it against the Cowboys defense. Don't sneeze at Arizona having covered the spread against Oregon, and don't underestimate the SAD of Holgorsen's departure.

NEW ERA PINSTRIPE BOWL: Syracuse PICK over Kansas State (4 units), Thursday, 3:20 PM EST, ESPN: PROTIP: I lived in New York City from when I was 18-26 and can tell you that Syracuse grads there are a lot like icebergs in that for every one of them there's at least 30 "good friends" who "dropped out" first or second semester, live in the city as well, and gather in impossibly regular intervals to pour impossible amounts of diverse substances into their faces. It probably doesn't even matter that the Carrier Dome is the only college venue that sells beer (Dome Foam!). Kansas State has no idea what it's up against here. What a get for the Pinstripe Bowl.

"If you don’t have a big disparity in talent, then it’s who managed that time off the best. You have to have a good combination of relaxing and having fun, but also keeping your focus on the game. It’s important to learn how to manage all the (bowl) events to where it’s not so distracting that you lose sight of why you are here." 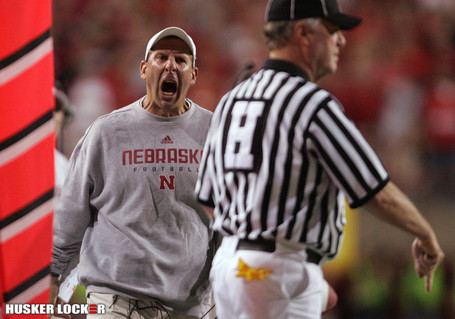 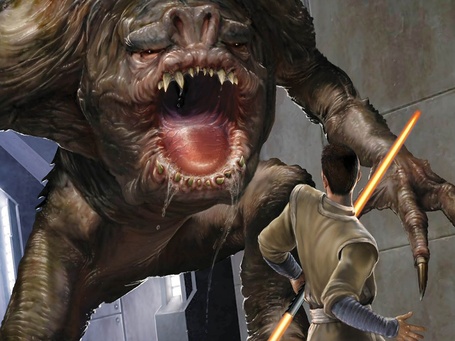 BRIDGEPOINT EDUCATION HOLIDAY BOWL: Nebraska -14 over Washington (7 units), Thursday, 10:00 PM EST, ESPN: When I think about Washington quarterback Jake Locker saying that he's glad he came back for his senior season because he gets to play in a bowl game, I think about Toledo and FIU. I'll pass on the "Nebraska lacks motivation" line. Some teams must like knowing that they have a whole month to look forward to a sixty-minute three-phase bitchmaking, and if so, they're probably coached by guys like Bo Pelini, who, relatedly, is in the news again for fuming. Big Rev tried to help the last time these two teams squared off, and it won't go to waste this time around:

HYUNDAI SUN BOWL: Notre Dame +3 over Miami (7 units), Friday, 2:00 PM EST, CBS: If the fact that Notre Dame head coach Brian Kelly not only reads but uses EDSBS wasn't enough, a Miami group that underperformed all season is now supposed to meet expectations for an interim coach because it has a chip on its shoulder because it's mad that its old coach got fired.

Not sure how any of these picks lose, but please don't hesitate to let me know what you think. I have an especially Cleveland-specific reason to pick Georgia over UCF in the Liberty Bowl that I'll post at Cleveland Frowns on Friday morning, and will be back here by Friday afternoon to take us through the New Year's Day bowls. Hope everyone enjoys.

(I'm 41-39-6 (-1 unit) picking college football games against the spread on the internet so far this season. Note: One unit is one percent of your season-opening bankroll.)