Share All sharing options for: NCAAFB WIKILEAKS: AN EDSBS EXCLUSIVE

The following fragments of the upcoming NCAA WikiLeaks document were provided to EDSBS under terms of extreme confidentiality. Please do not forward or share with non-EDSBS readers. It's the internet: we trust you! 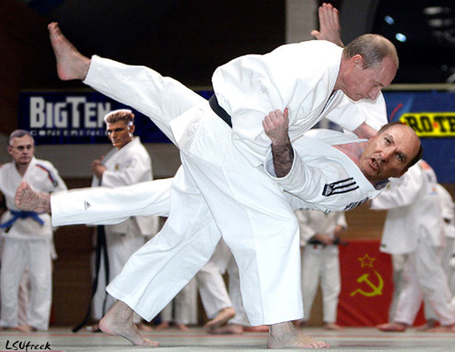 State Department Cable, 8/2/2010: "Much of the original funding for the Big Ten Network has already been repaid to Russian investors. This substantial sum includes profits guaranteed and bound for bank accounts in Nauru, but Putin refuses to accept the full remuneration for fear of losing control of shadow companies Ro-Tel and The Big Ten Network. On weekends Delany has joined Putin for judo sessions, and always loses per Putin's request following the embarrassment of a match gone wrong with Tim Brewster.

P.S. Tim Brewster has been dead for four months from radiation poisoning, and no one has noticed yet."

Treasury Dept. Memo, 2/4/2009. "Joe Paterno, on a recent trip to Canada, was caught by Customs with 478 bottles of Canadian Whisky stowed in his car. Bottles were stashed in wheel wells and secret compartments throughout the body of a 1926 Chrysler Imperial E80 registered in Paterno's name. Paterno claimed "personal use" and then reached for a Tommy Gun underneath the seat before being subdued by customs officials. Charges were dropped after Paterno was forced to pay a small fine and told the Volstead Act had been repealed since 1933." 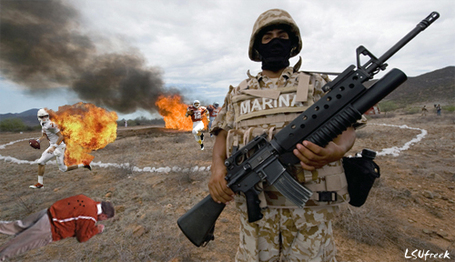 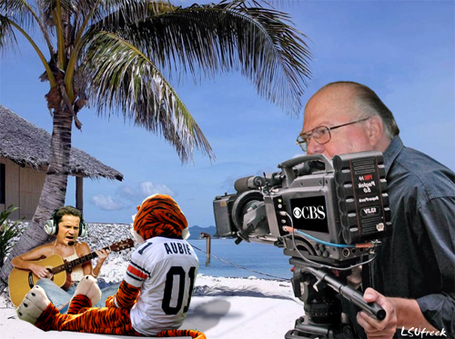 FBI Memo, 11/10/2010. "Auburn football program may already be completely offshored, and in event of NCAA investigation will simply move to a front company in the Cayman Islands while maintaining a stateside presence under the name of Troy University, a nearby school secretly owned by Auburn through the same Cayman offshore fronts. The SEC is aware of this, and so is the SEC."

Bureau of Alcohol, Tobacco, and Firearms, 8/19/2009.  "An enormous weapons stockpile found in Gainesville. Apparently just sitting there waiting to be used properly. Locals insist on firing guns backwards, in air, and then throwing them under local buses while blaming the weapons. Bizarre; no known link with extremists.  Will monitor."

Treasury Department, 4/22/2010. "Security watch set for Nebraska football coach Bo Pelini after fifteenth straight year of writing out annual income tax payment check to 'YOU FUCKING LEECHING FUCKBATS OH GOD I'LL SLIT ALL OF YOUR FUCKING THROATS WITH JUST ONE OF YOUR MOTHER'S HUGE FILTHY TOENAILS AND PUT YOUR BLOOD INTO A GODDAMN PROTEIN SHAKE I'LL DRINK BEFORE BEATING YOU INTO FLATMEAT. May be prone to future violence against the government and anyone else within a five mile radius."

Department of Agriculture, 10/16/2010. "Reports of a Sasquatch-like animal loose in Southern Alabama persist. Filthy, huge, prone to random violence. Locals refer to it as 'Mr. Fairley.' Crop damage of local ginger supplies is SUBSTANTIAL, but not selective." 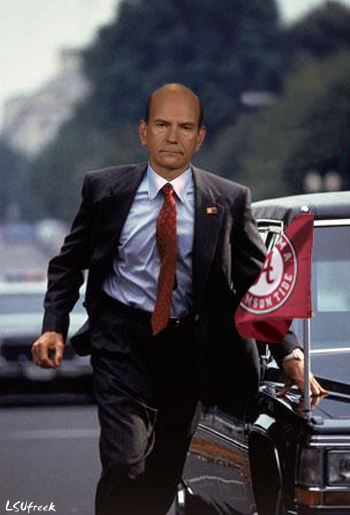 FBI Memo, 8/3/2010. "A credible stalking threat has been reported against Alabama football coach Nick Saban. Suspect described as looking like 'Montgomery Burns with a dye job,' and may have significant ability to infiltrate security structures despite public knowledge that he may turn at any moment and stab Saban and others in the back. Lengthy record of public sociopathy; tapes, online mp3s available."

FBI Memo, ALL AGENCIES, 11/3/2010. "Jake Locker still missing after four years. Case remains unsolved, though forensic evidence is working to verify rib fragments found at various sites up and down the West Coast."

CDC Memo, 11/14/2010. "Zombie outbreak false alarm has been traced to appearance of a sleepy Mike Sherman at a local Starbucks. Please stand down." 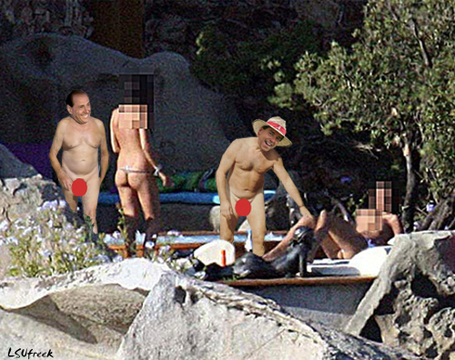 CIA Memo, 1/28/2010. "Nick Saban's close friendship with Italian Prime Minister Silvio Berlusconi continues to be a source of some focus locally, particularly his involvement in Berlusconi's 'Bunga Bunga' parties. The bond is understandable, and is based on their shared passions for the dictatorial, sport, lake houses, and vacationing in the nude. Saban is said to be an investor in Il Processo, a series of seafood processing plants in Liguria, while Berlusconi is allegedly contributing money to the Alabama football program. This was not his first choice, as his family are traditionally Auburn fans, but his advances were rejected when Auburn booster Bobby Lowder denounced him as 'too reputable' to contribute."