167 comments! People must be REALLY JACKED about the utterly un-secret hiring of James Franklin, right?

We use "learns" in the loosest possible SEC-friendly sense of the word here, because it's clear this thing was set in motion and never looked at again, but be that as it may: Somebody set out to maximize buzz by driving word of mouth from relevant influencers, and this is what they came up with. A I-A football program decided to use Facebook to announce its latest ill-fated coaching hire, and nobody was set to monitor it, and if there's one thing we're really, really good at, it's scooping the very latest in coaching hires and sharing the PRINCELY NEWS with an adoring public. 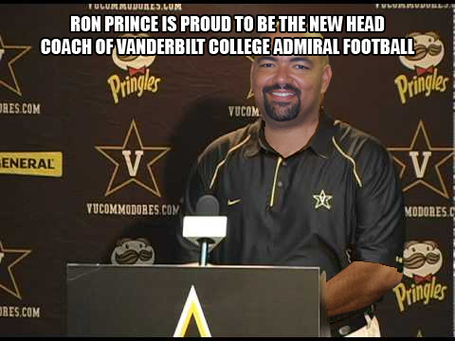 [Image via our own BBS]

An indelible record of what transpired next is after the jump.

Click to embiggen (and you'll probably want to open it in a new window, that you might helpfully browse the supplemental reading we've included below):

Hard lesson learnt (again, assuming anyone from the University ever checks back to see what happened): When you hitch your phaeton to the spirited fillies of social media, make very sure you can control the reins.