JAIL IS NOT FUN TINA FEY. UK QB Mike Hartline, arrested for drunk and disorderly last night after leaving a cab in a fare dispute and being visibly drunk in public, is caught from behind here by a 5'3" reporter in heels at five in the morning. Thus continues the grand Commonwealth tradition of being chased by reporters on any important occasion. Important heads of state in Kentucky's funerals are considered incomplete without the coffin being chased by a news team, preferably one hightailing it as fast and as hard as they can across a cemetery while asking THE PRESSING QUESTIONS NO ONE ELSE WANTS TO KNOW.

The fracas includes one allegation of the qb hitting a lady.

Sheeran told police that Hartline hit her, causing pain in her lower jaw. The officer took a report but noted that there was no visible injury.

Roberts said officers informed Sheeran that she would need to press charges downtown if she wanted to pursue further action against Hartline.

"Unless an officer is actually present and sees the assault, we cannot make an arrest," Roberts said. "She was advised that that's the course of action she needs to take."

Hartline is out of jail, and ironically took a taxi away from the scene of his amazing parking lot sprint. The season is not over, and therefore this does not count for the Fulmer Cup. (Neither does Baker Steinkuhler's DUI arrest from a few days ago, either.)

HELLO FLORIDA HIRING RUMOR DU JOUR. Two currents have emerged. One is the completely unsubstantiated but persistent rumor that Chris Petersen is the first name on Jeremy Foley's list. OBNUG has a lot of reasons why this can't happen, though we along with OBNUG commenters would point out that #9 is invalid because as cheap as land is in Boise, it's just as cheap to live in Gainesville since scrub pine/yucca/rattlesnake nest real estate is still going for very affordable rates in North Florida.

The second rumor involves Randy Edsall being on the list. The only commentary we have on this possibility: 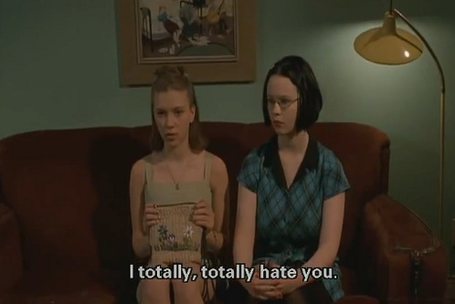 Considering a faction of UConn fans don't even want him right now, this seems like a horrible idea. It is also a big day for the UConn fanbase, as they have now clearly entered a new phase in their maturation, the spoiled toddler stage. (Florida=discontented quarter-life crisis; Notre Dame, clearly just happy to be in the retirement home with a nice blanket and some tea; USC, clearly in mid-life crisis mode and thinking about making some ill-advised real estate purchases to gain any sense of security in this uncertain life.)

VANDY IS GOING TO REMIND YOU THAT THEY HAVE MONEY LIKE BLACK ROB. Whoa is the word if Vandy's really offered $3 million to Gus Malzahn for their head job. That is less a warning shot announcing that the Commodores mean business, and more like a cannonball aimed straight through the bridge of the rest of the SEC. Vanderbilt's football history means this cannon explodes and kills ten crew members on the deck, precipitating a meek retreat and some elaborately penned letters of apology on exquisite stationery, but this time it's going to be really, really spectacular.

That's likely a seven year deal, too, meaning Malzahn would be out of his mind not to take it, especially if he's not a serious target at Pitt. Him wanting to leave Auburn for business reasons--i.e. to get away from the aftermath of l'affaire d'Cecil--is a given without the money. Making enough money to free up his coaching options for the rest of this life was not, but Vandy clearly wants you to recall that they are fucking loaded and not afraid to crash a few Bentleys.

WHORING WHORING WHORING. We did quite a bit of radio yesterday, which is always a real sign people are really desperate to talk Meyer when we're getting invites, but the Solid Verbal had us on at length to talk hiring, etc, and as usual the conversation got tangential fast and was completely our fault. On the DL had us on pre-Meyer two days ago, but it's still an interesting convo re: Newton (mostly thanks to Dan's questions, not our answers.)

AND THEN WE SING. Pre-Snap Read has a lovely little read on why the Army/Navy game means so much, but non-football meaning aside, it should be a rollicking game this year thanks to Army and Navy gravitating closer to some kind of football equality. And then there's singing and mansome hugging, and now it's misty in here again, dammit, and just after that Corso tribute last night. (Still guessing this means Corso is done on Gameday, and that they won't attempt to replace him because when you are the job description, the job itself is irreplaceable.)

CRAIG JAMEZ ROTE A BUK. No, really, he did.

CHAIN HANG LOW. Any gun-based robbery attempts on Joe Haden will have to attempt to shoot around his huge "GATOR BOY" chain, which is probably what explained his slow initial 40 at the NFL combine. Take that off and he's a solid 4.3 guy.

THE CRIMINAL JUSTICE SYSTEM BOWS TO LADY FOOTBALL AGAIN. The Auburn lawyers pleading their case for a national title game visit's pause in the wheels of the justice system are going to get their continuation.

BONUS: Conan O'Brien, alcohol, firearms, and Hunter. Please, the safety expert reminds you to move the whiskey before firing your machine gun, sir.