ALL HAIL THE ALPHABETICAL: It's up, and the most fun part of it this week was putting together the worst possible theoretical BCS bowls regardless of conference affiliation. 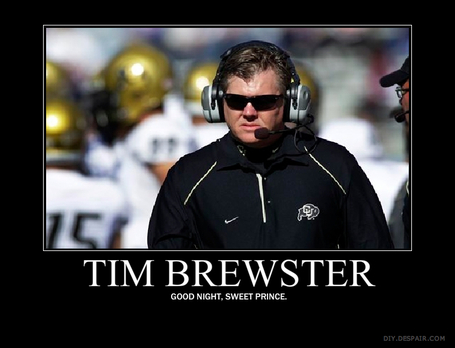 Glen Mason was fired as the coach of the Colorado Buffaloes this morning after a five year tenure most noted for an opening loss to an FCS school, an epic press conference rant, and for starting his son at quarterback while turning the school into the Bangladesh of the Big 12. The official response of Bangladesh to the comparison: 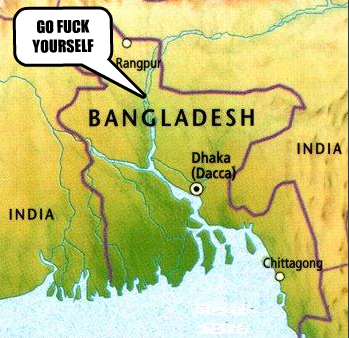 Please remember that this all made so much more sense five years ago, when Hawkins had just led Boise State and appeared to be a very good coach capable of taking middling talent and winning football games. It really did seem like a good idea, though this whole "Keeping him around for a fifth year" thing might have been a big generous. It may be excused by Colorado's tenuous financial position as an athletic department, but broke or not they will pay Hawkins a $2 million buyout anyway, and then attempt to hire a coach paid exclusively in lift passes, weed, and well-maintained young women from the Denver suburbs. (Wiling candidates: any American male, actually. Cash is overrated in what will be a barter economy soon, anyway.)

WE HAVE A PIECE OF PAPER WITH CAM NEWTON'S NAME ON IT HEY LET'S PUBLISH IT. Thayer Evans, DESPICABLE AGENDA-HAVIN' HATER, publishes Cam Newton's suspect academic violations at Florida, where confidentiality laws have been violated in the name of smearing his name, or alternately the terms of his departure have been clarified, depending on how you look at it. It really shouldn't be out there since student records are confidential, but say the word "agenda" die. This is someone publishing something because they have it, and someone talking because they have gossip. Neither has much value, and a conspiracy theory about getting Newton declared ineligible before the SEC Championship game has less.

The only reason this is coming out now is because somehow word of the still-open investigation got out, and ESPN, The NYT, and everyone else working on this had to decide to pull the trigger on what they had in the story before the other did. This happened because this rumor got out on message boards, Twitter, and elsewhere, and the window for getting the scoop got very, very narrow in a very short span of time.

Urban may have pushed the initial probe out there, but violating student confidentiality is beyond the pale for a college football coach--or at least should be. Other things that should be beyond said pale are violating the established rules of competition, potentially selling your own son to the highest bidder for your own benefit, and denying that any of this ever happened or continued to happen because of the inequities of the system. And yet here we are, grasshopper. To assume any of it is untrue at this point would be assuming there is a ceiling and a floor, and we think we've established that at this point both have been blown to shreds.

But seriously: using the word "agenda" is up there with "haters" in signalling that you have a farting sparrow where your brain should be. TSK's right here: all roads may lead to Gainesville but not necessarily Cam Newton, just as all roads in the Cam Newton case lead to Auburn, but may not even involve a knowing and cognizant Cam Newton.

BESIDES THAT POINT: There's another, and that point is that cheating is insane anyway in the digital age.

OEAUXVERTURE.  Andrew Sharp went to LSU, and like everyone else who goes there for the first time had the lid of his skull removed, his brain taken out, and then had a rich gumbo poured in while proceeding to function as normally as anyone else does in Louisiana. (I.e., not at all, but perfectly pleasant at the same time.)

DIG DEEP GERG. Why you would hire Greg Robinson to set a shithouse on fire with a gallon of gas and eight matches we'll never know, since you'll just end up horrified as the orphanage burns and he just says "It's not that the doors are locked, it's that THEY NEED MOTIVATION TO GET THEMSELVES OUT OF THERE."

THIS IS YOUR REMINDER THAT IDAHO AND BOISE REALLY HATE EACH OTHER. Dammit, that was going to be Florida's derisive name.

"Personally, I tried not to read too much into it," he said. "But I wouldn’t expect anything different coming from the blue and orange snot. I just took it and use it as fuel in the fire and feed my hunger to want to get after these guys to finish my career off with a win against them and bring pride back to this community, the University of Idaho and Moscow."

Robb Akey is a bit more civilized about it, but he usually is about everything. (See: Mustache.)