Share All sharing options for: THE CFB BUYERS' GUIDE: UP-AND-COMERS

Ordinarily we'd take some time around this point in the week to head into the Consumers Union labs and run a bunch of teams, players or coaches through the ringer, but instead of hanging with the science nerds this week, we decided to have a sit-down with CU's investment experts. After all, when you're plunking down money for college football, you're not just sitting down for one game, you're potentially picking a team to stand behind for the long haul. So with the help of those money gurus, we gauged the long-term performance of some long-suffering programs who can now be described as "up-and-coming." Which programs currently offer you a prime buy-in opportunity without just looking like you're leaping onto a crowded bandwagon? We've made our picks below. 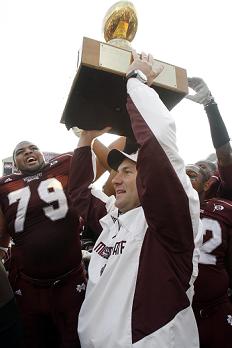 MISSISSIPPI STATE | ■ ■ ■ ■ □
Highs: Clutch defense, an offense whose gears are starting to grind into motion.
Lows: Blah color scheme, upper management ripe for being plucked away.
In truth, we may have gotten to this one a year too late, as MSU, a primarily agricultural- and engineering-based fund, began exceeding dividend projections last season and is only continuing that growth into 2010. State is still weak in the passing game, but one could say that about a lot of the teams running the spread option that Dan Mullen has installed in Starkville. Basically, they run the ball better and better each week and play terrific defense, the two most important things you have to do to succeed in the SEC, and that's what makes us believe Mullen's team has a chance to break through even in a division crowded by the likes of Alabama, Auburn, and LSU. Now, let's say Mullen does get his offense fully installed to his liking and the Bulldogs become a powerhouse: Doesn't that mean he's just likely to get plucked away by a larger investment house who's looking to turn around its own sagging portfolios? Well, uh, yes. But until that happens, State is a program that will provide handsome returns on your fandom investment.

T. ROWE PRICE DIVERSIFIED MID-CAP GROWTH FUND | ■ ■ ■ ½ □
Highs: Steady growth even in difficult times; always turns out great interior linemen.
Lows: May be too conservative to achieve lofty retirement goals, or to drop 50 on your hated arch-rival.
Retirement is all about the long game, and T. Rowe Price's funds have traditionally excelled as steady, conservative investments for middle to upper-middle wage earners who just want to live comfortably, maybe buy a little fixer-upper on a beach somewhere, and don't have any outlandish designs on doing something like going down to Indonesia and starting a stock-car racing league after they've retired. In other words, they're kind of like the Big Ten of investing, and nowhere is that more apparent than in the personage of fund manager Charles J. Knighton, who steered the mid-cap growth fund to a very slight gain even in the recession-wracked 2008-09 fiscal year and notched 21 pancake blocks in a three-game stretch against Janus Capital, Evergreen, and the Vanguard Group earlier this season. Nothing fancy here, and that may turn away aggressive investors looking for the big score, but for everyone else T. Rowe promises a satisfying retirement to a nice bowl destination with enough money to enjoy it. 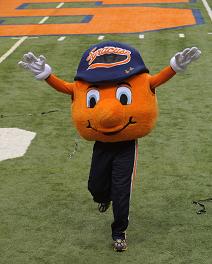 SYRACUSE | ■ ■ ■ ½ □Highs: Positive recent trends, no longer associated with GERG.Lows: Still not much on offense; is it possible that they only look good compared to the rest of their conference?It wasn't that long ago that Syracuse was king of the hedge funds, standing astride the notoriously volatile Big East and making regular sprints to top-tier bowls on the legs of Donovan McNabb. The resurgence of the Miami Hurricanes, coupled with the disastrous swap of Paul Pasqualoni for GERG Robinson, more or less reduced the 'Cuse to junk-bond status, but with the fund trending positive again under Doug Marrone, perhaps now is the perfect time to buy relatively low and hope for the rise to continue. Statistically, at least, the Orange aren't that impressive in any area other than defense, and even then it may only be because of their competition; it's possible that Syracuse, crammed away in the closed environment of the Big East and surrounded by a bunch of teams few savvy investors would want anything to do with, is nothing more than the college football equivalent of "law school hot." Eventhat's worth something in today's struggling economy, though, and should the Orange do nothing more than return to their habit of getting hammered in big-money bowls, that'd still be quite a return on the minimal investment Syracuse football requires these days. 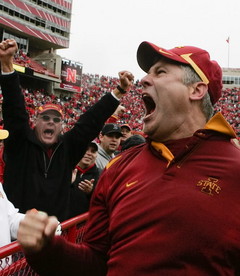 IOWA STATE | ■ ■ ■ □ □Highs: Charismatic management, good for at least one big upset per year.Lows: Tough to attract top talent to central Iowa; suffers some of Mississippi State's same vulnerabilities.ISU is not a fund that's been known for its stability in recent years. Every few quarters they'll exhibit a major spike that brings in novice investors by the droves, all hoping to have found the Next Big Thing, only disappoint them with long stretches of stagnant performance after that. Even under new fund manager Paul Rhoads, the Cyclones haven't entirely gotten away from that -- back-to-back losses by a combined score of 120-27, followed by a dominating road upset in Austin? -- but at least the long-term trends now seem to be pointing in their favor. Under Rhoads, ISU is starting to look like a regular bowl team, and with longtime obstacle Nebraska out of the picture after this season, they're poised to continue these returns in the near future. There remains a sense that there's a definite ceiling on what any fund based in Ames, Iowa, can realistically hope to achieve, and even if they do crack that ceiling, it's just an excuse for a larger brokerage to snap Rhoads up just like they might do with Dan Mullen. For that reason, we have to caution against ISU as a long-term retirement solution, but medium-term investors attracted by Rhoads' charisma and feel-good investment strategy will find a lot to like here. 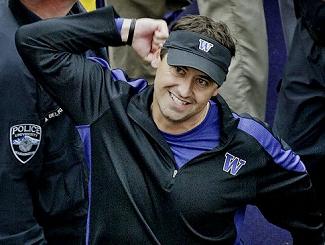 WASHINGTON | ■ ■ ½ □ □Highs: Attractive setting, nice unis, they were going to Rose Bowls not that long ago.Lows: Surrounded by potential juggernauts in their conference, every week may not be Sark Week after all.Like the Syracuse and MSU funds, U-Dub is a storied program that's spent an inordinate amount of time over the past few years wandering in the wilderness, presenting a prime opportunity to buy low and reap the rewards. Unlike those two, however, the Huskies have utterly failed to build on the gains of last year. Steve Sarkisian's swing-for-the-fences strategies ignited the UW fan base at first, but now it's starting to look like a steadier hand may be required to fix the poor investment decisions of former fund manager Ty Willingham, which still hang like a pall over this program. You can't blame Sarkisian for putting so many of his chips behind Jake Locker, but even a supposedly sure thing needs a backup plan in place, and it looks like the Huskies just don't have one this year. On paper, Washington has all the tools needed for success, but in a volatile market that will see two new teams added to the Pac-10 next year, we still need to see some more positive trends before we can give U-Dub our blessing. 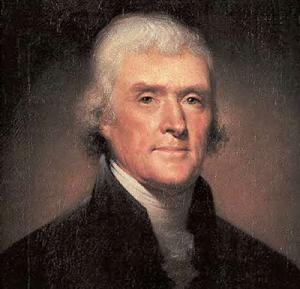 VIRGINIA | ■ ■ □ □ □Highs: Fertile recruiting base, a coach with no fear of death.Lows: Historically low returns, a fan base too focused on Derby Day to care.Before you invest your heart and your dollars into the Virginia program, you have to ask yourself: Am I just going to take what I can get and then get out, or am I in this for the long haul? We've seen both strategies from the Wahoos over the past few decades -- George Welsh made UVA a darling of the slow-but-steady school of investing, studiously avoiding both the lofty peaks and the miserable troughs in the course of an overall successful two-decade run, and then Al Groh turned it into a feast-or-famine outfit that lived by the short-term spike in returns and eventually died by them. Now they've got Mike London as their top guy, and it's still too early to say what kind of strategies he brings to the table. We will say this, though: London was a detective on the narcotics beat for the Richmond Police Department before he turned his attention to coaching, and the man has literally had a loaded gun pointed at his head and lived to tell about it. If a guy has stared down the barrel of a nine-millimeter and not managed to soil himself, he's certainly not going to be intimidated by the likes of Butch Davis, Ralph Friedgen, or Tom O'Brien. On the other hand, a near-death experience like that might make him a little bit too eager to "live for the moment" and put your money at more risk than it needs to be. In the end, despite Virginia's fertile recruiting base and what we can only imagine is a stringent level of discipline from London, we need to see more from the Cavaliers before we can put them on our recommended funds list. 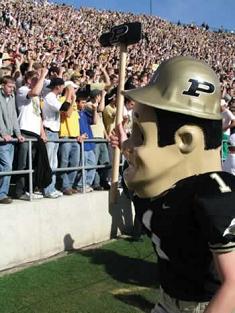 PURDUE | ■ ½ □ □ □Highs: Drew Brees is from there, right?Lows: Makes South Bend look like West Hollywood.You'll want to keep the phrase "Past performance is no guarantee of future results" very much in the front of your mind as you weigh Purdue as an investment. Yes, the most recent Super Bowl MVP went there, and yes, we can still recall a time when they were ringing up eight, nine, or even 10 wins a year. Those days seem like an awful long time ago, though, and at this point the Boilermakers are anything but a mortal lock to beat the MAC teams on their schedule, much less their Big Ten competition. Danny Hope may yet prove to be an inspired choice to take the helm from long-serving coach/fund manager/Quaker Oats spokesperson Joe Tiller, but for right now, every step forward for this fund seems to be followed almost immediately by a step back. That might not be enough to deter the less risk-averse investors out there, but the rest should avoid adding Purdue to their portfolio until it starts showing greater returns. 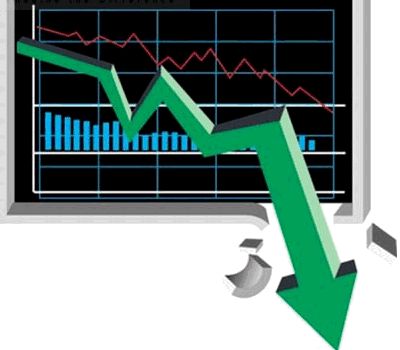 AKRON | XThe penny stocks of lower-tier conferences such as the MAC and the Sun Belt have never been a particularly solid base upon which to build one's retirement goals, but the more promising options in those conferences -- your Central Michigans, your Troys, your Northern Illinoises -- have at least offered a chance for novice investors to dip their toes in the water and perhaps come out with a short-term gain from a relatively minimal initial outlay. Even by those standards, though, Akron is a poor bet. The bowl berth from 2005 appears to be, in retrospect, a mirage; they haven't had a winning season since and are currently mired in an 0-10 season in which they've come within a single score of an opponent only twice. (One of those times was a home game against Gardner-Webb, their closest game of the season; they lost by 1.) Thus continues a three-year downward trend that shows little hope of any meaningful turnaround, particularly under a novice head coach whose loftiest title up to this point had been Charlie Weis' recruiting coordinator at Notre Dame. Oh, so you helped recruit the guys who went 20-26 over the last four seasons? Top score there, ace. Even for the minimal investment required of a low-to-mid-tier MAC team, putting money behind Akron at this point is basically the same as setting it on fire, and we have no choice but to give this fund our Not Acceptable rating.