The holiday season is upon us, and the home stretch of the 2010 season with it -- so it's time to start shopping for conference championship games. Once a niche product, the concept of a championship game has gone mainstream, and there are plenty of options out there, but which ones will give you the most bang for your buck? We took a group of conference title matchups into the Consumers Union labs for a full workout, and while we weren't able to get our hands on prototypes of the Pac-12 or Big Ten models just yet, we did find a couple that will be well worth your time. 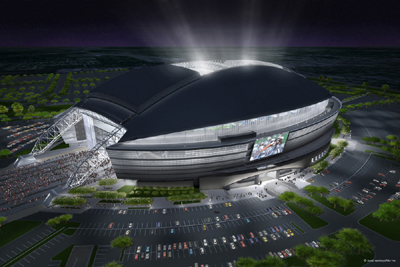 BIG XII (NEBRASKA vs. OKLAHOMA) | ■ ■ ■ ■ □
Highs: Historic matchup, amazing venue.
Lows: Buy now, as it's soon to be discontinued.
If the KitchenAid stand mixer and the new Chevrolet Camaro have taught us anything, it's that the right combination of retro styling and modern-day conveniences can be very appealing indeed. That seems to be the philosophy of the Big 12, whose latest offering takes a pair of teams that played a string of all-time classics during the 1970s and '80s and puts them in the Dallas Cowboys' palatial, hypermodern stadium for a night to remember. In the decades that have passed since the heyday of the Big 8, Nebraska has switched to the spread-option, while Oklahoma is now the kind of launch-it-down-the-field team that Barry Switzer would've scarcely been able to contemplate, but the rivalry is still there, and may only grow in animosity now that Nebraska is waving bye-bye for the Big Ten. And therein lies our biggest caveat with this game, as it goes out of production after this model year, leaving warranty support a big question mark (and good luck to anyone who has to go searching for replacement parts for the Nebraska component). If you're willing to take a chance on a game with a sketchy future, though, the 2010 Last Hurrah edition should provide some memorable entertainment. 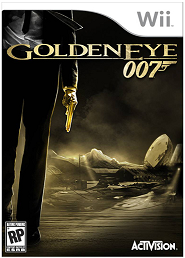 GOLDENEYE 007 (NINTENDO WII) | ■ ■ ■ ½ □Highs: Gameplay every bit as engaging as the N64 version, fantastic multiplayer mode.Lows: Graphics can get choppy, ineligible for national-title game.Strictly speaking, it's not a conference championship matchup, but in terms of entertainment value most of this year's title tilts are likely to pale in comparison to this game, without which no holiday gift guide would be complete. Far from just being a back-catalogue cash-in from ActiVision, the 2010 edition of "Goldeneye" takes everything that was great about the legendary Nintendo 64 version and updates it with refined game play, dramatically improved graphics and a multiplayer mode that will have you entranced for hours. The graphics are so detailed that they can sometimes get a little wonky in the more complicated action scenes -- a problem you're unlikely to have watching, say, Cam Newton blaze down the field in full HD -- and no matter how many missions you complete or enemies you kill, James Bond still isn't going to be eligible for a premier bowl game. Other than that minor lack of gravitas, though, there are far worse ways you could be spending your Saturday afternoon. 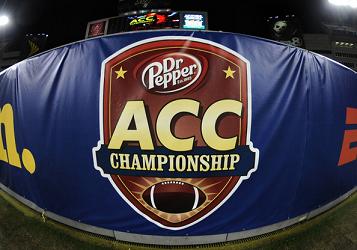 ACC (VIRGINIA TECH vs. FLORIDA STATE) | ■ ■ ■ □ □Highs: The ACC actually scared up two decent teams to play in it.Lows: Spotty track record, requires spending time in Charlotte.For proof that even an overweight, lame, developmentally disabled leopard can change its spots, look no further than this year's ACC title bout. We were just as turned off as everyone else by the Atlantic Coast Conference's early offerings in this category, which served as nothing more than a reminder that the company's engineers didn't quite have their act together; anytime you're asking people to buy into a rain-soaked 9-6 cripplefight from which Wake Forest emerges wearing the conference crown, you know you haven't spent nearly enough time or resources in R&D. The 2010 model, though, features two storied programs -- one of them a one-time juggernaut that appears to finally be working its way back to respectability after years of mediocrity -- in what could be one of the weekend's better games. Note that we said "could be": Given this game's track record, we wouldn't be surprised to see Virginia Tech's offense inexplicably go into a shell, or watch FSU's defense collapse in a heap and give up 50 points. If you're brave or looking to get a jump on the next trendy thing, though, this could be the game for you.

SEC (AUBURN vs. SOUTH CAROLINA) | ■ ■ ½ □ □Highs: Actual national-title implications, toasty-warm facility.Lows: Distinct sense of deja vu, high probability of a recall.Long the national standard for games of this type, the SEC's product has slipped a little bit for 2010. All the important parts are there: at least one team angling for a shot at the national title, a truckload of memorable players, rabid fan bases, an excellent venue in one of the nation's CFB-friendliest cities. You can't help but feeling, though, that this game is a retread -- this exact same matchup was played just 10 weeks ago, in fact -- and at this point there's no overwhelming reason to think the outcome will be any different from what it was the first time around. Of more glaring concern are the ethical questions swirling around the Auburn sideline, which mean this product could get yanked off the shelves at any moment, potentially leaving consumers high and dry. Should still be a good game, but if it's a classic you want, pop in a videotape of the 2008 or '97 versions -- more suspense, and a safer investment to boot. 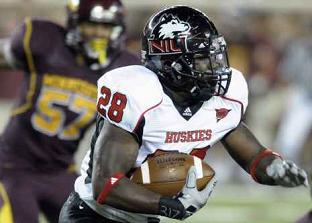 MAC (NORTHERN ILLINOIS vs. MIAMI-OHIO) | ■ ■ □ □ □Highs: Great facility, opportunity to see NIU's Oregon-lite offense.Lows: Either contestant would basically be a light snack for any of the teams mentioned above.In a vacuum -- perhaps the Dyson DC25, our top-rated vacuum cleaner for 2010 -- this would be a terrific game. On one sideline you've got Miami-Ohio, the once-legendary "Cradle of Coaches," which has fought its way back from a miserable stretch in the mid-2000s to reclaim its mantle as a MAC power; on the other you've got Northern Illinois, an upstart that's made a strong bid for conference-juggernaut status on the basis of an offense that can fly down the field and ring up 28 points in the time it took you to go to the kitchen and make some nachos. Yet no matter how good the game is on paper, you just can't quite escape the feeling that it's lacking in gravitas; NIU managed to lose to Iowa State and Illinois earlier in the season, while Miami gave up 51 points to Missouri and lost by six TDs at Cincy just a couple weeks later. No matter how many bells and whistles these programs might have between them, the manufacturer is obviously working out some major quality kinks. At budget prices, the MAC title game remains a good buy, but it doesn't strike us as something you'll keep around for the long haul. 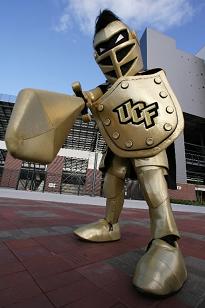 CONFERENCE USA (UCF vs. SOUTHERN METHODIST) | ■ ■ □ □ □
Highs: Exciting offenses, proximity to Disneyworld.Lows: Sort of feels and looks like the generic Walmart version of a Texas-Florida matchup.We admit it's hard to put our finger on just exactly why we remain un-enthused about this game. SMU, after all, is finally achieving some consistent success after two decades in the post-death-penalty wilderness, while UCF has a strong case to make that they're actually the second-best college football program in the state of Florida right now. And yet we still feel like we're being sold a false bill of goods. Maybe it's because, like our two MAC title contenders, both the Mustangs and the Knights have already been proven inferior to a collection of BCS-conference also-rans. Maybe it's the knowledge that both teams are playing for nothing more than the right to scrap with an SEC mediocrity in the Liberty Bowl. (Or maybe it's the initials. Initials imply directionals, and nothing good ever came of a matchup of two directional schools.) Either way, this game has the look and feel of a game you'd see at the climax of a direct-to-DVD movie about college football, one where the producers weren't allowed to portray actual college teams. Good for some white noise to have on in the room while you're catching up on some weekend ironing, but you're unlikely to remember anything that happened five minutes after it's over. 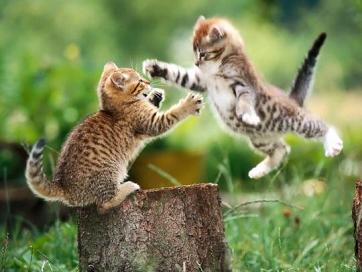 BIG EAST (CONNECTICUT vs. WHOEVER) | XStrictly speaking, this isn't a conference championship game, as it is not set off from the Big East's regular season in any way. Of course, strictly speaking, the Big East isn't actually a conference, or at least it hasn't bothered to look like one this season. Here's the deal: If Connecticut wins this weekend -- against South Florida, from what we've been told, though it could be pretty much anyone -- they win the Big East with an 8-4 record. If they lose and West Virginia wins, then West Virginia wins the conference crown. Of course, if they both lose and Pittsburgh wins, then . . . seriously, are you still even reading at this point? This set of instructions is way too complicated for the average consumer to figure out, and even if you manage to get things squared away, you're still faced with a situation where you're going to watch two mules fight over a turnip for 60 minutes, and the winning mule gets to swipe a Fiesta Bowl bid that at least two dozen other BCS-conference teams have done vastly more to deserve. We're told that this manufacturer is scheduled to finally get its act together in a couple years, when at least you'll be able to watch TCU run roughshod over everyone to earn that automatic BCS slot, but until then we have no qualms about giving the Big East's de facto championship game a Not Acceptable rating.