OHHHH GOD IF ARTUR BORUC HAD A LIST OF TEAMS IN COLLEGE FOOTBALL THAT REFLECTED HIS RAGE OVER BEING FALSELY ACCUSED OF SEXUAL HARASSMENT AGAIN THESE WOULD BE THOSE TEAMS!!! AND FOR THIS WEEK ONLY, REMEMBER, SINCE THESE RANKINGS ONLY GO FOR INDIVIDUAL PERFORMANCES ON THE WEEK! IF YOU DON'T UNDERSTAND THAT YOU ARE STUPIDER THAN CORN! WHICH WE ALL SHOULD HATE!!!!! 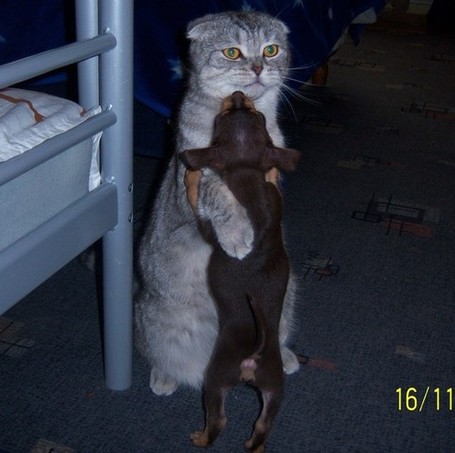 So much power. Please hold me.

1. BOISE STATE. Pat Hill will play anyone anywhere, and sometimes he'll show up and get destroyed to the tune of 51-0 by a team that didn't even get its killbot on until the third quarter. The box score is a snuff film: 31 first downs to 9 for Fresno, 516 to 125 in total yardage, 82 plays to 51 run in favor of the Broncos, one dead Pat Hill, his mustache weeping over his body prone on the sideline...there's just blood all over the place here, and it can't all be Pat's, man. Fresno may be a mere toddler compared to the full-grown man that is this Boise team, but let us award credit: when you step into the ring with Boise, they don't just patronize the toddler and tap it out gently like some teams would. No sir, Chris Petersen cracks a table over that toddler's forehead, punts them out of the ring, and then begins the real work before a perfunctory and gloating painful submission move. 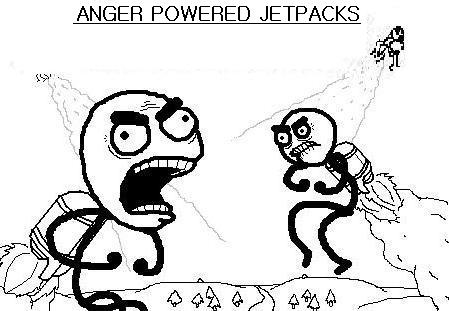 2. OHIO STATE. Oh, maybe you misunderstand POWER. Jim Tressel with a three point win on the road under a gray sky? Him, standing on the sidelines with a boner clearly tucked under the waistband of his pants as his supremely talented team is throttled down to eke out a win that says, "Sure, we could have beaten you by twenty, but isn't it so much worse if I'm letting you stay right here, just inches from me, always chasing something you can smell and almost taste, but not quite? Isn't it real power to hold the carrot an inch from the mule's nose?" Oh, if you're Jim Tressel it is, who beams like a sweater-cozied homing beacon of pure happiness every time his team wins a game by three points. Other indications of Tressel's happiness reaching MAXIMUM POWER: beating the dealer by one in blackjack, doing exactly one mile over the speed limit on cruise control, writing checks for bills that are over by one cent, and walking just a hair in front of you when you're supposed to be walking side by side. 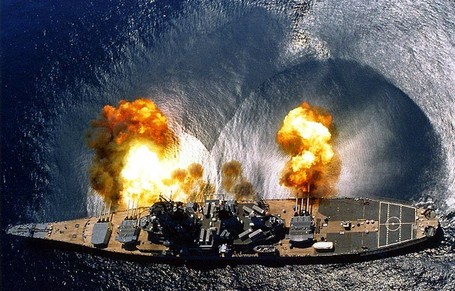 3. STANFORD. Stanford, oh, Buddy Teevens never really did uncover the RAW PREPPY POWER lying underneath your meek surface. If Stanford is the old guard university that suddenly remembered what got its founders so rich--killing, stealing, and burning opposition to the ground by any means necessary--then its reincarnated savage Pilgrim is Jim Harbaugh, the wild-eyed totem for the Cardinal's revival who has two settings: a.) sleep, and b.) kill. Stanford took back the axe, buried it in Cal's chest, and then asked Jeff Tedford's dead corpse to try getting a table at Dorsia now. (That's the rhetorical equivalent of rolling up 45 points on your rival before they so much as make a futile peep.) 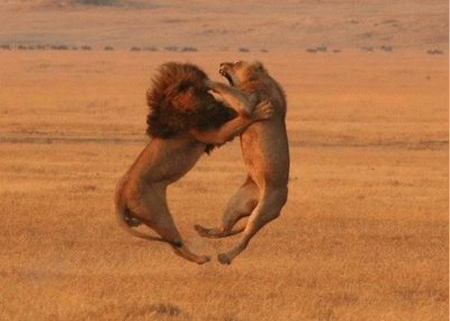 OH EVEN LIONS CRAVE THE RAW POWER OF OTHER LIONS.

4. TEXAS TECH. Seriously, Tommy Tuberville must have taken the week off and gone hunting, because 64 points against Weber State is against several of the codes of Tubervilleness. THE BIG 12'S RUBBING OFF ON YOU AND WE DON'T LIKE IT. Soon you'll be eschewing defense altogether and agreeing with everything Mack Brown says, and then the inevitable wacky player treatment scandal, and then the firing, and finally some kind of Switzer post-coaching afterlife where you show up in an afro wig for public events and make mournful appearances in documentaries. ("I never gave Daniel Cobb the respect he deserved, mostly because he didn't deserve it, because he was horrible.") 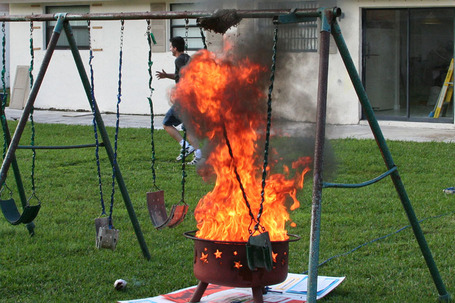 OH BEES YOU TOO FEEL THE POWER OF RAW FIRE POWER

5. SOUTH CAROLINA. Bro-power can take us to outer space. It can take us to exotic planets filled with sexual women with sexual needs and sexual thoughts. When you go to those places, you will need bro-power, both to keep them in check after you give them the sweet fierce bro-sevelting they will crave and need, and then to tell them to go to the mall or something when they get all clingy and stuff and want to show you paint samples or some shit, because as a bro you're basically colorblind and WTF paint samples? The bro to do that will be Astronaut Stephen Garcia, who will lead the way to the stars by scoring awesome poitn totals like 69 over the Troy Trojans, who simply couldn't handle all the Cock that got crammed into them Saturday on the Garcia "We Shall Bro-vercome" Victory Tour of the SEC East and beyond.

The name of that planet, by the way, will be Heranus, and you will own it. GET IT BROS? INNUENDO POWER IS POWER. 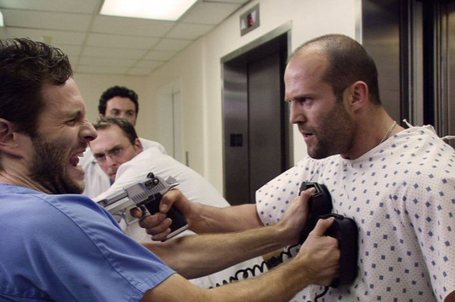 4. Michigan State in any other year but this one. 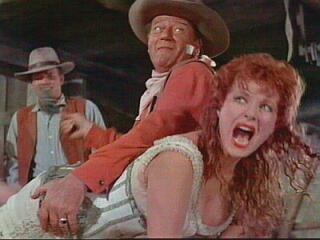 OH FEEL THE POWER OF THE ORIGINAL SPANKMASTER

6. A young Beethoven in Immortal Beloved.*

*More of a beating, but in Germany they would call it "affection."

2. The City of Jacksonville