Peter returns this week with a shirtless Spurrier and a pocket full of hot gambling victory. Okay, we put Spurrier in there, and Peter's just got your usual wagering wisdom in the cutthroat year that has been in sportsbooking. Remember: WHO DARES WINS. Follow him at @clevelandfrowns on Twitter and at Cleveland Frowns. 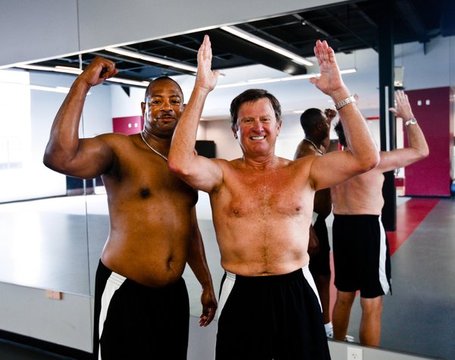 On October 10th, South Carolina thrashed a top-ranked Alabama team that ran through Florida a week before. A week later, the Gators lost to Mississippi State after managing 7 points in Starkville. Two weeks after that, Auburn was the last undefeated team in the SEC after dominating wins over Arkansas and LSU. Now, five weeks later, Cam Newton's dad is the subject of thirty-six Joe Schad reports and Florida's a touchdown favorite over the Gamecocks to play for the SEC Championship for the ninety-third consecutive season.

What can you say? The more the rules are set up so that folks want to break them, the harder it gets to close the gap on the folks who first figure out how best to do it.

Steve Spurrier was on ESPN at halftime of last night's Pitt/UConn game for a sad scene. His program has a chance to play for the SEC title for the first time in history, but his primary talking points were the early season wins over Georgia and Alabama, and that it's really not a big game for the Cocks this weekend ("Don't listen to Stephen when he goes and does the talking thing."). What a death march. What a bummer for South Carolina to have lost top corner Chris Culliver for the season. When it happens at Florida, you just pull a redshirt off one of your five-star QB/WR recruits and teach him real quick how to run backwards. If he gets sad about it, just have him call Joe. Florida -6.5 over South Carolina (9 units) (7:20 PM ET, ESPN).

Auburn. At least they're trying. But I'd like Georgia here even without the unprecedented legal shitstorm thing. Though if I'm someone with a vested interest in the survival of the current power structure, I'd want Auburn out of the national title picture as quickly as possible. Georgia +7.5 over Auburn (9 units) (3:35 PM ET, CBS). 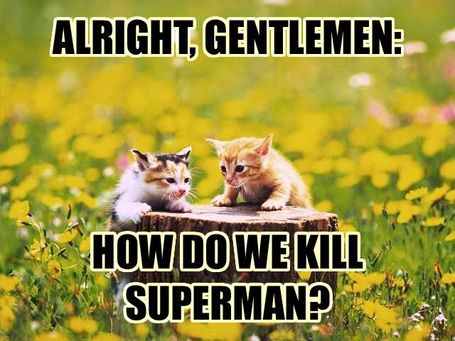 The against-all-odds winner in all of this is Dan Mullen, who's obviously got it going on. It's a fine line between snitches get stitches and revolution. And when Doc Saturday talks about point spreads, we're all ears:

If the same team had a more blue-chip brand on the side of its helmet, the two-touchdown spread in Tuscaloosa would look outrageous. Mississippi State +13 over Alabama (9 units) (7:20 PM ET, ESPN2).

It's been awhile since we've dropped in on South Bend, and we took a hard one with Utah +5 last week, the worst pick of the season here so far. Both Utah and Notre Dame have gotten over this season on Wannstache, who himself is currently lined up for a BCS bowl. It makes as much sense as anything to just take the points here. Here's the Irish's chance to beat a ranked team. Notre Dame +5.5 over Utah (6 units) (2:35 PM ET, NBC).

We'll close out with Penn State +18 over Ohio State (4 units) (3:35 PM ET, ABC) this weekend, mostly because of this headline in the Pittsburgh Tribune-Review: "Huge point spread motivates Penn State." It's rare to see a team with its head in the game like this, and as long as they're motivated enough to lose 30-13, we'll be fine. Plus, I went to Happy Valley for last year's game, and have some inside information.

It turns out that after the Taliban was driven out of Afghanistan, they wound up in Pennsylvania, where they've installed a regime by which grocery stores are barred from selling beer or booze. You can't buy beer and booze at the same place either. There are separate stores for each of these things, so if you want to warm up with a cup of whiskey while you make beer cheese dip, you have to go to three different places to get everything you need. The point is that traveling Penn State fans will have extra time and energy on the road this week, and we should be wary of what they might do with it. They better get their cash out of the bank while they're still at home, though, because the Greater Pittsburgh Meth Collective hasn't had as much success with its lobbying efforts in Columbus as it has in Harrisburg.* 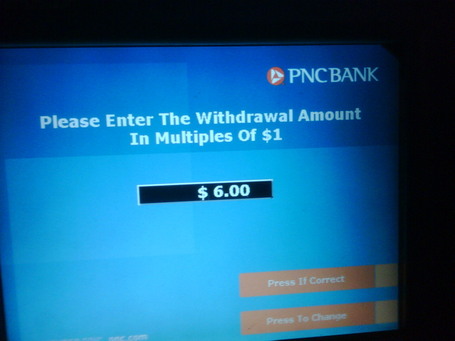 That's all for this week. Your feedback on these picks and the rest is necessary as always. Y'all were right about Utah last week, and depressed_dawg was as right as anyone's ever been about anything. Thanks, thanks. Hope everyone enjoys the weekend.

(I'm 22-25-4 (-12 units) picking this season against the spread so far here and 25-26-4 (-10 units) counting the additional picks published at Cleveland Frowns. (NOTE: One unit is one percent of your bankroll for the season. My wagering system is explained here.).

*All this aside, Happy Valley is as good a place for a college football game as I've ever been.