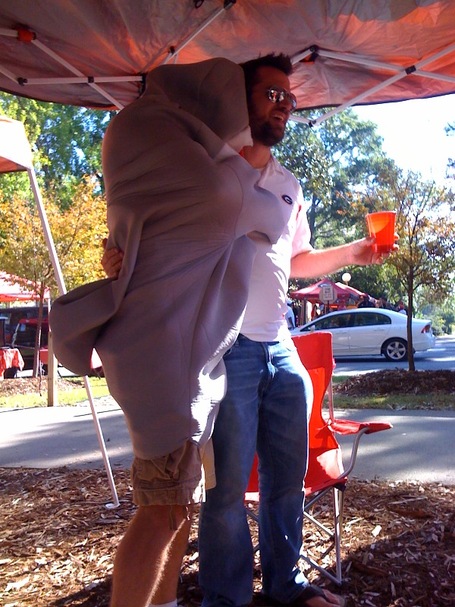 We're coming to you LIVE from the FAILista Bowl Presented By Cymbalta. Cymbalta: where does football hurt? (Answer: everywhere for Tennessee and Georgia.) This medication may not prevent shark attack, so consult your doctor before using.

Thanks to the magic of wireless we'll be with you through the second shift without the inconvenience of leaving the tailgate itself. The early shirt is for the dogs, and that's not a pun: it's a positively canine slate of games, from Ohio State/Indiana to Tennessee/Georgia to Boston College/ NC State. Crap in 360 degrees, but it's football and there's Chik-Fil-A party trays all around, so enjoy and say hello if you're on the UGA campus.