Share All sharing options for: THE CFB BUYERS' GUIDE: CONFERENCES

Once again, EDSBS and Consumers Union have teamed up to ensure that you get the absolute best value for your college football dollar. This week we brought some entire conferences into our state-of-the-art testing lab, and the results may surprise you -- unless you caught the last five minutes of Saturday's LSU-Tennessee game, in which case you have achieved a state of human evolution that can be described as "post-surprise" and where you are incapable of being shocked by anything again, ever. 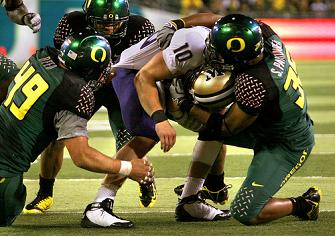 PAC-10 | ■ ■ ■ ■ □
Highs: Processes touchdowns with blazing speed and efficiency, spectacular cheerleading squads across the board.
Lows: Still untested against real defenses, tacky color schemes, smells like patchouli.
We're just as surprised as you are: How did this brand, long associated with nonexistent defense and various strains of West Coast elitism, rise to the top of our ratings, particularly in a year when its top-selling USC product underwent an embarrassing recall? Simple -- because Oregon, Stanford, and Arizona stepped up to the plate to make the battle for a Rose Bowl berth one of the most exciting conference races we've seen in a long while. And even mid-range offerings such as Oregon State, USC, and California are going to win enough games to make things interesting. Across the board, the Pac-10's product line features quad-core processors that execute even the most complicated scoring tasks in the blink of an eye, and while we still don't have enough data to determine how they'll perform when put up against the tough defenses of other conferences, they've been designed with plenty of backup power: If the team crashes or starts running slowly, just switch to "graphics-only" mode and watch the lovely cheerleaders until the system is back on line again. That's the kind of no-stone-unturned engineering we can applaud, and at least for this model year, it earns our top score in the class. 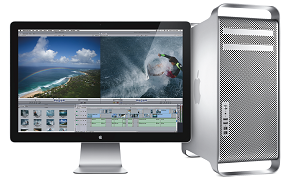 APPLE MAC PRO | ■ ■ ■ ½ □Highs: Sleek design, great for audio/video editing, unsurpassed tech support.Lows: Expensive, delicate, even the on/off switch is confusing.Nearly matching the Pac-10 in speed and processing power, and falling just short on durability, is Apple's venerable line of intuitively designed desktops. It looks way better than those godawful Oregon unis and, in addition, is far superior in memory-intensive tasks such as editing and playing high-definition graphics and video. (By comparison, we asked LaMichael James to put together a highlight reel of his big plays from the Stanford game, and the best he could come up with was a picture of himself with the words "I RUN FAST" scrawled across it in MS Paint.) Now, you're not going to want to put one of these up against an SEC defensive line on a weekly basis, and by the way, if you're spending thousands of dollars on a computer, shouldn't you be able to find the power button without calling tech support? Other than those inconveniences, however, the Mac Pro earns its billing as a leader in the class. 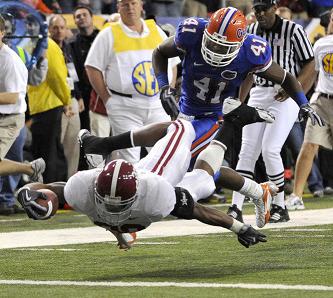 SOUTHEASTERN CONFERENCE | ■ ■ ■ □ □Highs: Great defenses, great coeds, probably going to win the national title again.Lows: Too much equipment is proprietary, can be unpredictable.I know that SEC fans, who compose the majority of this website's readership, are already composing their furious comments/e-mails/notes tied to bricks and thrown through windows. But even the most loyal devotees of this brand have to concede that it's been coasting on its high-end products for a couple years now. Yes, the items at the top of the model range will beat anything out there, but you get toward the middle of the product line and you start to uncover lots of flaws. You may be attracted to the brand name, but do you really want to put your faith in Ole Miss this year? Or Tennessee? Or an LSU team whose victories make you wonder if some bartender at the Buffalo WIld Wings in Baton Rouge might actually be controlling things through a top-secret communications system? (And let's not even talk about Georgia, a once-venerable offering that underwent a disastrous redesign for 2010 -- processor knocked back to 486 speed; DVD-R drive replaced with an 8-track player.) There also seems to be a certain degree of chauvinism engineered into these teams' designs, as you can barely get their highly proprietary hardware to even acknowledge the existence of other conferences' equipment. If you can afford the Alabama or Auburn units at the top of the line, jump on them, but if you're on a more modest budget you'd be well served by at least doing some intraleague comparison shopping. 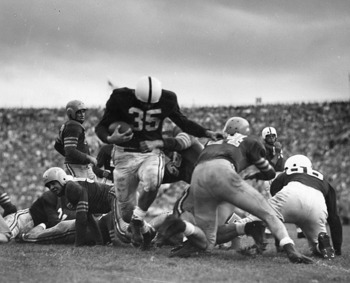 BIG TEN | ■ ■ ½ □ □Highs: Time-tested brand with a terrific quality-control record.Lows: Bulky design, slow, invariably crashes when it tries to run equipment or apps from other conferences.The Big Ten has been in this business a long time, so it only figures they'd win points for an easy-to-understand interface and a high degree of user-friendliness. Unfortunately, with a few exceptions -- the recently redesigned Michigan unit being perhaps the most notable -- this brand's processing speeds are starting to get left in the dust. And be very careful about trying to attach it to peripherals from other manufacturers; more than once we've tried to plug in a unit from the SEC or Big 12 and ended up being greeted by the dreaded Blue Screen of Death. After three hours on the phone with tech support and two weeks in the conference's central repair facility, we came to regret that decision. Nothing wrong with a safe brand name, but we'd temper our expectations. 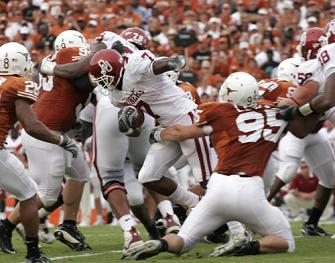 BIG 12 | ■ ■ ½ □ □Highs: Speedy, great value for money, compatible with other systems.Lows: Company's financial troubles make its products a risky buy.There's no denying that the Big 12 puts out some of the most exciting products in the business; if what you need is graphics or gaming speed, you can't do much better. But the company has been, to put it mildly, a bit of a mess over the last few years. The products have lapsed a little in quality control -- who thought they'd ever see Texas kicked up and down the field by UCLA? aside from anyone who was around during the Mackovic years, of course? -- while the company itself had to fend off a hostile takeover bid by the Pac-10 just a few months ago. Now they've announced they'll be paring down their product line over the next few years, which doesn't inspire confidence: Who wants to invest big money in a shiny new team when they're not even sure there'll be a conference around to support it? We ordinarily recommend against blowing money on extended warranties, but that might not be the worst play here. 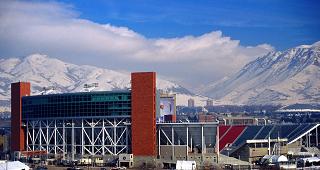 MOUNTAIN WEST | ■ ■ □ □ □Highs: Practically guaranteed to put a team in the BCS, soon to expand its product line.Lows: Top-heavy, still can't match the name brands' computing power overall.A budget-priced brand that's experienced its share of lineup shuffling over the years, the MWC seems to be making a bid to play with the big boys. Frankly, we're not 100-percent convinced they're ready. Like the SEC, the Mountain West has a group of top-of-the-line offerings that can play with anyone out there, but you get below that and you're basically dealing with a bunch of glorified pocket calculators. Nice scenery, and the acquisition of Boise State, Nevada and Fresno State might earn them BCS-qualifier status, but until then we have to relegate this brand to the bottom half of our rankings. 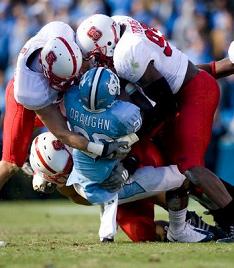 ATLANTIC COAST CONFERENCE | ■ ½ □ □ □Highs: Compact, reliable, great for beginning users.Lows: Too many products that seem to fill the same purpose; no special features whatsoever.How do you avoid the Mountain West's problem of having a top-heavy product line? If you're the ACC, you do it by engineering solid mediocrity across the board. Few of their products qualify as horrendously awful; fewer still can be described as "elite." And don't go looking for the advanced features that have become standard on some of the other brands. Spread offense? Uh, our R&D people are still working on that. Victory in a BCS bowl? Yeah, maybe, if the network's up (which it never is). It's a straightforward, intellectually non-challenging league that'd probably be great if you're trying to introduce your six-year-old niece or nephew to college football for the first time, but that's kind of the problem. If the ACC were a car, it'd be a Toyota Camry -- a bland, serviceable item where you know exactly what you're getting; if it weren't for the fact that your dad passed it down to you, you wouldn't get excited about it at all. 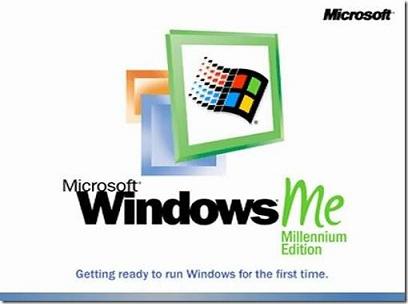 BIG EAST | XThere's a very good chance that one of the following will earn a BCS auto-bid this year: a team that got taken to overtime by Marshall; a team that lost by two TDs to Temple; a team that lost by four TDs to Miami, at home; or a team that just got punked by Tulane. For that, you can thank the Big East, a league that is perhaps a better argument for the Mountain West's prospective BCS status than anything the Mountain West itself has actually done. The BE did an admirable job of keeping its head above water in the years immediately following its raping and pillaging at the hands of the ACC, but first Petrino left, then Rodriguez, and now the league just looks like a bunch of FCS squads who got on the wrong bus by mistake and were rewarded with the opportunity to watch their champion get dumptrucked in the Orange or Sugar bowls. Until major upgrades are made, we have to give the Big East our Not Acceptable rating.