Share All sharing options for: THE CFB BUYERS' GUIDE: QUARTERBACKS

You've worked hard, and perhaps done some unspeakably depraved things, to earn your pay. Each week EDSBS teams up with the product-testing gangstas at Consumers Union to help you decide how to spend it wisely. This week we took a group of name-brand college quarterbacks into CU's state-of-the-art lab and rated them on everything from accuracy and arm strength to punctuality and skills with the ladies. You can find our rankings and conclusions below. 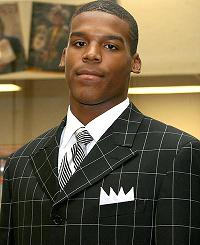 CAMERON NEWTON (AUBURN) | ■ ■ ■ ■ ½
Highs: Unbeatable versatility with consummate professionalism; always provides service with a smile.
Lows: Spends a minimal amount of time in the air; watch your personal belongings.
After having toiled for a year or so as a small regional brand, Newton has evidently decided it's time to aim for the big time, and we're inclined to agree with him. We witnessed him in action this past weekend on his home field in Auburn, Alabama, and were stunned by his commitment to customer service: He ran, he threw, he wowed booth announcers, he got up in the stands and danced with the  fans. If he ever decides to run for office, there'll be no stopping him. Some will find it inconvenient that he's the point man on what is actually just the nation's 85th-ranked passing offense, so be advised that finding a departure time that fits with your travel schedule might be a hassle. We've also heard reports of sloppy baggage handling, as several passengers have reported some personal belongings going missing in his presence. Even with these minor quibbles, though, Newton is a remarkably efficient way to get where you're going. Stay tuned for news of a direct route to New York City opening this December. 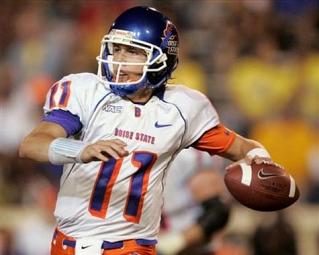 KELLEN MOORE (BOISE STATE) | ■ ■ ■ ■ □
Highs: Remarkable efficiency, unsurpassed value for money.
Lows: Doesn't travel to many of the more popular tourist destinations; Bama bangs are so two years ago.
Surprised to find a couple of low-cost upstart carriers muscling their way to the top of our Rankings? Don't be -- Boise State has developed an impressive track record over a number of years, during which time they've gone from regional niche line to a company that can go toe-to-toe with the legacy carriers. They're now led by Moore, who leads the nation in efficiency and has assembled a record of consistency that should quell most of the fears about his still-unfamiliar brand name. Directly comparing Moore with his rivals is tough, as Boise State doesn't offer service to some of the more heavily trafficked college-football travel spots; apparently they've taken a page from Southwest's book and concentrated on "alternative" destinations such as Reno, Fresno, and San Jose. It's looking more and more like they've established a nice little center of operations in Glendale, Arizona, though -- a venue they could turn into their very own "fortress hub" come January. 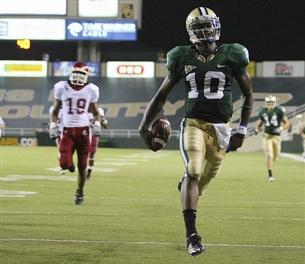 ROBERT GRIFFIN iii (BAYLOR) | ■ ■ ■ ■ □
Highs: Excellent service both in the air and on the ground.
Lows: Support staff can be an issue with these low-cost carriers.
For years Baylor has been a boutique business patronized almost exclusively by Baptists (and the occasional C-USA team). Under the direction of do-everything QB Griffin, though, they seem poised to take a big step forward in terms of national stature. They've already left several of their big local rivals in their dust: Did you know that Baylor is actually in sole possession of first place in the Big 12 South at the moment? (And that if the regular season ended today, the final conference championship game in Big 12 history would pit Baylor against Missouri? Rest assured that while we may be a bunch of wonky, number-driven consumer scientists, we find this every bit as hilarious as you do.) Griffin, currently averaging more than 350 yards of total offense per game, has proven he has what it takes to go the distance and get his customers where they're going safely. His supporting cast might be a little iffy, but he could still be opening up new routes to New York or San Diego in the next couple months. 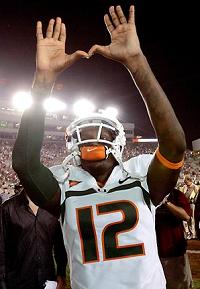 JACORY HARRIS (MIAMI) | ■ ■ ■ □ □Highs: Swift, stylish, definitely the hip choice.Lows: Disturbing habit of wandering off course and ending up at the wrong spot.This charismatic Miami-based carrier is for those who consider the journey more important than the destination. When you're flying with Harris, you travel with great speed, and you're never anything less than entertained. There's just one problem: Once you're in the air with Harris, you're never quite sure where you're actually going to end up. Bought a ticket to Miami? You're just as likely to end up in Tallahassee, Columbus, or even tiny Clemson, South Carolina (which we weren't aware even had an airport). But hey, sometimes that's just the price of being an intrepid traveler. If your business is pleasure, and your pleasure lies in adventure, you'll hop on board with Jacory Harris and never look back. 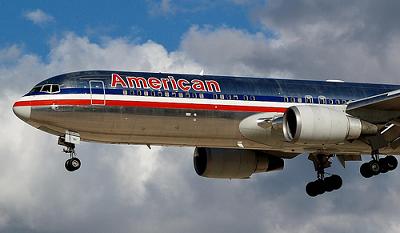 AMERICAN AIRLINES | ■ ■ □ □ □Highs: Modern fleet, vast array of destinations and code-share options.Lows: Punitive baggage fees, constant delay-of-game penalties.American's been around longer than any of the other carriers in this comparison test, they've got a vastly larger fleet, they go to more destinations. So why are they languishing in the middle of the pack? Two reasons: One, they charge way too much for extra bags. (We asked Jacory Harris to carry our suitcases and he did it for free; Cam Newton asked us, unsolicited, if he could carry them and still managed to run a five-second 40 while lugging a pair of oversized Samsonites.) Second, their on-time performance quite simply sucks. It's all well and good to intimidate opposing DBs with a Boeing 767 pointed directly at them, but if that plane just ends up sitting on the taxiway until the play clock runs out, then that's not really effective time management, is it? (Sit down, Coach Miles, your objections have been noted.) Perhaps it's time for this venerable name brand to get off its laurels and re-evaluate its commitment to customer service. 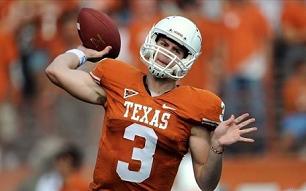 Highs: Strong arm, better escapability than you'd think.Lows: Poor decision-making, questionable leadership.Some have expressed surprise that this longtime premium carrier is now sitting near the bottom of the Rankings. We kind of saw it coming, as Texas management has steadily been reducing frills for some time now. First they stripped out the running game; then they started charging extra for pass protection, which made the service optional even on long-distance flights. Without these services, it's no wonder Gilbert is struggling, though he's not helping his own cause with a series of questionable decisions. Seriously, the stone hands of Iowa State's defensive backs are the only reason Gilbert got out of that game with only three INTs rather than six or seven. We dearly respect this carrier for its rich history, but until management can get their heads screwed on straight and come up with a strategic plan other than "circular firing squad," we'd be wary about flying with them. 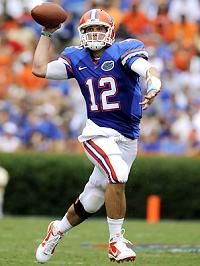 JOHN BRANTLEY (FLORIDA) | ■ ■ □ □ □Highs: Durable, fluid throwing motion, always says "please" and "yes ma'am."Lows: Management shakeup has resulted in dramatically decreased performance.Here's another legacy carrier that all of a sudden seems to have taken a nosedive. Some people will point the blame at a recent fleet overhaul that saw the big, reliable Tim Tebow replaced with the smaller, supposedly speedier Brantley, but the problems run far deeper. Like Texas, this carrier has assembled a string of highly questionable management decisions that threaten to ruin its reputation; they've got a sprawling, disorganized route network to which their equipment is ill-suited, and their flight crews are young and poorly trained. There's still time for someone to crack the whip and get things back on track for what has become a customary holiday flight to Atlanta for Brantley and the Gators, but it's going to be a bumpy ride regardless. 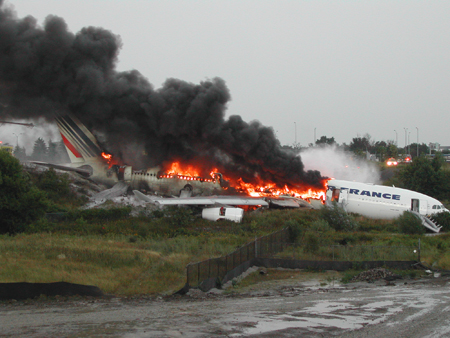 JORDAN JEFFERSON (LSU) | XIf you watched any of Saturday's CBS broadcast of the Auburn-LSU game, you probably got the same impression we did that Gary Danielson was only a few moments away from storming out of the booth, taking off his belt, and giving Jordan Jefferson the whuppin' of a lifetime. The thing is, he wouldn't have been entirely unjustified. Whatever else you can say about LSU these days -- and you can say plenty -- it's not like they've suddenly been reduced to scraping the bottom of the barrel in recruiting, so what the hell is a starting LSU quarterback doing with a per-game average of fewer than 80 yards and a 2/8 TD/INT ratio (besides perhaps auditioning for the lead role in "It's Just a Game, Dawg: The Reggie Ball Story")? You could blame it on the Crowton Factor, and yeah, that certainly has something to do with it, but there's something else going on here. And until we find out what that is, we have no choice but to give Jefferson our Not Acceptable rating and warn travelers to stay far, far away.