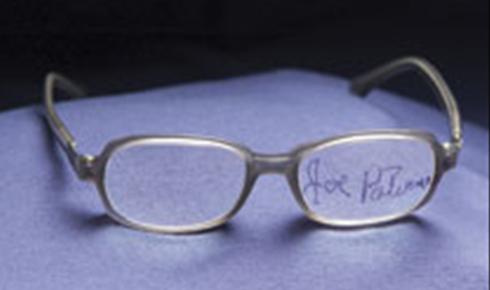 Go buy Joe Pa's glasses, which are not only autographed by him, but were taken off his head by a Penn State student. Paterno has no plans to get new glasses, and will instead soldier through the rest of his career without glasses since he telelocates with an elaborate sonar system, and has since 1975.

The whales will understand me.